A litre of oil = 270 ALL, experts: The government has the legal basis to intervene! 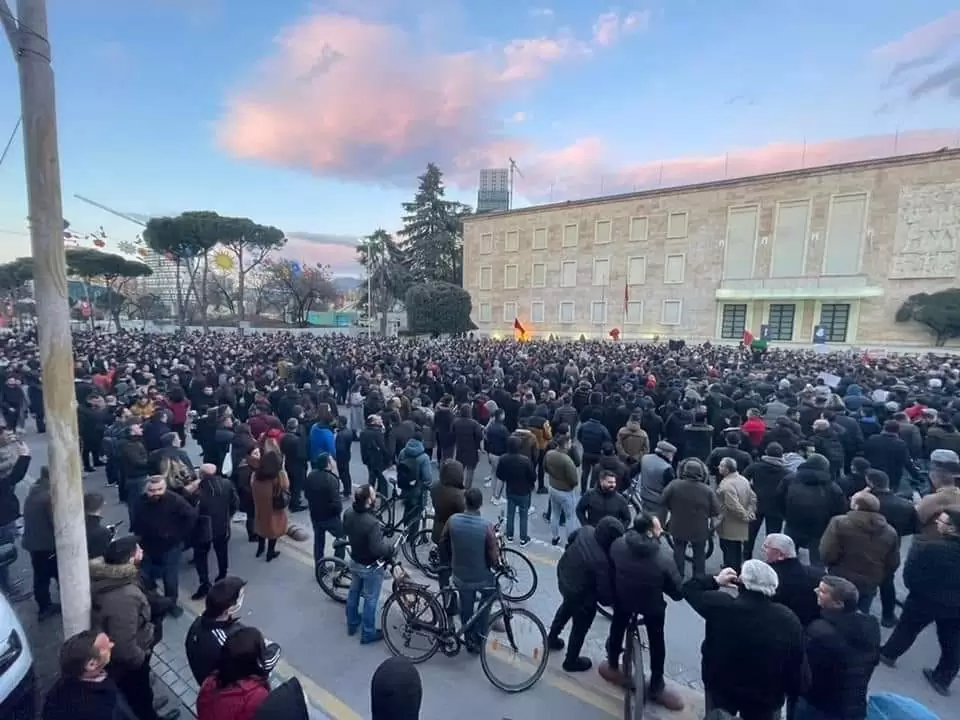 Although Prime Minister Rama stated that oil price doesn’t depend on the government and therefore it can’t intervene in the free market, experts provide the legal basis entitling the government to intervene on prevention of setting abusive prices in special market situations. On 25 February, The Competition Authority launched an investigation verifying whether or not abuses were present in the price of hydrocarbons. While such investigation is expected to last several months, citizens in the main cities of the country have started protesting. Faktoje calls attention to the fact that in 2016, the Competition Authority asked the government to establish a legal basis and an administrative infrastructure assisting the transparency of hydrocarbons’ price. Has the government thereby implemented such recommendation?!

‘I want to emphasize once more that oil price doesn’t depend on the government.’  – stated Prime Minister Edi Rama on 8 March 2022 during a press conference on ‘The war impact on energy and oil prices.’

Given this statement, Faktoje verified the Law No. 8450 ‘On the processing, transport and trade of oil, gas and their by-products. Article 7 hereby empowers the government to set ceiling or floor prices in specific market situations.

Several economics and finance experts also argue for Faktoje.al on how the government can intervene in high oil and gasoline prices aiming at protecting the consumer.

Enton Duro stated for Faktoje.al that turnover and carbon tax temporary abolition could be another option presently applicable to the government.

‘It should also consider the building of a joint capital refinery with Kosovo government guaranteeing national oil security in both countries.’ – emphasizes Duro.

The Professor Selami Xhepa also told Faktoje.al that time has now come for the government to reallocate budget support with priority to families in social programs, retirees and other vulnerable groups; as Greece and northern Macedonia did.

‘A war economy should function based on a different logic from that of normal times.’ -emphasised Xhepa for Faktoje.al.

Whereas, the expert, Mr. Eduard Gjokutaj, says for Faktoje.al that recalculations and audits of the existing elements should be made {taxes and fees} within the existing price structure. ‘Such a movement would serve the market clearing from the informality and corruption debate.’ – stated Gjokutaj for Faktoje.

One of the majority MPs, Mr. Erion Brace has proposed to the government the factual measures reducing abusive prices.

“1. Profit margin negotiated same as in the drug market for drugs;

2. Inventories of the oil amount that has been contracted, purchased, deposited, cleared, wholesaled and retailed, the time and price during that period in 2021 and in current months of 2022; The amount of oil that is currently in Albania today, the time when it was bought and the price at which it was bought;

3. Suspension of concession fees increasing the price in a litre of oil!’.

What is the burden of taxes and fees for a litre of oil? Seemingly, even the Prime Minister himself needed 48 hours to change his position regarding prices and free market. When people were protesting on abusive fuel prices in front of the Prime Minister’s Office, Rama, through social networks, said:

‘We shall intervene in any speculative trend affecting oil price, establishing the National Board of Fuel Administration within 48 hours, where the country’s suppliers will be at a table with the government to make all prices transparent on a daily basis and where the profit margin shall be determined at that table.’ Faktoje.al verified that National Board of Fuel Administration is an early recommendation made by the Competition Authority to the Rama 1 government in 2016 after closing a fuel market in-depth investigation.

Apart from this recommendation, the Competition Commission addressed three other recommendations to the government in 2016 with the aim to assist the control market abuse harming the end consumer. ‘If the government would take into account the investigation findings conducted in that period of time, the market would have more transparency today’ – emphasizes Lindita Lati Milo, Former Chairwoman of the Competition Authority.

The Competition Authority has currently reopened the investigation regarding oil and gasoline wholesale market. In its response to our interest, the institution writes as below:

‘The Competition Authority has already, since several weeks, placed the fuel market under monitoring and has launched an investigation, given that we don’t only share the same concern with you regarding the welfare of the consumer, but also due to legal obligations of the Authority’s operation. “ Document of the Competition Authority REPORT ON THE PROCESS OF RECONSTRUCTION - “Follow the money” reconstruction after November 26, 2019