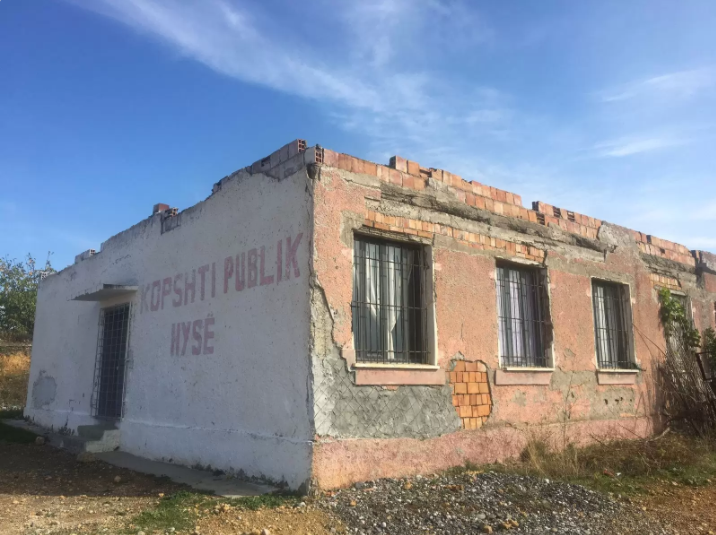 “All schools and kindergartens will be reconstructed. The projects are ready now”, – promised on June 6, 2019 the mayor of Belsh, Arif Tafani. Request for information addressed to the Municipality of Belsh on August 12, 2021.

Even though the legal deadline for the provision of a response by the municipality according to the law on the right of informationhas expired, this institution refuses to respond to us. Faktoje has issued a complaint on the abovementioned request, but it is yet to receive a response.

Search on the website of the Municipality of Belsh

In the middle of November Faktoje went in Belsh to fact-check if any of the schools or kindergartens in this municipality had been reconstructed.

The center of Belsh only has one kindergarten, which includes lunch hours and is located behind the building in which the Municipality of Belsh is located, in which an investment was carried out not too long ago. The setting of the kindergarten is not enough for the number of children in the city of Belsh. Parents state that they have to take their children in other improvised kindergartens, while they are also required to invest in order to extend the premises of the public kindergarten.

“We are waiting for a new kindergarten, since the existing one doesn’t have any more room for other children. A new building is required in the center of Belsh”, states Aneta Hysa, who admits to taking her child to school, which she deems to be an inappropriate setting for a kindergarten.

The kindergarten at the Hysa neighborhood is still in very poor conditions, despite the residents’ appeal for intervention. Photo of the Hysa kindergarten

“The kindergarten in which I have to take my son is in terrible conditions. No one thinks of us. It is not protected from weather conditions. We paid for the lights, we paid for the stove. Three groups of children are under to care of the same teacher and most importantly they don’t even provide good conditions in the bathrooms. We have issued a request to the municipality, but the conditions at the kindergarten have remained the same for years.”- states Z.V, a resident of the Hysa neighborhood.

Faktoje also found that some schools continue to be in very poor conditions.

Shtith kindergarten was in miserable conditions, especially the bathrooms in which the humidity had completely taken over of all walls. Photo of the bathrooms at the Shtith kindergarten The joint high school in Dëshiran is also in terrible conditions. The schools in Rrasa village require immediate intervention to improve the conditions for the learning process. Photo of the high school in Dëshiran

The only investment in the last two years was the one in the high school in the center of Belsh and the 9 year school. Faktoje had also previously followed the promises of the mayor of Belsh Arif Tafani related to the reconstruction of all schools and kindergartens, which continue to be unkept. Thus Faktoje has decided that based on the facts that it has gathered on the field to categorize the promise as UNKEPT.

The repair of village roads in Tirana had been promised, but the earthquake and pandemic 'shifted' the priority