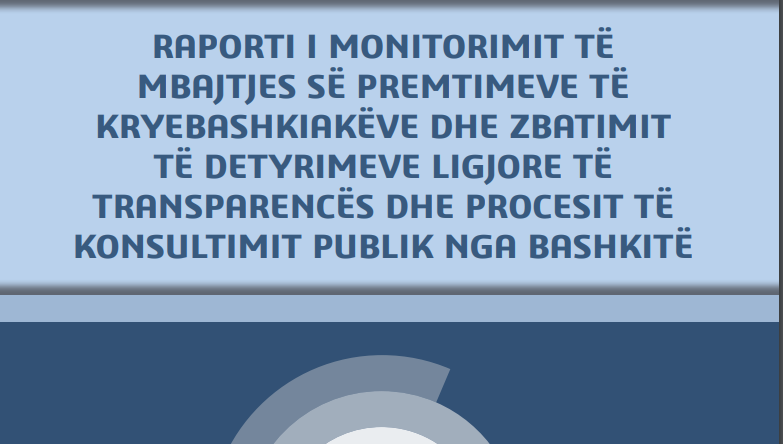 Faktoje shared and consulted the findings of the monitoring report on the level of transparency and accountability with representatives of 10 municipalities, local journalists, experts and civil society. The report was drafted in the framework of the “40 Promises in 10 Municipalities” project. This project, which is implemented by Faktoje and supported by National Endowment for Democracy (NED), includes findings on to what extent promises made during the latest local elections campaigns have been delivered on. 27 promises or about 68% of them, made by the current mayors, have been broken.

Faktoje presented the monitoring report in the framework of the “40 Promises in 10 Municipalities” project, inclusive of the municipalities of Shkodra, Lezha, Kukës, Belsh, Korça, Pustec, Vlora, Fier and Patos. In each of these municipalities, we selected 4 promises that mayors made during the latest local election campaign (except for one of Lezha Municipality promises related to housing issues after the November 16th earthquake).

In addition to fact-checking promises according to the standardized methodology followed by Faktoje, the experts’ team analyzed 15 indicators in order to assess the performance of each municipality in terms of transparency and accountability. These 15 indicators were generated by 3 laws, namely Law No. 119/2014 “On the Right to Information”, Law No. 139/2015 “On Local Self-Governance” and Law No. 146/2014 “On Public Notice and Consultation”.

Following the end of the project that took place during May 2020 – February 2021, Faktoje held online and physical meetings with each stakeholder in the municipality to share the findings that were reflected on the final monitoring report. On March 23rd a meeting was organized in Shkodra to present the monitoring findings in the framework of the “40 Promises in 10 Municipalities” project. Shkodra Municipality had reached 14 of the 15 reviewed indicators, i.e. 93.%. The sole indicator that was not achieved was the publication of the Municipal Council meetings minutes.

According to the Shkodra Municipal Council secretary, Denis Lesha, our monitoring had a positive impact on the improvement of local government structure responsibility in terms of transparency. However, he brought to our attention the issue of tight deadlines, provided for by the Law on the Right to Information, to prepare and submit voluminous documents, considering scarce human resources. *Images from the meeting in Shkodra

The last meeting for presenting the findings of the “40 Promises in 10 Municipalities” project was held in Fier, with the participation of local journalists, civil society actors, and municipality and prefecture representatives. The Municipality of Fier was found to perform least in terms of transparency and accountability, achieving only 40% of the indicators.

Journalists praised this way of presenting problems to citizens, whose mayors had repeatedly made the same promises. Among other things, many citizens raised other issues and proposed important subjects to the local community and to the public. The prefecture representative commended this project, saying that despite her position at the local government, she was faced with the same problems as other citizens. Patos municipality, which had reached 80% of indicators, refused to attend the meeting. However, local journalists and civil society actors participated and were interested in dealing with issues in the municipality by contributing ideas and topics that should be publicly discussed. * Images from the meeting for Fier and Patos municipality

On March 15th, the first meeting with Korça and Pustec municipalities was organized on Zoom, with the participation of journalists, civil society activists and municipality representatives. Faktoje presented data on the 15 indicators and the assessment methodology.

The Municipality of Korça is one of the three best performing municipalities in terms of achieving the indicators, which, according to the results of the report, were achieved at 86.6%.

On the other hand, the municipality of Pustec attained 40% of the monitored indicators. During the meeting with journalists, municipality representatives and civil society actors, Faktoje presented the findings of the report and discussed other subjects of interest to local communities. On March 17th, Faktoje introduced journalists, civil society members, and Elbasan and Belsh Municipalities on Zoom with the findings of the monitoring report.

Elbasan Municipality was low performing in terms of transparency, with a 46.6% attainment of indicators.

Similarly, the City of Belsh reached the same 46.6% of the indicators. During this meeting, journalists were concerned about the lack of transparency and difficulties to obtain public information from the municipalities, even through requests for information, which stems from Law No. 119/2014 “On the Right to Information”. Images from the meeting with Elbasan and Belsh Municipalities

On March 18th, Faktoje held an online meeting to present findings on Lezha municipality, in the attendance of journalists, activists, and municipality representatives. This municipality achieved 60 per cent of the indicators examined. During the meeting, the municipality representative, Elson Frroku, who is the Director of the European Integration Directorate, expressed reservations about the promises that Faktoje had fact checked. The journalists present at the meeting corroborated Faktoje’s conclusions, adding that they were important to the community. Images from the meeting in Lezha Municipality

On March 19th, an online meeting was organized to present the report findings to Vlora and Kukës Municipalities, with the participation of journalists, civil society members and local government representatives.

Vlora Municipality had achieved 86.6 % of indicators, and its representatives who attended the meeting commended the positive impact of the project to bringing awareness to the local government on transparency and accountability.

Kukës municipality was revealed to have reached 60 % of indicators.

Faktoje spoke to participants who expressed an interest in the findings of the report and how the fact-checking process delivered on each promise. Members of civil society gave ideas on other ways in which Faktoje could check the facts on various issues of additional interest to the community.

Both municipalities deemed the project as necessary for both citizens, because different vital issues such as water supply and infrastructure were addressed, and for presenting practices used by Faktoje to verify statements and promises made by politicians (10 mayors in the case of the project). *Images from the meeting in Vlora Municipality * Images from the meeting in Kukës Municipality

Some of the main findings of the monitoring report in the frame of the “40 Promises in 10 Municipalities” project are as follows:

The report with the findings on the “40 Promises in 10 Municipalities” project will be provided to the mayors of Shkodra, Lezha, Kukës, Elbasan, Belsh, Korça, Pustec, Fier, Patos and Vlora.

The “secret” invitation to the Albanian delegation in Dubai

Are Rama and Ahmetaj delivering on their promise of the 3-shift reconstruction pattern? 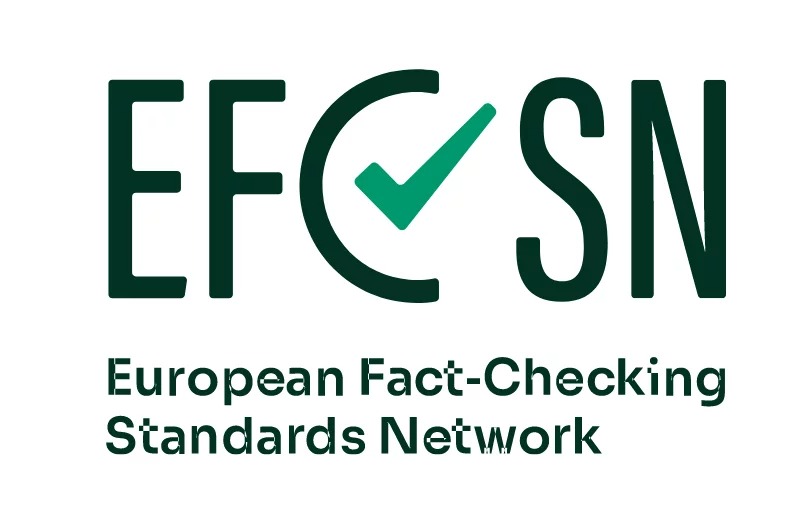 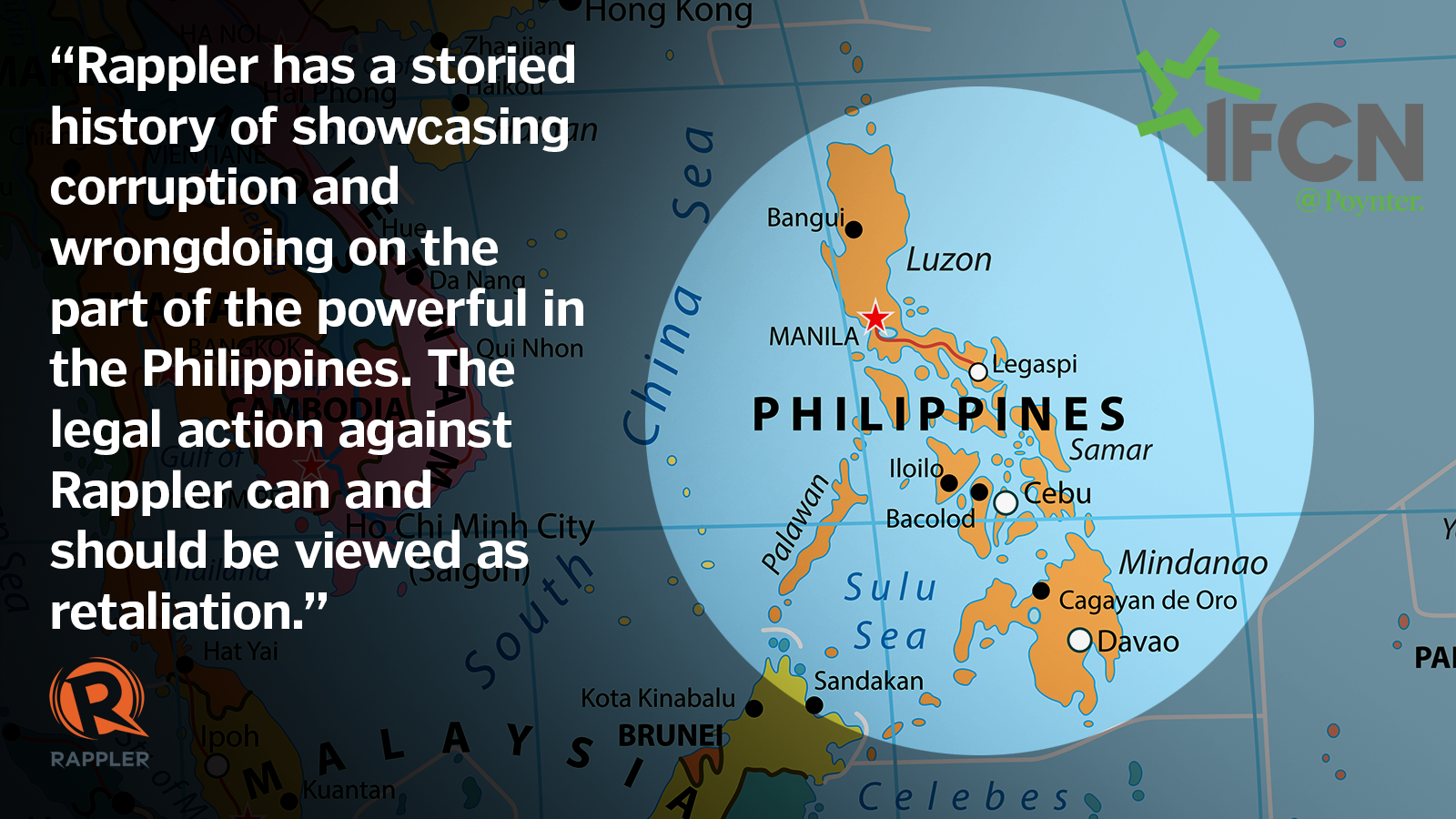 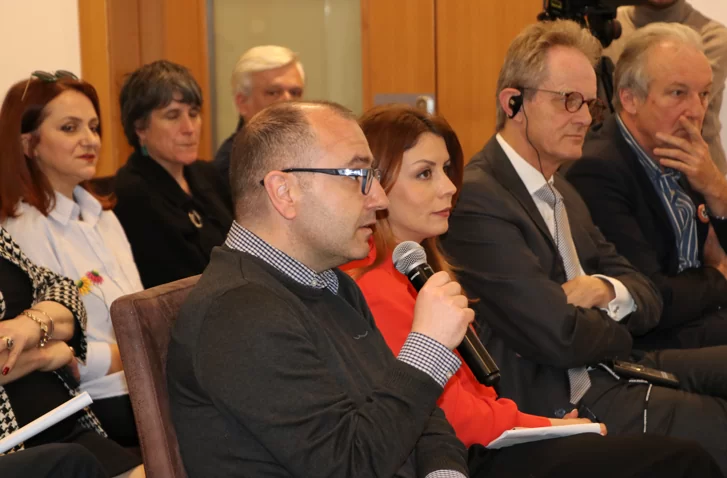