Pustec/Cleaning fee change did not resolve the waste issue 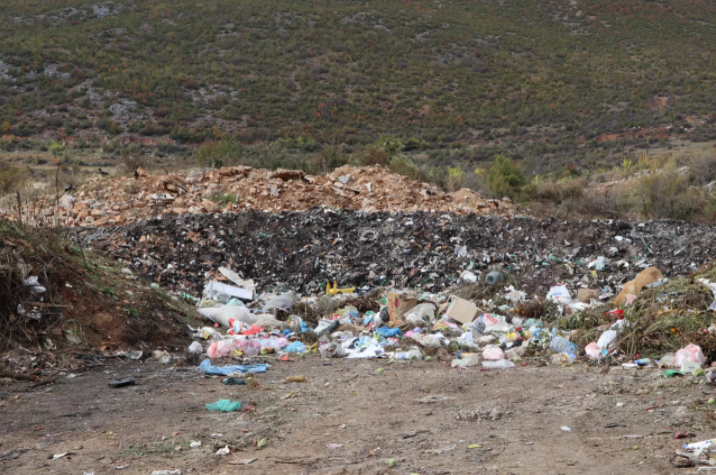 Pali Kolevski, during the introduction as a Pustec Mayor candidate in the elections of June 30, 2019, in the presence of Prime Minister Edi Rama, listed waste management as a priority of his program.

“Waste removal is a sensitive issue to be resolved promptly – he stated on June 16, 2019.

Faktoje submitted a request for information to Pustec Municipality two years after this promise, inquiring whether the waste issue had been resolved.

Request addressed to the municipality of Pustec

According to Pustec Municipality’s reply, the two dumping grounds where the waste of 8 villages is collected are yet to be closed.

“No, the two dumping grounds are yet to be closed; one in Gorica e Madhe where the waste of four villages in Gorica area is collected, and the other in Pustec, where the waste of four villages in Pustec area is collected. Their closure is yet to take place due to the delay in waste transportation to the Regional Sanitary Landfill in Maliq.” – Pustec Municipality’s official reply states.

unresolved is the lack of the compactor vehicle for waste transportation.

“Because the compactor vehicle for waste transportation has not been obtained, the Municipality has not begun transporting waste to the Regional Sanitary Landfill in Maliq.”

Despite Pustec Municipality changing the cleaning fee, which amounts to ALL 1600/year for households and ALL 15.000/year for businesses, the waste issue persists.

Faktoje visited the site on October 23, finding that the waste issue constitutes an ongoing concern to the residents.

“This has been going on for a while, nothing has changed. The odor is overwhelming. When too much waste collects, we burn it.” – K.L, a Gorica e Madhe resident, stated about the dumping ground where the waste of the 4 villages in the area is collected.

In addition to the foul odor, residents claim that the waste problem is interfering with crop growth, resulting in lower revenue for them.

“Due to the waste, we can neither open our windows, nor plant anything. This is a serious issue and we suffer losses” – a resident from Gorica e Madhe in her 60s stated. Following the verification at the Gorica e Madhe dumping ground, Faktoje went to the second dumping ground, where the waste of four villages in the Pustec Municipality is collected, and discovered a similar situation. Photo of the dumping ground of four Pustec villages

“Garbage trucks dump waste here and then leave without considering how it affects us” – S.T, a resident in the area, told Faktoje.

Faktoje has published previous articles regarding the lack of investments for the waste issue in Pustec. Based on the official replies and the on-site visit, we would categorize the promise of Pustec Mayor Pali Kolefski “Unkept”.

Gjinar of “100 villages”, the only investments were made by the residents