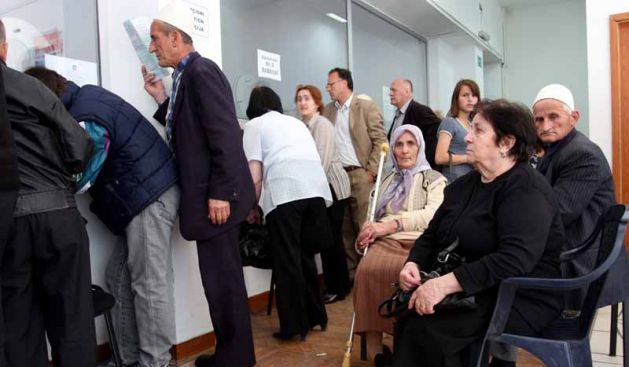 Since 2017, pensioners were expected to receive an additional 7-10 thousand ALL at the end of each year, in accordance with the SP’s electoral platform introduced four years prior. Based on the verifications conducted by “Faktoje”  referring to the sources of the Ministry of Finance, the said package has never exceeded 5 thousand ALL. Actually, in 2017 and 2019, the additional amount was 3 thousand ALL per pensioner, approximately thrice lower than the one promised.

In the electoral platform 2017, Government Rama had promised that the solidarity package for pensioners at the end of each year would be 7 to 10 thousand ALL.  The claim would be implemented starting in 2017. The total 4-year fund for approximately 650 thousand pensioners would amount to 24 billion ALL. Was this promise kept?

At the end of 2017, the end-of-year solidarity package for pensioners was 3 thousand ALL, not 7-10 thousand ALL as claimed in the SP’s electoral platform. According to official data, the total fund assigned to the pensioner bonus amounted to 2 billion ALL.

At the end of 2018, the solidarity package, also known as the end-of-year remuneration fund, was 5 thousand ALL, resulting in a total fund of 3.3 billion ALL according to official sources.

Similarly, according to official data at the Ministry of Finance, in 2019, pensioners received 3 thousand ALL, with the total allocated fund being 2 billion ALL.

In 2020, the end-of-year remuneration amount was 5 thousand ALL and the total allocated fund was 3.3 billion ALL.

The promise in regards to the remuneration of 650 thousand pensioners was kept neither in 2017-2018, nor in the past two years, when the country was hit by the earthquake and the pandemic.  The promised fund was 24 billion ALL, whereas the total allocated fund in 4 years was 10.6 billion ALL.

Based on the conducted fact-checking of the official data of the Ministry of Finance, we decided to consider the promise of the SP regarding the end-of-year remuneration claimed in the electoral platform 2017-2021 Unkept.