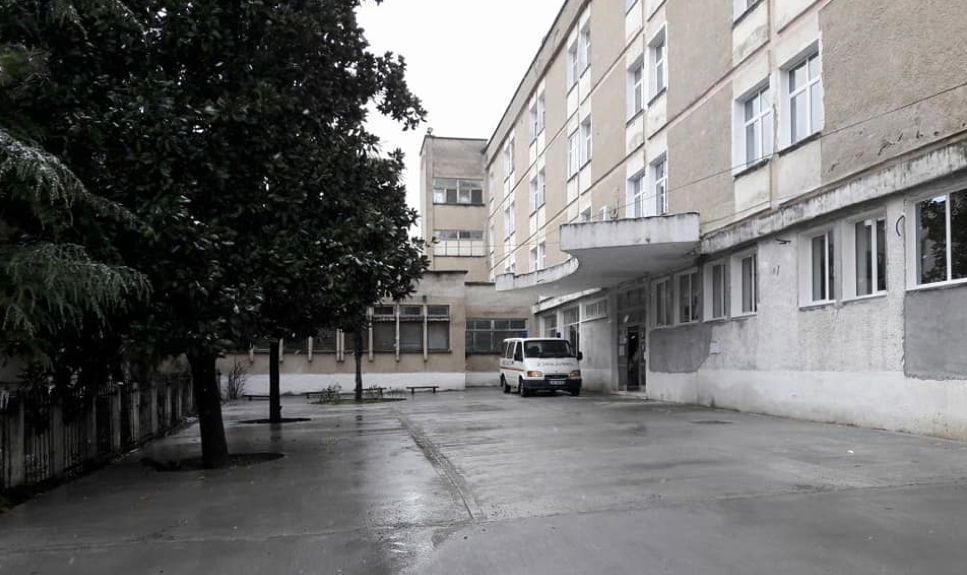 By Faktoje.al - 11 September, 2020
Local communities against disinformation and propaganda

The urgent need for health specialists resembles the emergency situation after 26 November, when the government had to call upon the older generation of engineers to handle the post-earthquake situation. The hospital of Gramsh, which currently covers the needs of 43 thousand inhabitants, is the most striking illustration of this situation, where 8 out of 11 specialist doctors, despite being of retirement age, have returned to their job, thus also endangering their health due to Covid-19.

Zamira Bezati is a hematologist and internist at the hospital of Gramsh. Although she is of retirement age at 65 years old, her service at the municipal hospital is necessary because there are no young specialists. Doctors of retirement age in Gramsh

Zamira is the youngest of the 8 doctors of retirement age who continue working with dedication in the hospital of Gramsh, which in total numbers 11 doctors. Even though vacant specialist positions at this hospital have been announced, no one has yet expressed any interest in working there.

The situation seems to be harder during the COVID-19 pandemic, while the doctors working there feel even more at risk due to their old age.

Dr. Bezati said that the specialization restrictions imposed in 2005 in particular, as well as other factors, brought about the current lack of doctors in the hospital. She foresees a problematic situation ahead if the government does not implement a stimulating policy incentivizing those who accept to work as doctors at the hospital of Gramsh.

“I am quite familiar with the situation at the hospital of Gramsh due to previous positions I have worked in. As a result of specialization restrictions, it was anticipated that we would only have one or two doctors, while the rest would retire. It is true that we are of retirement age, but we continue working as it is necessary! The city needs us! Of course, other cities also face the lack of specialist doctors. However, I must admit that our situation is quite dire. There are remote villages that require two hours to reach the city, such as Lenia, and other villages.” stated Dr. Bezati.

According to her, this situation does not solely affect the hospital care, but also primary care as Gramsh lacks many family physicians, as well.

“One doctor covers two health centers with about 7 to 8 thousand inhabitants each, which causes a lot of difficulty in providing the required level of service. The number of new doctors going to Germany has also affected the situation considerably. Out of our medical staff, at least 6 doctors have gone to regional hospitals, such as the ones in Elbasan, Tirana and mostly to Germany. There are currently only three medical interns in our hospital that have arrived recently and we are not yet certain whether they will remain to work in Gramsh”, said Dr. Bezati.

The solution she suggests is to incentivize those who choose to work in Gramsh, also asking young doctors to make a small sacrifice.

“It is quite difficult to make any sacrifices nowadays, but I would ask young doctors to make sacrifices as we did in the past. I was a young doctor once. I have been away for many years; I have sacrificed and do not regret it. I feel really morally appreciated by my community! Being quite isolated, Gramsh also requires some incentives from the government, such as increased or even doubled salary, to attract young doctors and thus revive the hospital.”

“Doctors of retirement age have had their contracts renewed and are currently working. We have issued notices and have announced the vacant positions. We await expressions of interest.”

As regards other incentivizing policies, Mrs. Lena said that their implementation lies with governmental institutions.

Hospital conditions may be another factor why young doctors refuse to work there. The equipment is old. The most “recent” investment in devices was for radiology, 15 years ago. The abdominal and gynecological ultrasound devices received in 2006 are currently out of order. The laboratory operates with the same equipment since 1998. Both buildings, the hospital and the maternity hospital, have a capacity of 120 beds. It is reported that there have been interventions made primarily to the emergency ward, but the old buildings require radical investment. Although the staff and the doctors said that they have contributed to the maintenance of the medical equipment and working spaces, the need for intervention is quite imperative.

Inside the hospital of Gramsh

The old equipment and poor conditions are two of the factors that cause inhabitants to turn to regional hospitals or those in Tirana; whereas those who lack the financial means are completely reliant on this hospital.

Inside the hospital of Gramsh

Aneta is the mother of a two-year-old child. She told us that she trusts the older pediatricians, but is obliged to visit a private pediatrician due to the lacking conditions at the hospital of Gramsh.

“Currently, it’s impossible for us to travel, as the situation in Tirana is quite grave due to Covid-19 and we are afraid that we may catch a disease.”, said she.

The only surgeon in the hospital, who is retired, performs the surgical procedures, which are gradually reducing in the municipal hospital of Gramsh as a result of the lack of specialists. Meanwhile, the number of patients visiting the hospitals of Elbasan or the capital’s are increasing along with the costs.

The contribution of doctors of retirement age to the hospital of Gramsh is appreciated by all of the inhabitants. They refer to the doctors as heroes and pray for their health. Hyqmet Hoxha is a retiree. Due to his illnesses, he has to visit the cardiologist at the hospital quite often.

“It is true that our doctors are few in number. They are also of retirement age like us and we pray to God that they remain in good health and be able to provide their services. We await new doctors to take their place, as they will one day want to just rest and enjoy their retirement age. Especially now during the Covid-19 situation, we cannot really move around and the doctors feel more at risk”, said Mr. Hoxha.

The nearest hospitals for patients, who cannot be treated in the hospital of Gramsh, are those in Peqin, Librazhd and Elbasan. However, based on our inquiry, the situation in these hospitals is not any better.

Xhulia Çela, the hospital director, stated that currently at the hospital there is only doctor, namely the head of the emergency service.

“We have submitted a request and are awaiting the announcement of a vacant position for this specialty. This is quite pressing due to the high number of emergencies, particularly during the pandemic.” she added.

There has been no gynecologist in this hospital either for four months now. The hospital management has requested that the retired doctor be contracted, but this did not happen. Asked by “Faktoje”, Director Çela stated that they will proceed with the procedure of announcing the vacant gynecologist position, but did not provide any explanation as to why this procedure took four months to be initiated.

Meanwhile, according to the online announcements on the Ministry of Health’s page, “Doctors for Albania”, the otorhinolaryngologist and radiologist positions are vacant at the hospital of Librazhd, whereas a radiologist is required in the hospital of Prrenjas.

The regional hospital of Elbasan has announced 8 vacant positions for specialties that are missing or are few in numbers to cover patients’ requirements. In May of this year, or two months after Covid-19 was declared a pandemic, the hospital of Elbasan requested a pneumologist and a resuscitator-anesthesiologist, as the previous doctor at the hospital had retired. The vacant positions were announced on “Doctors for Albania”. Currently, the vacant positions announced by the regional hospital include a neonatologist, a surgeon, an orthopedist, a urologist, an infectionist and an obstetrician-gynecologist.

Vacant position announcements for the hospital of Elbasan

Doctors’ leaving from the majority of health centers in the city of Elbasan is evident. While new doctors have filled in nearly 80% of positions in health centers, they leave soon after completing their internship, leaving patients at the mercy of fate or of retired doctors.

How effective is the plasma therapy method against COVID-19 in Albania?