The metamorphosis of Government / “War” and “peace” with cannabis 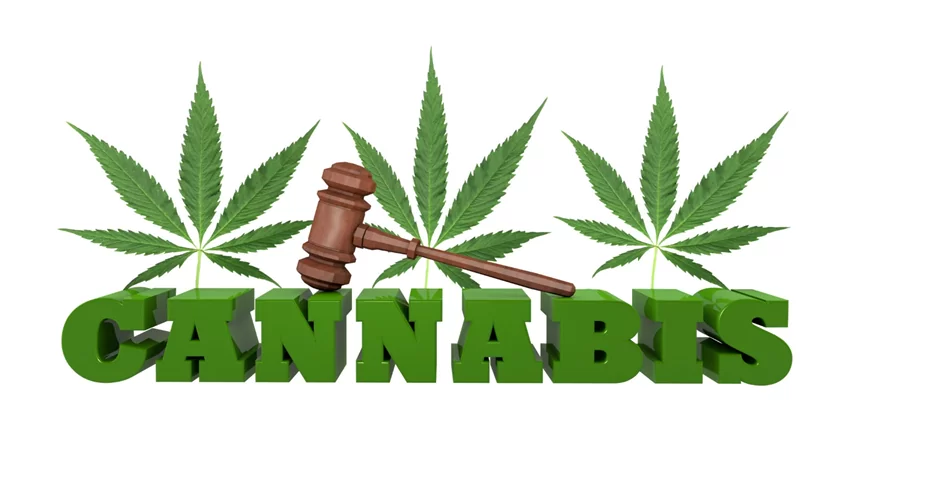 It took 9 years of government for the socialists to go from war to peace with cannabis. On 7 April, Prime Minister Edi Rama announced the legalization of cannabis by the government for medical purposes, while during the first governing mandate, the action against cannabis in the country was the battle horse for the Renaissance. Experts are for and against the initiative, however all of them agree on one thing: more transparency on the initiative.

“We will proceed as the citizens say, we will absolutely legalize cannabis for medical use and we will open a new front of work and economic growth, in addition to technological growth. There is no dilemma regarding this.”- said Prime Minister Edi Rama during the press conference presenting the results of opinions given by 563,195 citizens on the National Counselling.

But, how did the government change its mind after 8 years? Based on the statement of the Prime Minister, Faktoje has verified the opinions of the government related to cannabis over the years.

In 2014, the police intervention in Lazarat was the battle horse of the political and public discourse of the Rama 1 government. The idea of legalizing cannabis at this time was even a taboo.

“Marijuana legalization in Albania is a discussion that I would prefer not to do. We are currently focused on a war with zero tolerance.”- expressed Rama in April 2014 during an interview with Italian television Rai 1. At the time, the Prime Minister was not only proud of Lazarati’s action, but even warned that it was just the beginning.

“The Albanian people supported and greeted Lazarati’s super-action with such enthusiasm, for at least two reasons; First, for the state. The second, for justice.”- said in June 2014, precisely a year after coming into power.

However, a few months later, with the government being in euphoria of the war it had declared over cannabis cultivation, Socialist Party MP Koço Kokëdhima, tossed out the unimaginable idea of legalizing hashish for medical purposes.

“Can you think of saving this and license a reasonable product for export to the pharmaceutical industry, or we just have to eliminate it, because we are afraid,” – said Kokëdhima on 20 November 2014 during the economy and finance committee where the budget for agriculture was being discussed.

Kokëdhima’s proposal was opposed by the Socialists, but even by Edmond Panariti of the SMI, who was then Minister of Agriculture. 8 years later, Edmond Panariti shares the same opinion for Faktoje.

“Only Agriculture will save us from hunger and poverty, because Albania is agriculture! So, do not let medical hashish go astray, no matter how attractive and tempting it may seem. “Because the damage will be colossal and irreversible!” – reiterates Panariti.

Erion Braçe, the most critical voice of the Socialists, who in 2014 was the Chairman of the Committee on Economy and Finance, seems to be in the same line. The day Rama announced the results of the National Counselling, Braçe shared this message on Facebook.

“Economy and employment, production and incomes are here. “Neither in the warehouses of traders, nor in the bubbles bursting quickly.” – wrote Brace on his Facebook. “The upcoming years will show us more about how we will completely neutralize it in every place, not just the cultivation, but even the idea that drugs can be cultivated in Albania and you can get rich overnight by trafficking drugs.” stated Prime Minister Rama during the introduction of the Plan including the period 2017-2020.

However, years to come showed the opposite. Before ending of this ambitious plan, Prime Minister supported, for the first time, the idea of legalizing medical cannabis.

“We will not allow it without permission, we are studying the one with permission as others have already done it.” – said Rama in April 2020, invited to “Zonë e Lirë” show.

He actually turned the idea into a reality in May during a press conference on Europe Day revealing that the government had a year working on the draft law on legalizing hashish for medical purposes.

“We have been working on this for almost a year and it (the initiative for the legalization of cannabis for medical purposes) shall be ready in a while. “The draft will be ready very soon and will then be opened for public discussion” – said Rama.

A month later, Rama shared deadlines for passing the law which have been violated.  “The ambition is to get it through this parliamentary session.” – said Rama on 12 June 2020.

The draft remained in government drawers for almost two more years. Rama brought the issue of legalization back to attention when he published the 12 questions of the National Council on 18 January this year.

With the publication of the results of the Counselling, Rama won an argument to support the initiative in the eyes of opponents.

However, the Lawyer Mr. Adriatik Lapaj said for Faktoje that the National Counselling is an abuse of citizens’ voice justifying the policies they want to make by themselves. “If they really want to listen to the citizen, then it is enough to approve the law “On referendums in the Republic of Albania.” reiterated Lapaj. Meanwhile, the economics expert, Mrs. Irena Beqiraj, says that detailed economic analyses are needed in these cases because they are essential for a good public policy.

“Countries that have legalized cannabis have conducted cost-benefit analysis in monetary terms of the two cannabis policy options. They also had developed pharmaceutical or cosmetic industries (Canada, Germany, America). We do not have such industries. Even the production of raw materials for the cannabis pharmaceutical industry needs knowledge and research,” – said Beqiraj for Faktoje.

We also contacted the Former Socialist MP Koço Kokëdhima, the flag bearer of the idea of legalizing cannabis 8 years ago when the initiative seemed utopian.

“I do not want to fantasize about this matter; if you want to know the reasons, follow the beneficiaries. Who benefits? To get this job done, turning the page is not enough. If we do not know how to do it, the benefits shall be negligible.” – reiterates Kokëdhima adding that attitudes stem from leadership changes. Hence, he comments Rama’s change of attitude towards cannabis as below:

“There are always mysterious things in the decision-making of powerful people.”

Eduard Gjokutaj, an expert on fiscal policies, says for Faktoje that such initiatives need more transparency.

This idea has been put in place; however, it still lacks a draft for public consultation and discussion with experts of different sectors. No country has ever legalized a lucrative cannabis industry as much as the tobacco industry. “Given this fact, we simply do not know what is coming with this partial legalization.”

While Mark Crawford, Former President of the American Chamber of Commerce in Albania, has been and remains in favour of legalization.

“I go on supporting the idea of legalization, I was and I am in favour of it. I haven’t seen the draft yet. I don’t know how will it be addressed. No sector is a lifeline, but a bullet to shoot at economic problems. There was a lot of employment in Gjirokastra, but also in Tepelena, Dukagjin and Vlora; however, it was black employment, but why not legalize it, pay taxes, be in the system”- stated Krauford.

At least 52 countries around the world have already legalized cannabis. In most cases cannabis is legalized for medical use being produced and traded under special authorizations made by the government. In some countries, it is completely legalized, while others have allowed the legalization of cannabis for pharmaceutical products only. We still don’t know which countries Albania will belong to. Although there has been a talk for two years about a draft being ready and consulted with foreign and local experts the government, it has not yet made the document public.

700 kilowatts electricity consumption band; the 7 years that turned the nest of rascals” into innovative anti-crisis ideas