The children of Vora do not have the new public kindergarten yet. Despite numerous promises to give priority to educational facilities, the public kindergarten has not yet been built in this municipality. During an on-site verification, Faktoje found that the works for the new building had only started a month and a half ago, while the deadlines for its completion are unknown. Currently, the children are developing their learning process in a rented private house.

“The reconstruction of educational facilities continues as a priority”, the then-mayor of Vora, Gentian Picari, wrote in a post on Facebook on June 14, 2021. 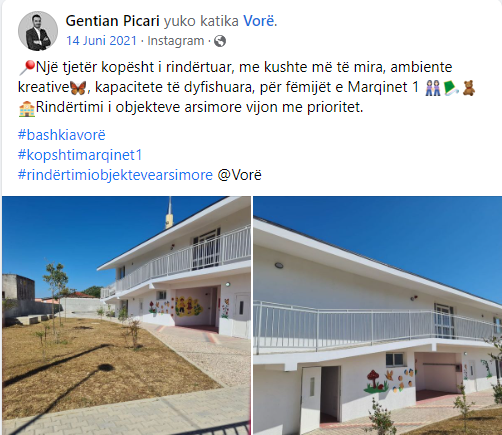 Screenshot, the post of the former mayor of Vora

In January this year, Faktoje found that the kindergarten had not yet started to be built, although educational facilities are considered a priority of this municipality, but also of the central government.

Due to the high public interest in the reconstruction of the kindergarten, we decided to do another verification on this issue. Initially, we addressed a request for information to the Municipality of Vora, but until the moment of publication of this article, we have not received a response. With the expiry of the legal deadlines for the Right to Information, we appealed to the Commissioner’s office.

Faktoje was in Vora on September 21, where we saw closely whether work had begun on the construction of the new public kindergarten. During our on-site verification, we found that more than a year and a half after the demolition of the old kindergarten, construction had finally begun. However, the facility was still under construction and it was clear that there was still work to be done.

The new public kindergarten being built in Vora, September 21, 2022

Faktoje talked to the manager of the works in this kindergarten, where we were told that it had only been a month and a half since the construction had started. At the construction site, there was no sign showing the deadlines for the works or any other details about the project, even though this is a legal obligation.

Asked by Faktoje about this, the head of the construction works said: “The permit has not been published and therefore there is no deadline for this.”

Currently, the kindergarten children are having their learning process in a rented 2-story apartment. The director of the kindergarten, Albana Muzhaqi, told Faktoje that they expect the new facilities that are being built to be installed by December.

“The kindergarten has 135 children, divided into three groups. We have 8 classrooms and 4 toilets. The hours of stay for children are 07:30-13:30, so lunch is not currently provided, but with the new kindergarten, we will have lunch as well. We are looking forward to it”, said Muzhaqi. 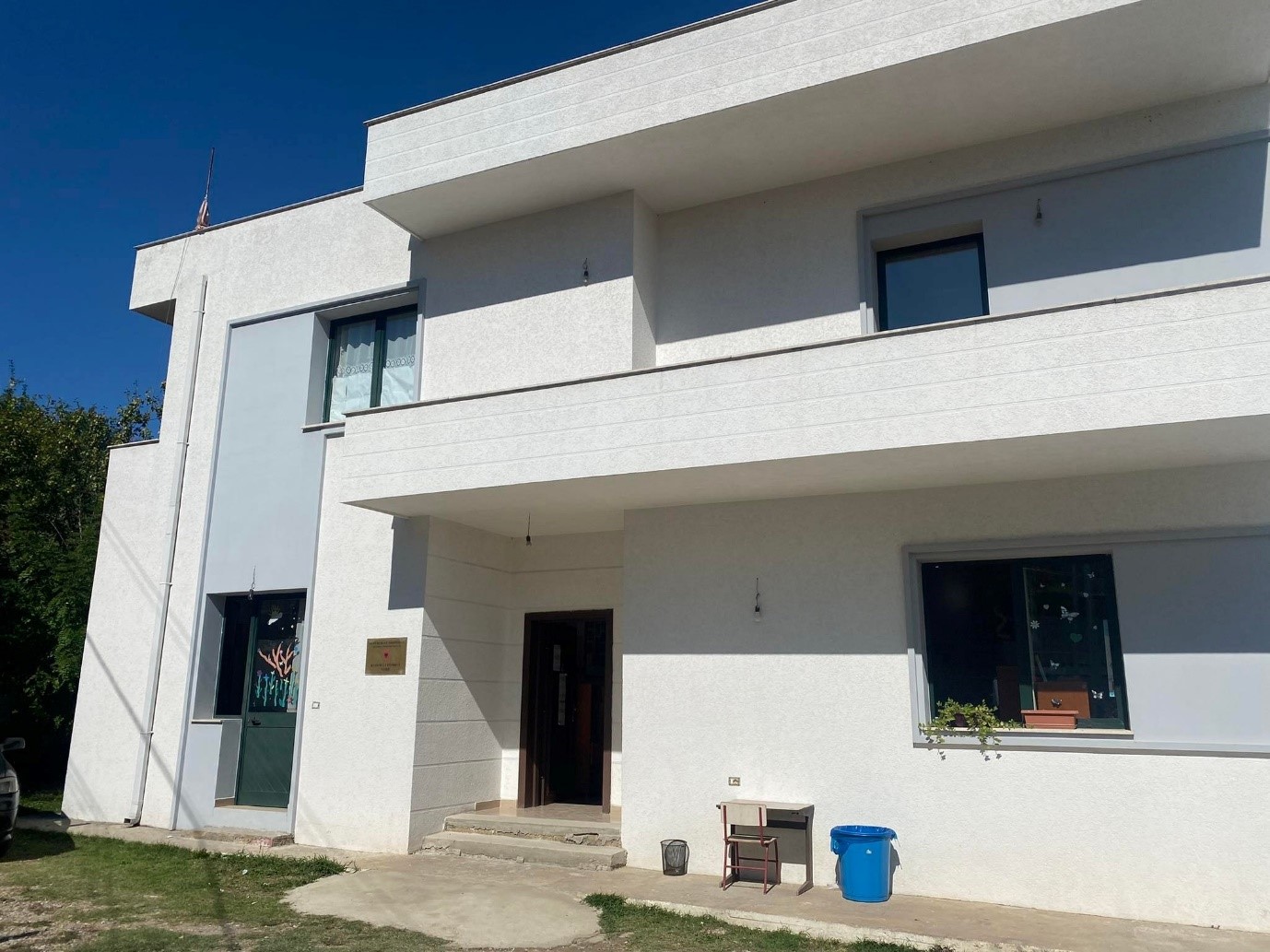 The building where the kindergarten children are currently staying, September 21, 2022

In its reply to Faktoje in October 2021, the Municipality of Vora informed us that the value of the project for the construction of the public kindergarten of Vora was ALL 88,433,787. 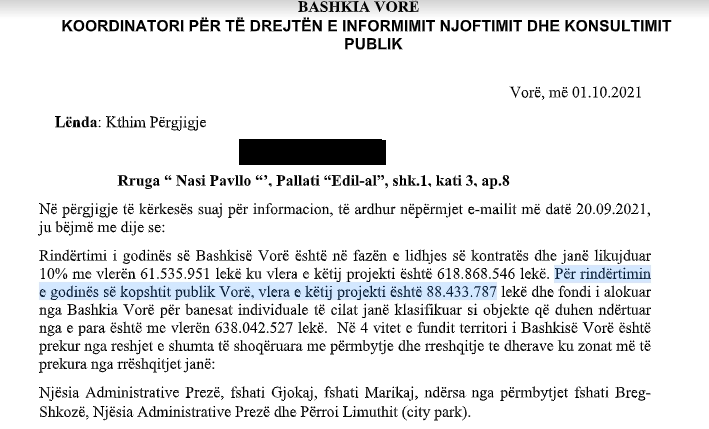 The reply of the Municipality of Vora, October 2021

Based on the on-site verification, we will categorize the promise to give priority to educational facilities, in this case the construction of the public kindergarten in Vora Municipality, as an ‘unkept promise’.

“Faktoje”, supported by the National Endowment for Democracy (NED), is monitoring 15 municipalities in the country and verifying whether mayors have kept the promises they hava made. 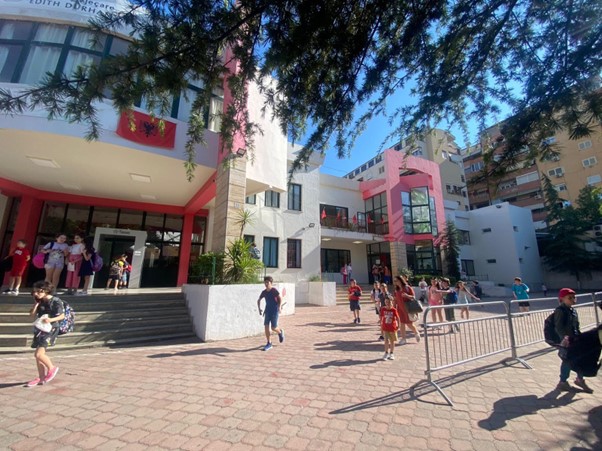 No more school shifts, a ‘serial’ promise not kept during mandates