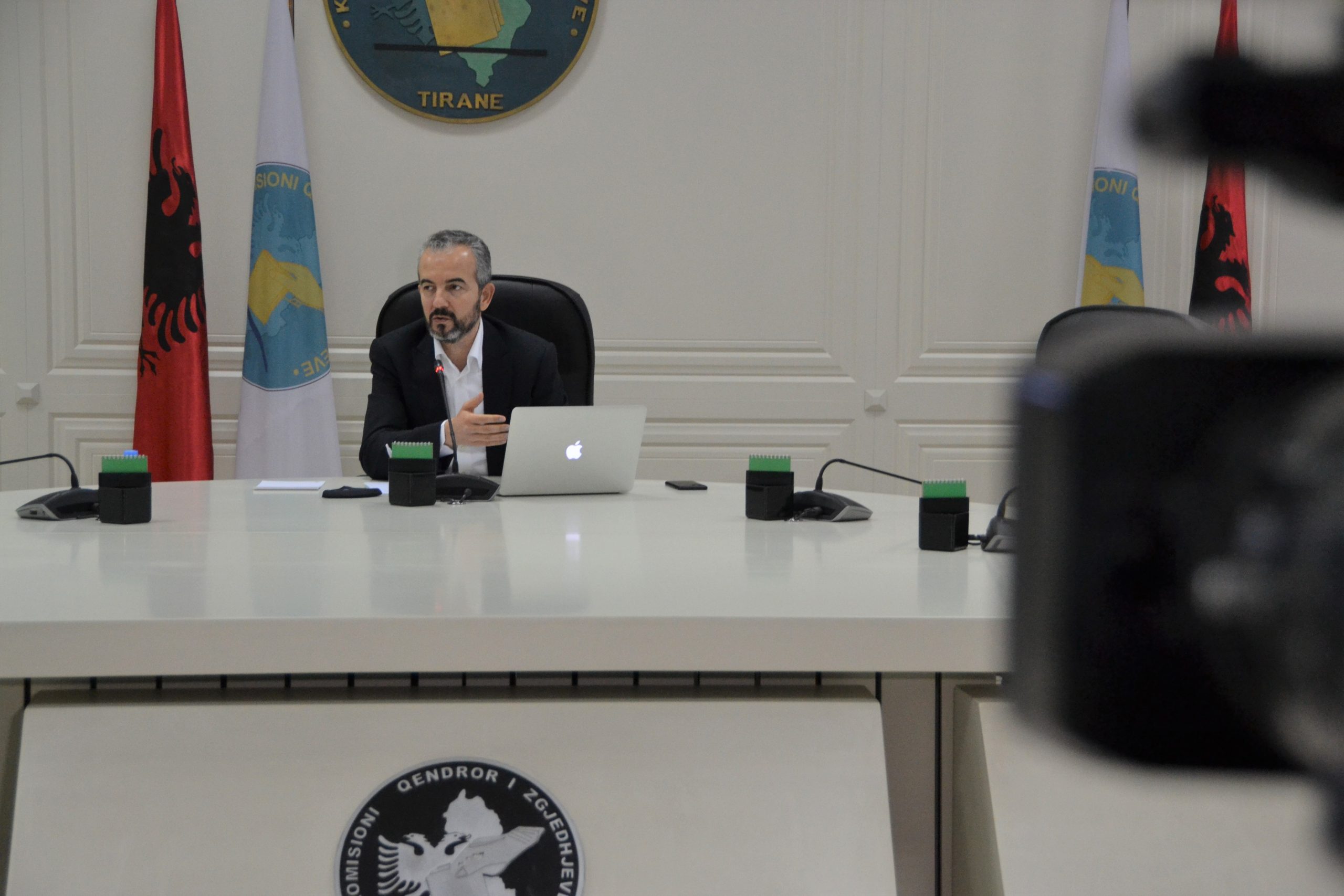 Since December 25th, the effective date of CEC’s decision on prohibiting several promotional activities by entities or political officials, at least 20 violations have been reported as of January 11th. The Mayor of Tirana, Mr. Veliaj, continues to promote the reconstructed dwellings, and has publicly challenged the CEC by labeling it a ‘table of analysts’. When questioned by “Faktoje”, the CEC Chairman, Mr. Celibashi, stated that he intends to observe the law as regards the entities under monitoring.

On January 7th, 2021, the Mayor of Tirana Erion Veliaj openly challenged the CEC institution that had announced the decision on prohibiting the promotional activity of several entities and officials on December 24th, 4 months before the election date. Amongst the prohibited activities is also the promotion of reconstructed buildings or buildings under construction due to natural disasters.

‘It is imperative to transform the CEC from an institution that acts as an analyst, to a serious one that does not conduct analysis that surpass the law. The law requires us to do this”- stated Mr. Veliaj, while handing over the keys of a reconstructed dwelling in Farka, thus repeatedly violating the CEC order. The activity was promoted on social media on January 7th, in addition to the promotion by the Municipality. Based on the verifications by “Faktoje”, Mr. Veliaj had also violated the decision on December 29th, in a similar activity.

On January 11th, Faktoje asked the Chairman of the Regulatory Commission at the CEC, Mr. Ilirjan Celibashi, about the stance on the statement of the Mayor, who openly challenged the decision-making of the electoral institution.

“As regards reviewing the CEC acts, the provisions under Article 20 and 123/1 of the Electoral Code set forth the right of the subjects or third parties to request the involvement of the CEC for their lawful interests that fall under the CEC’s competence.”- stated Mr. Celibashi when asked whether the decision contested by Mr. Veliaj will undergo any reviews.

However, he avoided mentioning Mr. Veliaj and the Municipality of Tirana institution, even when asked about the number of activities that were in violation of the CEC decision of December 24th, and the relevant violating entities.

“Since December 25th, 20 activities have been reported. The reporting entities were an individual and 2 legal persons. All reports are under review”.

“Faktoje” also asked Mr. Veliaj whether he intended to take any legal steps involving the CEC regarding the contested decision; however, we have yet to receive a reply on the matter. Screenshot of the message sent to Mayor Erion Veliaj

Following the inquiry of “Faktoje” on the matter, the CEC published a response on their official page regarding the monitoring of the implementation of the decision of December 24th .

“Faktoje” also requested the opinion of the constitutionalist and former CEC Chairman Mr. Kristaq Kume on the matter.

“The amendments to the Electoral Code via Articles 91/92, concern issues related to the misuse of public assets and opportunities granted by the central or local government, to use them towards the electoral competition. The requirements of those provisions and their manner of elaboration in the relevant instruction of the CEC, have removed the possibility to misuse public assets or power to impact elections, as is the case of the Mayor of Tirana Erion Veliaj, who justifies his actions claiming to be performing his duty. In the adopted instruction, the CEC has clearly defined the restrictions, which, if not complied with, constitute a violation of the Electoral Code, and it has clearly defined the path to be followed by institutions, which will inevitably conduct different activities and events during the remaining 4-month period. After all, the CEC will be the institution deciding on the reported cases” – stated Mr. Kume to “Faktoje”.

On Tuesday, January 12th, Mayor Veliaj violated the order again, in another promotion in Baldushk with SP Parliament Member Mr. Xhemal Qefalia, where they conveyed messages on the elections of April 25th. Photo of Erion Veliaj inaugurating the reconstructed houses in Baldushk on January 12th, 2021.