Balluku ‘sells’ the grant for a loan. The truth of the cancellation of the EU grant for the Port of Durrës 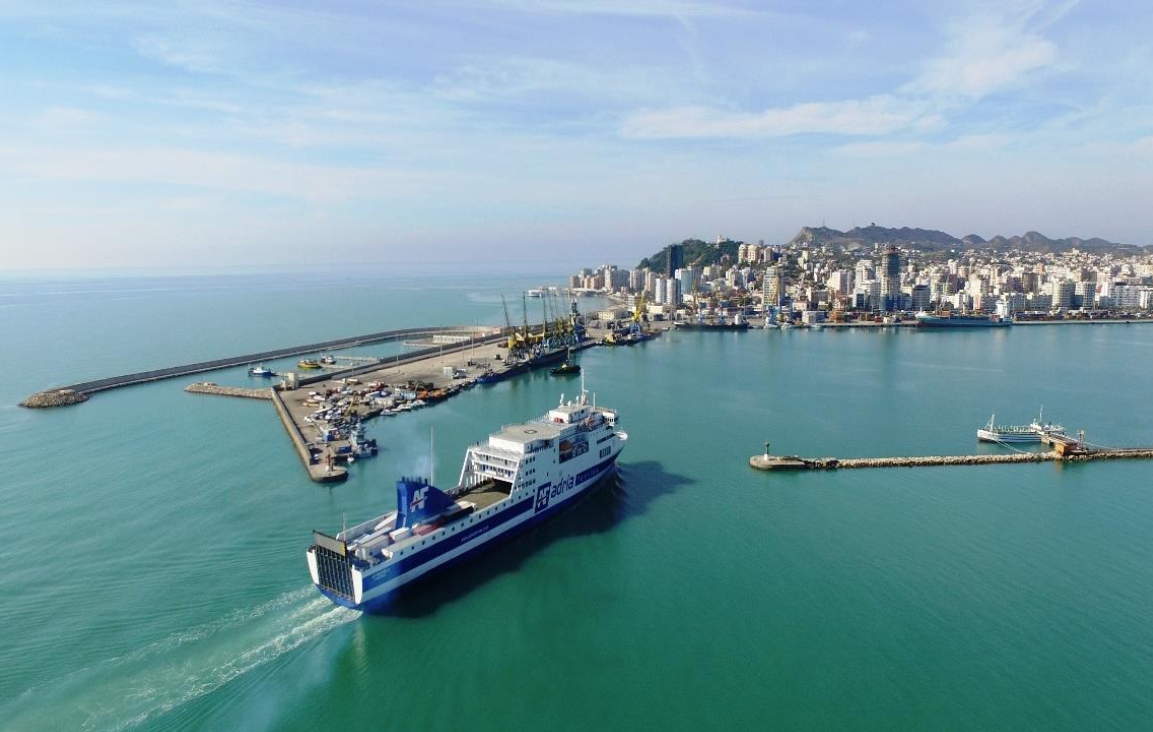 By Faktoje.al - 22 December, 2022
Countering disinformation and media development in Albania

The cancellation of a 27 million euro grant for the Port of Durrës by the European Union shortly before the approval in the Assembly of the project that paves the way for its transformation from a commercial port to a tourist port, led to the next dispute in the Albanian Parliament on November 24. At a time the office of the EU Delegation in Tirana clarified that the cancellation of the grant came as a result of the modification of the project and the change of purpose of use of the current port, the Minister of Infrastructure Belinda Balluku claimed that it was about a loan. Also, according to her, the cancellation procedure was initiated upon a request of the Albanian government, an argument she supported by a series of untruths.

“It was me who requested the cancellation of the EU loan under my full responsibility in 2019, when Muhamed Alabar’s project was not even mentioned. We didn’t even know that a day would come when the port of Durrës would be of interest for foreign investors to develop it in a touristic way.” – declared the Minister of Infrastructure and Energy, Belinda Balluku, during the marathon session of November 24 in the Parliament on the agreement of the Port of Durrës.

The cancellation of the grant  happened shortly before the approval of a framework agreement between the Council of Ministers of the Republic of Albania and Eagle Hills Real Estate Development, Albanian-Seaports Development Company, sh.a., and Nshmi Development LLC, on the strategic investment project “Marina & Yachts of Durrës” – so part of the tough opposition-government discussions during the parliamentary session for the Port of Durrës focussed on the cancellation of the EU grant.

According to Faktoje’s verification, it turns out that Minister Balluku’s statement is untrue. First, the canceled financing for the quays of the Port of Durrës was a grant and not a loan as Balluku claims, and this is best proven by the official document of the Western Balkans Investment Fund, which specifies the financing method of this project. 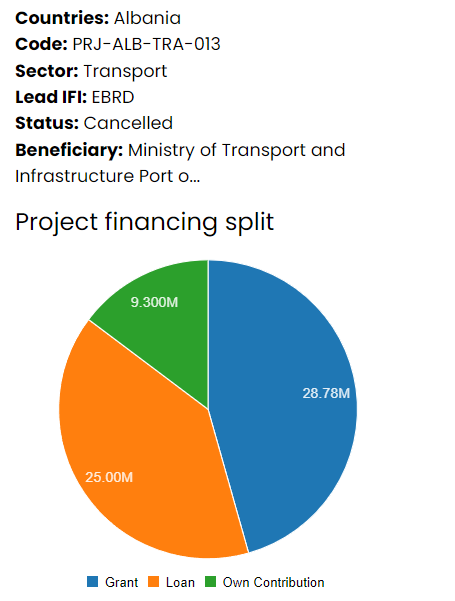 The funding for this project was a mix of a WBIF grant of 28.78 million euros, an Albanian government fund of 9.3 million euros, and a soft loan of 25 million euros. The cancellation, however, was related to the grant portion. Referring to the documents, the investment project in the Western Terminal of the Port of Durrës was supposed to be completed in 2023. But on the eve of this deadline, the European Union announced the cancellation of the grant. In a reply to Faktoje, the European Union office in Tirana said that the cancellation of the grant from the Western Balkans Investment Fund came as a result of the modification of the project and the change of use of the current port.

“We are also consulting with government representatives about investment priorities in this direction.” – added further the office of the EU Delegation in Tirana.

Another untruth is related to the second part of the statement, the year of cancellation of the grant. It is true that Balluku was appointed the Minister of Infrastructure in January 2019, but the cancellation procedure was not done this year.

Our research shows that in May 2019, the group of financiers of the WBIF gathered in Tirana to discuss this investment instrument, as well as its role and contribution to the socio-economic development of Albania. The 27th meeting of the Investment Fund coincided with the 10th anniversary of the creation of this platform that contributes to the European perspective of the Western Balkans, supporting strategic investment projects and strengthening regional cooperation and interconnection.

The meeting in Tirana was followed by a visit to the Port of Durrës to see closely the progress of works on the rehabilitation of quay 1 and 2 in the Western Terminal of this port, a co-financing of the European Commission and the Albanian government that would enable the increase of ships’ processing capacity, increasing the designed depth for anchored ships of high tonnage, as well as increase the stability of quays for high tonnage.

If the cancellation was requested as Balluku claims, then the WBIF representatives would have no objective reason to visit the port.

Furthermore, as the office of the EU Delegation for Faktoje clarified, the cancellation came due to the modification of the project and the change of the purpose of use of the current port.

The project for the transformation of the Port of Durres was announced publicly for the first time on November 26, 2020, when Prime Minister Edi Rama from Abu Dhabi declared : “We will start soon with a big investment for transforming the port of Durres into one of the most beautiful and largest tourist attractions of the Mediterranean.” which materialized on the morning of November 25 of this year, when the project got the green light from the parliamentary majority. None of the years coincides with what Minister Balluku claims.

Earlier, Balluku herself, in a questions and answers session for the Port of Durrës, in February of this year, said that the interest of Mohamed Ali Rashed Alabbar to invest in “Developing the waterfront at the Port of Durrës” was expressed in an official letter addressed to the Government on December 13, 2020.

But this is not all. In an effort to defend her claim that the cancellation of the grant was done upon a request of the Albanian government, during the debates with opposition representatives in the Parliament on November 24, Balluku made another false statement.

“And what happened was that we definitely sat down with the EU at the table and discussed it, as the project application was made 12 years ago. For the last twelve years, this country has changed its priorities and strategies. How could we take a loan, when we had applied for it 12 years ago?” emphasized Balluku in the evening of November 24th in Parliament.

The project summary available on the official website of the Western Balkans Investment Fund says clearly that this is a project approved in 2018. The same year is also confirmed by the so-called Connectivity Agenda for the co-financing of projects in the Western Balkans.

We took our verification even further. In 2010, the period referred to by Minister Balluku as the time for the grant application, the Ministry of Transport was led by Sokol Olldashi.

Faktoje’s investigation shows that the only foreign financing for the Port of Durrës in the integrated plan of this ministry for 2010 was a loan from the European Investment Bank in the amount of 380 million Albanian lek, which provided for the construction of the passenger terminal at the Port of Durrës. But not the grant that Balluku has been talking about. 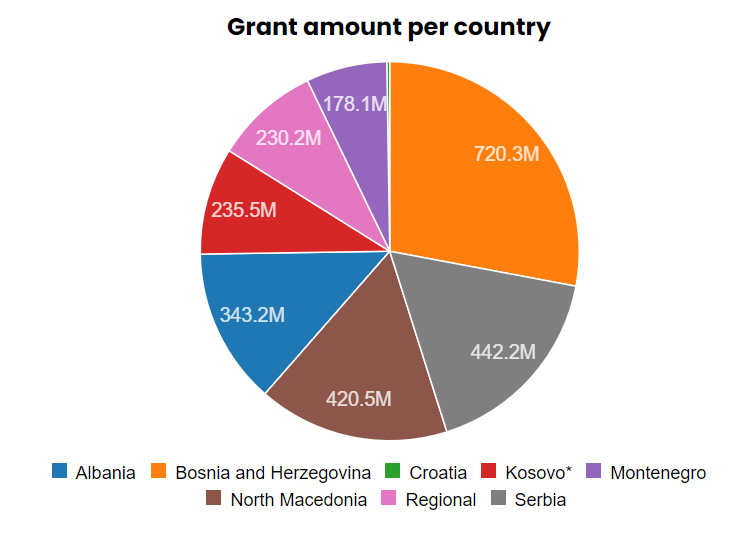 But this is not the first time that the EU cancels grants to Albania. In addition to the Port of Durrës, another case was that of the Skavica Hydropower Plant. Initially, the project was supported by the Western Balkans Investment Fund, but with the Americans of Bechtel emerging on the scene, the European Union withdrew from the grant in January 2021. Also, in 2018, WBIF canceled the 350 thousand euro grant for the feasibility study of Milot Balldre road, because the Albanian government decided to sign a concessionary agreement for that.

The progress of the Kosovo-Serbia dialogue, not at the expense of Kosovo 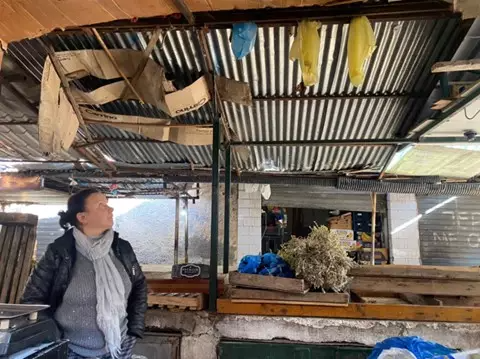 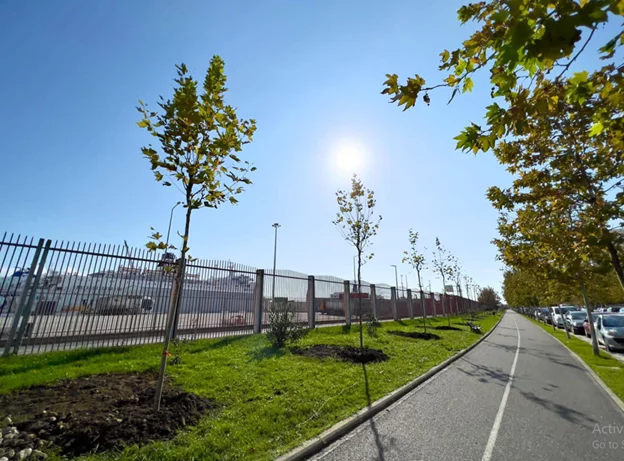