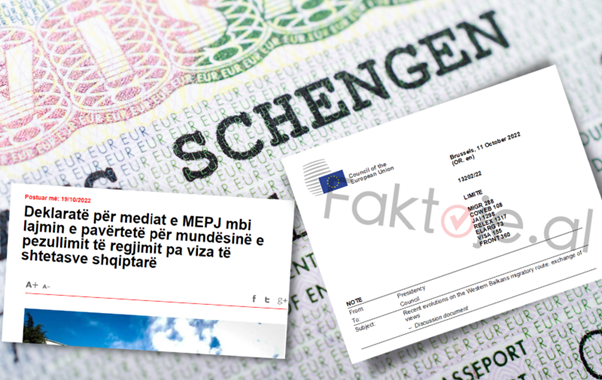 On October 19, reacting to an article published in the EUObserver newspaper reporting that the Czech presidency of the EU requested the return of visas with Albania and Serbia, the Minister of Foreign Affairs of Albania denied the existence of any document “proposed by any member country of the EU or any discussion regarding the potential suspension of the visa-free movement of Albanian citizens.” Faktoje’s verification revealed that this document exists, citing Albania as the second most problematic country in the reconciliation of visa policies with the EU in the Western Balkans, and advising the suspension of the visa-free travel regime in case of failure of diplomatic efforts.

The EUObserver article was published on October 13, 2022 under the title “Czech presidency considers ban on visa-free travel to Western Balkans due to illegal immigration.” The article refers to an internal memo from the Czech EU presidency, which expresses concern that Serbia and Albania have not fully harmonized their visa policies with those of the EU, which is contributing to the growing number of migrants entering the EU using this channel.

As a possible solution to this problem, the Czech presidency presented the possibility of diplomatic pressure on Serbia and Albania, and border guards sent by the EU to the Western Balkan states. If these efforts fail, Prague did not hesitate to propose the suspension of visa-free travel from Serbia and Albania. The reporting in the article was echoed, on October 18, by some statements of the opposition .

Responding to the opposition on October 18, the head of the government Rama said on Twitter that “there’s no chance visas will be back”.

To make everything more credible, just one day later, on October 19, the Ministry for Europe and Foreign Affairs (MEFA) published a media statement  denying “the false news about the possibility of suspending the visa-free regime for Albanian citizens “. 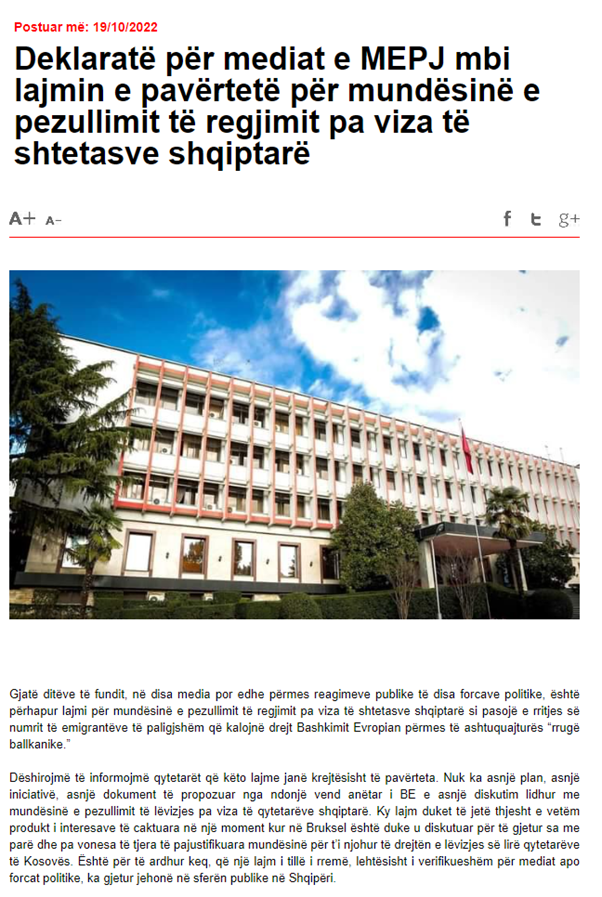 In this statement, the Ministry asserted that “there is no plan, no initiative, no document proposed by any EU member state and no discussion regarding the possibility of suspending the visa-free movement of Albanian citizens.”

To verify the authenticity of this statement, on November 4, “Faktoje” contacted the author of the EUObserver article, who made available to us the internal memorandum, to which the article referred.

The memorandum in question, entitled “Recent evolutions in the Western Balkans migration path: exchange of views”, was sent by the Czech Presidency to the Council of Europe on October 11. 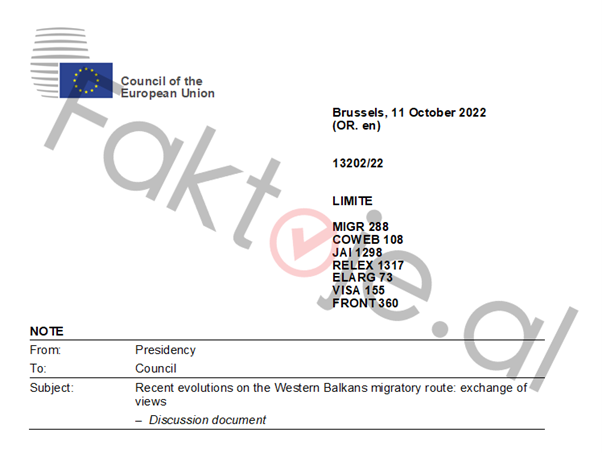 Memorandum sent by the Czech Presidency to the Council of Europe on October 11.

On page 2 of this document, the Czech presidency states that “Serbia, and to some extent Albania, has not progressed sufficiently in harmonizing visa policies with those of the EU.” “Albania,” the document continues, “comes second after Serbia in non-alignment of visa policies with that of the EU.” There are currently 19 countries from which one can travel to Albania without a visa, but not in the EU.

In the annex attached to the document, the issue of unfounded requests for asylum from Albanian citizens is also mentioned. Moreover, the Albanian government’s project to attract investors with “golden passports” is worrying for the EU because they could facilitate the infiltration of organized crime, money laundering, tax evasion and corruption in the country.

Meanwhile, in the proposals for actions to be taken, the Czech presidency has listed a number of possible actions. But if diplomatic efforts fail, the document advises, “the EU should be prepared and consider a list of other measures that could be used, including in the context of the visa suspension mechanism.”

MEFA answered, avoiding the essence of the matter, that the document “is an internal document of the Council and is “limited” only to EU member states. As such, the existence or otherwise of the document cannot be commented on by MEFA.”She added that “at this moment, there is no risk that the visa suspension mechanism will be set in motion for Albania.”

Response of the Ministry for Europe and Foreign Affairs

After the disclosure of the internal document, which MEPJ apparently was not aware of, the Ministry will have to either correct or withdraw its press release dated October 19, where it labeled the EUObserver article and the news in the Albanian press that accompanied it “fake news, easily verifiable for the media or political forces”. Until a correction is made of the Ministry’s public statement, it turns out that it is the Ministry that is spreading fake news.

Shijak municipality, 'emergency' procurement for waste disposal despite the agreement with the Sharra landfill

Campaign of untruths on the emigration of Albanians 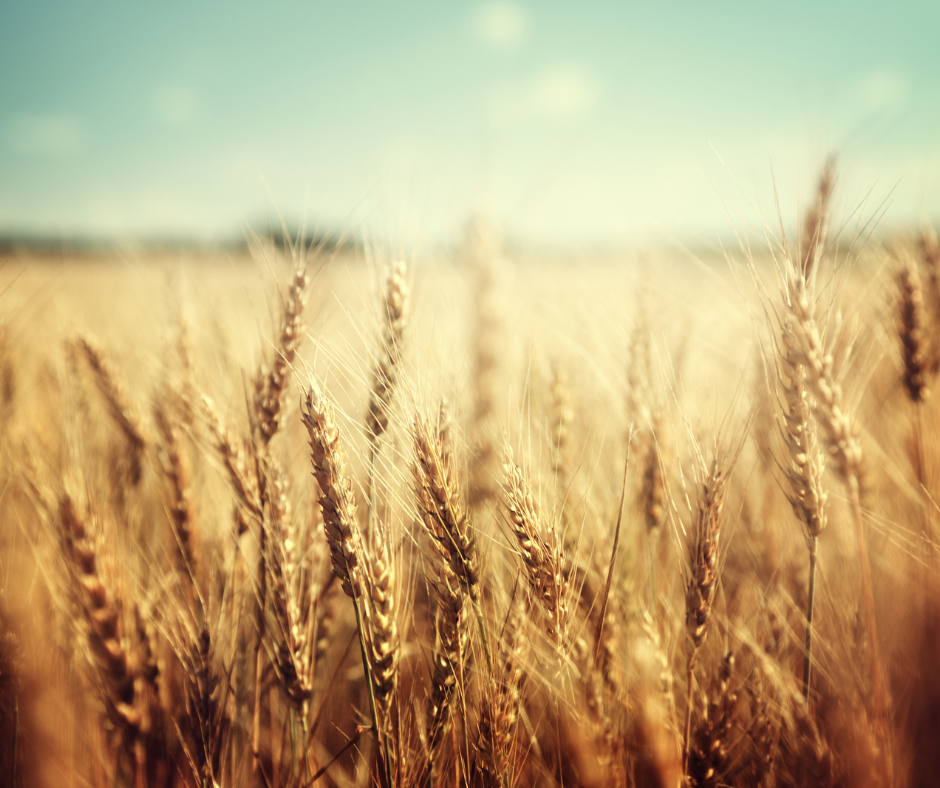 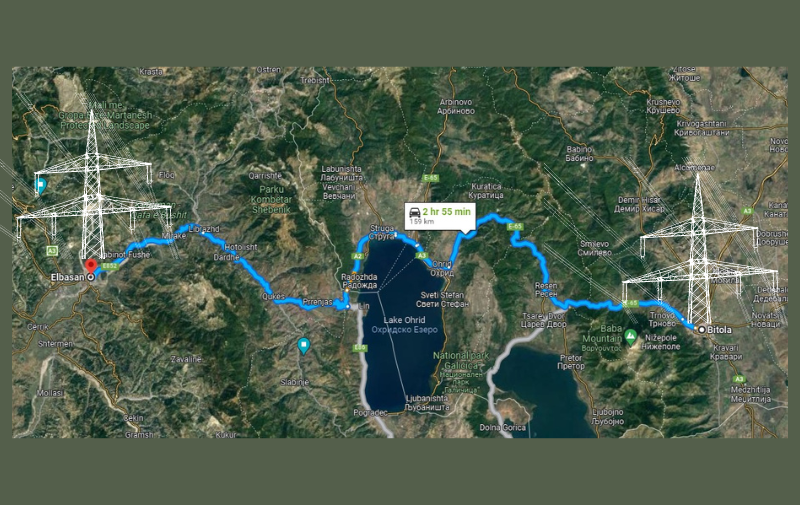 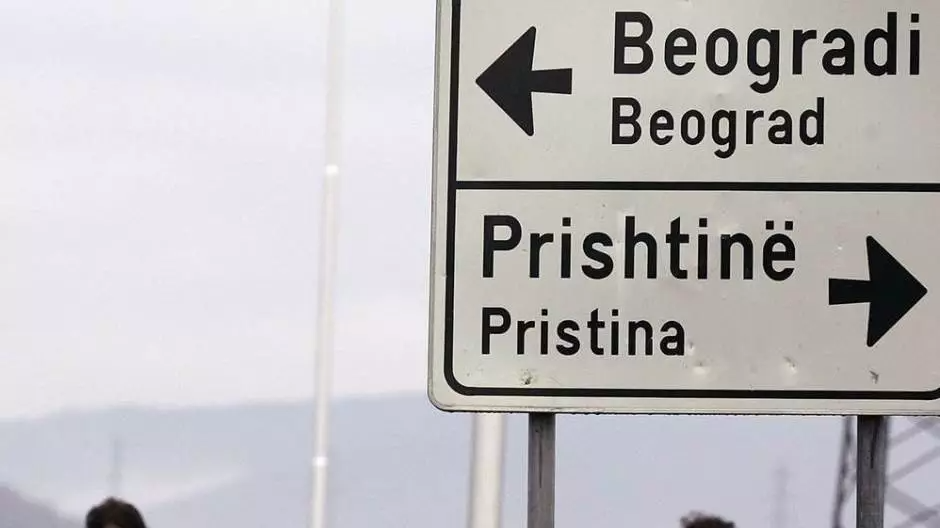