How effective can the restrictive measures of the Technical Committee of Experts be, if gatherings not avoided in public transportation? 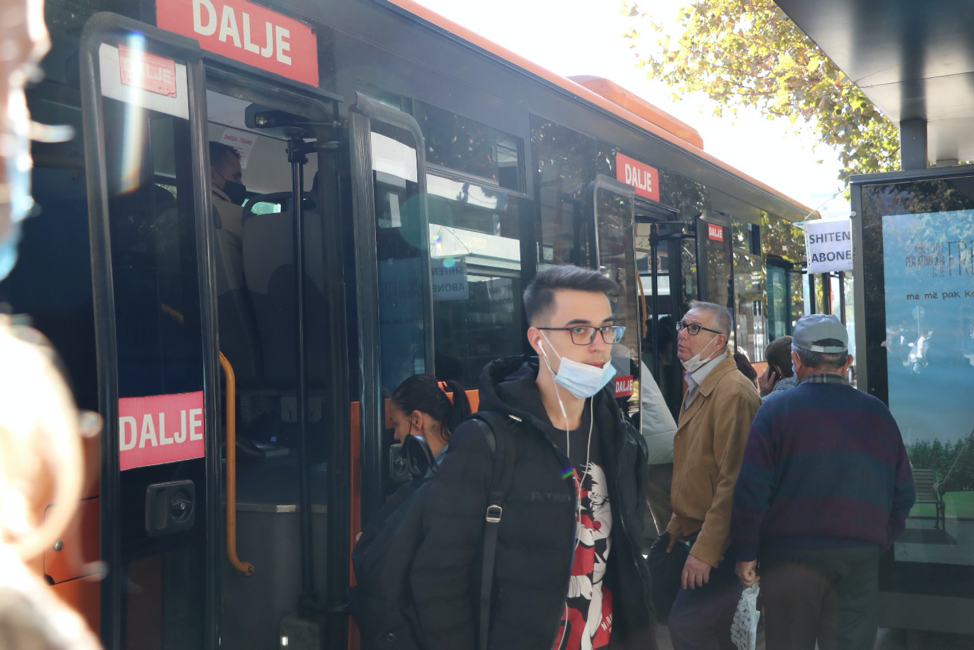 The high number of infections has led to the announcement of new restrictions by the Technical Committee of Experts, which aim to avoid public gatherings as much as possible.

On November 17, the head of the IPH Albana Fico stated during a communication with the media that:

“Gatherings of more than 10 people in open and closed places are prohibited.”

Through a field observation of Faktoje, we found out that this measure does not apply when it comes to urban transportation where people gatherings are inevitable.  The “violation” of this measure starts at the bus stops of urban bus lines, where people stay next to each other. Kamza bus station, near the roundabout, citizens at the station, photo: Aurora Shpataj One of the lines covering the outskirts of Tirana, overcrowded with passengers, photo: Aurora Shpataj Bus line of the Institute of Agriculture, photo: Aurora Shpataj From a field observation, we found that gatherings are not avoided even in those stations and bus lines that have stops near the University Hospital Center “Mother Teresa”, where the two Covid-dedicated hospitals, Covid 1 and Covid 3, are located. While the Technical Committee of Experts regularly communicates new restrictions in order to curb the spread of Covid-19 the figures prove the opposite.

According to a recent communication of the experts:

“As we have previously stated during daily reporting the situation is presented at a level of increased risk due to the increase of daily positive cases, which is more evident with the increase of the 14 day incidence rate. The 14 day incidence rate has increased by 300 people per 100 thousand inhabitants, and the average number of positive cases as per last week is 704 cases, the ratio of deaths with positive cases has been at 2% during this last week. Considering infection rates by gender 52% of the infected are women and 48% are men. The most affected ages are 65-74 followed by the 55-64 age group. There are no changes in terms of the incidence rate for children aged 0-4 as well as for the 5-14 age group.”-stated Albana Fico, head of the IPH.

Should we put the blame on North Macedonia for penalizing Albania in the negotiations with the EU?