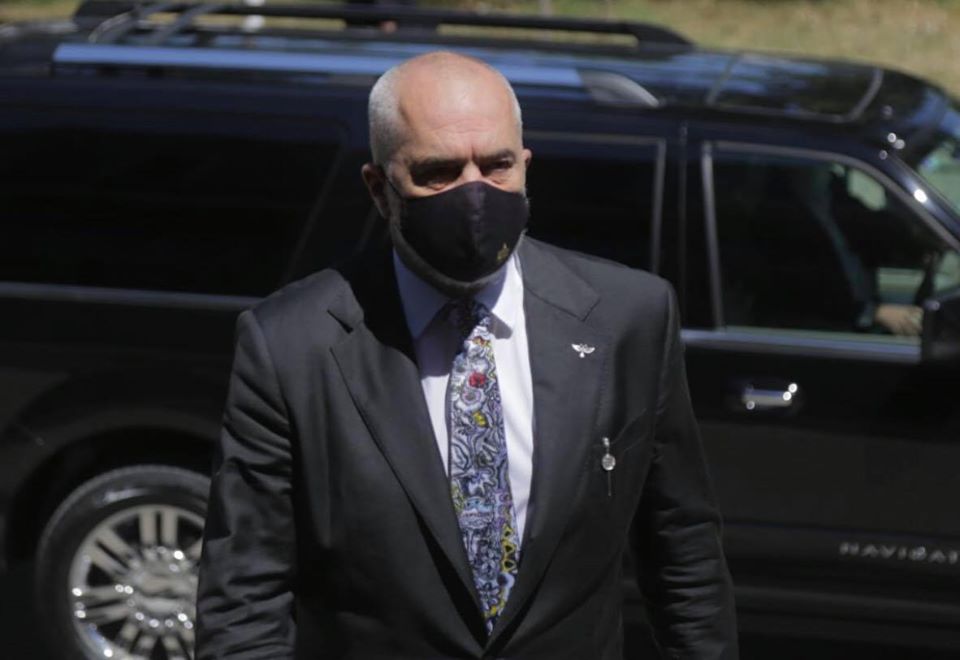 The photo posted on Twitter by the Prime Minister, Edi Rama, showing that long queues of people are not only at the Kakavija border point, but also in Bulgaria, was shot 4 years ago and is a stock photo. “Faktoje” analyzed the photo used on 21st February 2016 by Kathimerini Greek newspaper. But, it does not end there. The article referred to by the Prime Minister on Twitter was published on 17th June 2020 and shows that the long queues in the border with Bulgaria were caused after Greece eased coronavirus restrictions. Moreover, this article was not published by Kathimerini Greek newspaper, rather by Reuters news agency.

On a Twitter post on Monday, Prime Minister, Edi Rama, replied to President Meta and compared the situation at the border point of Kakavija with the situation in Kulata customs in Greece.

As seen on the photo posted by Prime Minister, Rama, multiple trucks are in queue in Kulata customs in Greece.

Actually, the photos are not recent and this photo is a stock photo.

Through a simple method of verifying photos, as “Search Google by image”,  “Faktoje” found that the photo posted by Prime Minister Rama was also used on an articles posted by “Kathimerini” Greek newspaper in 2016, in an entirely different context from the Covid-19 pandemic situation”. The article was also published two months ago!

Through a simple Google search, we found that the article referred to by Prime Minister, Edi Rama, was published on 17th August 2020 by “Kathimerini” Greek newspaper, but actually the initial article, as reported by the media, was published two months ago. Kathimerini is not the source of information publishing it!

In fact, the article was reported by “Reuters” news agency, on 17 June 2020, in an entirely different context.

“Reuters” news agency, in the published article, says: Hundreds of trucks and cars from Bulgaria, Romania and Serbia waited in long queues at the border with Greece on Wednesday after Athens eased coronavirus restrictions to try to “save” the summer tourism season.

Thus, to start with, cars and trucks were not only coming from Bulgaria, but also from Romania and Serbia, and secondly, the Greek party had eased coronavirus restrictions, rather than increased them, as is the case with Kakavija border point.

The report from “Reuters” is based on testimonies of people situated in the scene, rather than official sources of information.

Thus, Prime Minister Rama post does not show real photos, is incoherent and out of context. Comparing the situation of Albanian citizens stuck for four days in Kakavija with the queue of trucks in Greece-Bulgaria border is next to impossible.