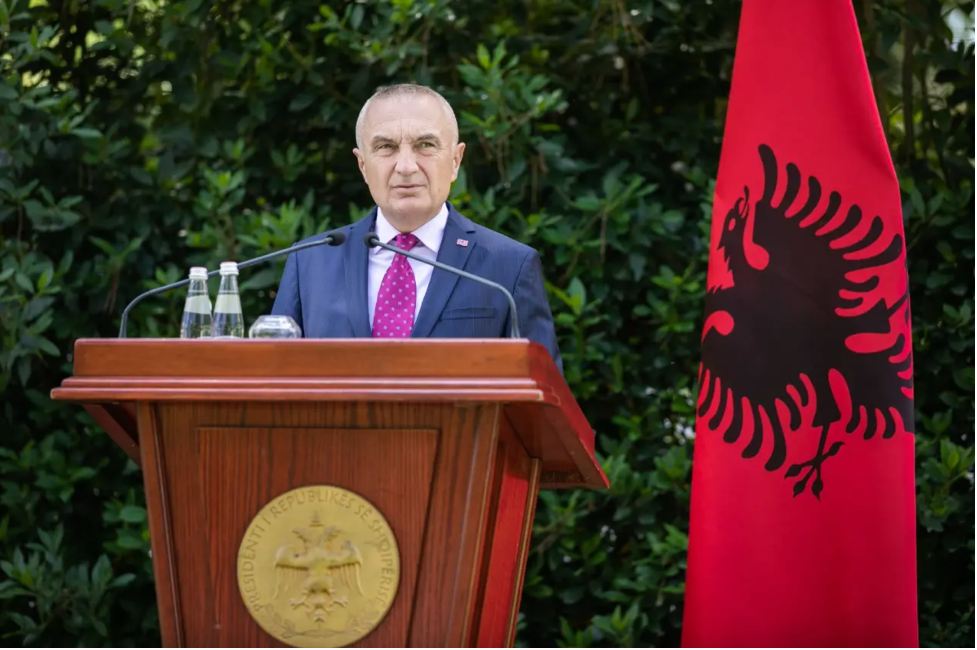 Four months ago, the Administrative Court ordered several institutions, inclusive of the Presidential Office, to provide their leaders’ foreign visits receipts. The Presidential Office openly refused to execute the decision, claiming law violation by the case bailiff. In response to this action, the National Bailiff Chamber requested to set the High Court and the High Judicial Council in motion for “guiding” judges on administrative cases. Legal experts consider this action as overt pressure on judges, who rule in favor of transparency and accountability. A few days ago, on his first interview, the OSCE Ambassador, Vincenzo Del Monaco, commended Faktoje’s work as an independent media that won a court case against public institutions.

The First Instance Administrative Court Decision was planned to be executed by the Bailiff Service, which started the relevant legal procedures.

However, instead of providing the paperwork requested by Faktoje, as was the case with the Ministry of Interior, the Bailiff Service received a letter by the Presidential Office accusing them of open legal violation! Following the open arbitrary position of the Presidential Office, as deemed by him, the bailiff F.H. submitted a Request for Guidance to the National Chamber of Judicial Bailiffs, as follows:

“On 18.12.2020, our office received the letter with Protocol No. 4225/1, dated 17.12.2020 of the Presidential Office Secretary General, accusing me of open legal violation on the grounds of informing them on decision execution.

“While I firmly believe in the legitimacy of my procedural actions and decision execution, I am faced with an arbitrary position and pressure by the debtor institution, which is overtly aiming at violating the private bailiff profession against any legal right. For this reason, I turned to you for a decision and legal guidance regarding the issue…” – the bailiff wrote on the request. The request of the bailiff to the Bailiff Chamber

Faktoje‘s legal representative during the court process, Attorney Irena Dule, informed us on the unprecedented response of the Presidential Office following their notification of submitting the requested paperwork, as per the Administrative Court decision.

“Not only did the Presidential Office refuse to provide the requested paperwork, but it also used official letters to intimidate and threaten the bailiff, who was tasked with executing the court decision. However, the pressure chain did not end there, for it reached the case judge. The position of the Presidential Office is unprecedented. While it is not unusual for institutions to refuse to voluntarily execute court decisions, an institution that intimidates and threatens is unheard of. The language used in the letters is both unprofessional and arrogant, but above all, the Presidential Office is intimidating law enforcement agencies with its attitude. In addition to my own personal opinion, I find the Presidential Office response as a concerning one from the perspective of an attorney. I say this considering the effect of this response on judges, whose decisions should be respected for they have established a positive case law, in spite of working under unusual and unfriendly environments.” – Attorney Dule stated.

Faktoje would like to briefly delve into how the pressure will shift from one institution to the other via official letters (so that the Presidential Office does not hand over foreign visits receipts of the President).

The letter that informed the private bailiff F.H, Faktoje center and the Administrative Court judge, Mr. Erarbër Madhi, not only failed to reproach the debtor institution for the language they used in their letters and the failure to execute the court decision, but it also “blamed” the judges who review cases of such character.

The National Bailiff Chamber letter “absolved” the Presidential Office of the responsibility to execute the court decision and involved the High Judicial Council in the matter. The latter – according to Chief Bailiff, Tedi Malaveci – must take measures to guide First Instance Administrative Court judges. On the other hand, contrary to his previous statement, Malaveci admitted that judicial law interpretation is the competence of ordinary jurisdiction courts and is unified by the High Court.

Following the argument presented by the head of the National Bailiff Chamber, Faktoje poses the following questions:

Is it legal for any judge to be “guided” on their decisions even if they already refer to relevant Codes?

What is the point of guidance if judges are independent and make lawful decisions?

What is the reason for failing to apply the same guidance on the case of the Ministry of Interior?

Attorney Irena Dule from the Res Publica Center has seen other similar cases.

“The court decision ordering the Presidential Office to immediately provide the requested information, without a final decision, is not the only case. Numerous judges have made similar decisions on the grounds that journalists can use information only if it is relevant, for it is the only way to serve the public. The legislation (the Civil Procedure Code) stipulates that judges shall be entitled to rule the immediate execution of decisions, if deemed reasonable.” – Attorney Dule stated.

“I would like to commend the latest developments proving the sound media culture. I am referring to Faktoje, an independent media, which recently won a court case against a public institution. This is an important event that reinforces my optimism and encouragement to believe in Albanian institutions.”

How expensive will the financial cost for executing the DP’s Program be until April 25th?