Are parties avoiding accountability by not publishing election programs? 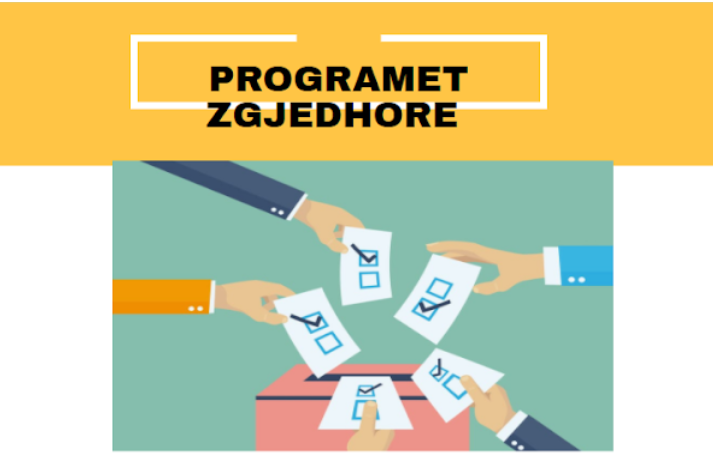 The campaign for the April 25 elections began officially a week ago, but the election programs of most of the running parties are not published anywhere. Although publishing election platforms is not a legal obligation, it remains a moral obligation of the parties towards the citizens, whose vote they request. Faktoje decided to monitor the accountability of political entities that are to participate in the Assembly elections of April 25 and received the opinion of political scientists regarding the phenomenon. How many entities have published an election program that voters can consult before casting their ballots, or through which they can be held accountable in case they don’t keep their promises?

Faktoje referred to the document “Register of Political Parties Registered with the CEC for the Assembly Elections of April 25, 2021” published by the Central Election Commission, to identify candidate parties.

Infographic with findings on the publication of platforms by political parties

The Democratic Party and the Socialist Party of Albania have not published their election platforms, even though they conduct regular daily meetings where they make promises in exchange for votes.

In order to find out if there was a representative election program for the “Alliance of Change” election coalition, Faktoje followed the activities of all parties, to find out if their ideological differences would be reflected in this program, or if each of them would follow an independent platform. Register of Coalitions Registered with the CEC for the Assembly Elections of April 25, 2021. Source: CEC

The Socialist Party has not made its manifesto public yet, unlike the previous elections. Starting from our observation, the only ones who have respected this obligation to the voters are: The Socialist Movement for Integration, Lëvizja Vetëvendosje and The Hashtag Initiative.

What stands out is the willingness demonstrated by Lëvizja Vetëvendosje, which has published three individual programs for each of its candidates; programs that are easily downloaded on their official website: Boiken Abazi for the city Tirana, Iliaz Shehu for the city of Lezha and Kreshnik Merxhani for the city of Gjirokastra.

The Hashtag Initiative has started to publish their election program in electronic platforms. A few days ago the legislative program with 33 draft laws which aims to transform the Albanian political system was made public.

Faktoje reached out to State Election Commissioner, Mr. Ilirjan Celibashi to seek out a stance regarding the lack of publication of election programs.

“Political entities that are registered in the Albanian Assembly elections of April 25, 2021 have no legal obligation to file an election program to be a candidate in the elections.” – states mr.Celibashi for Faktoje. Illustrative photo of the response of the head of the CEC, Ilirjan Celibashi to Faktoje

Denar Biba provided us with his opinion over a phone conversation:

“The CEC is simply a technical administrator of the elections and has no legal competence to request the submission of election programs. This is something the citizens should request from political parties.”

Our assessment extended beyond just checking for online election platforms or published political manifestations. On February 8, 2021, during the preparatory period for the launch of the campaign, Faktoje sent eleven Requests for Information to the headquarters of political parties in the country, respectively to: The Socialist Party, the Democratic Party, the Socialist Movement for Integration, the Hashtag Initiative, the Republican Party, the Movement for National Development, the Union for Human Rights Party, the Environmentalist Agrarian Party, the Christian Democratic Party, The Party for Justice, Integration and Unity, and the press office of Lëzivje Vetëvendosje in Albania. Out of 11 requests, we only got one answer; a clear indicator of the level of transparency these candidate parties have towards the public, this close to the elections.

The only answer we received was from the Media and Communication Office of Lëvizja Vetëvendosje, which clarified that Lëvizja Vetëvendosje! would publish its election programs for each district, as soon as the formalization of the candidacies by the CEC was completed.

Illustrative photo of the response of the Coordinator for Media and Communication in the Lëvizja Vetëvendosje headquarters in Albania, February 8, 2021

“The law on political parties obligates parties to submit a program for approval to the court. The Election Code doesn’t include any criteria, as election entities can be parties, independent candidates or coalitions and the identification of the program is not the same in all three cases. The Code presupposes that the parties have been approved by the Court and have deposited their programs there, so it is taken for granted that the parties have a program. “In election legal practices, there are no obligations regarding programs, because it is taken for granted that parties have programs.”

Further on he explains the phenomenon associated with political parties in the country:

“Programs are essentially a social and trust contract between the party and the voters, and lack of the program makes the contract impossible, therefore making it impossible for the voter to request that the promises are kept, or request transparency and accountability. Political parties, especially political leaders make endless promises forging the idea that they are Santa Clause and can make all wishes come true, when in reality there is no written document and there is no written evidence which can come back as a boomerang to them the day after the elections.”

“Albania is a country with a very limited democratic culture and tradition. Clientelisim is an important element of election rationality that makes election programs unnecessary. In a normal democratic state, meeting the election programs would not be left in the hands of any other authority, because it would either turn into a legal farce or be used for a political attack. Imagine, for example, that a particular court had the power to judge whether the program was implemented. What would happen if the court finds that the election program was not implemented? Should that party be allowed to participate in the elections? Impossible! Also, election programs are often filled with promises which, if realized, would bankrupt the country’s economy.

“Consequently, the issue of non-implementation of election programs cannot be solved legally, but only by punishing fraudsters by vote.”

Faktoje will continue to monitor whether political parties running on the April 25 election will publish their election programs until the end of the election campaign, in order to promote transparency and accountability to voters; promote a culture of reading and evaluating visionary election programs, with supportive policies towards citizens and the causes they support.

Since September 2020, MoESY has no data on the effectiveness of blended learning