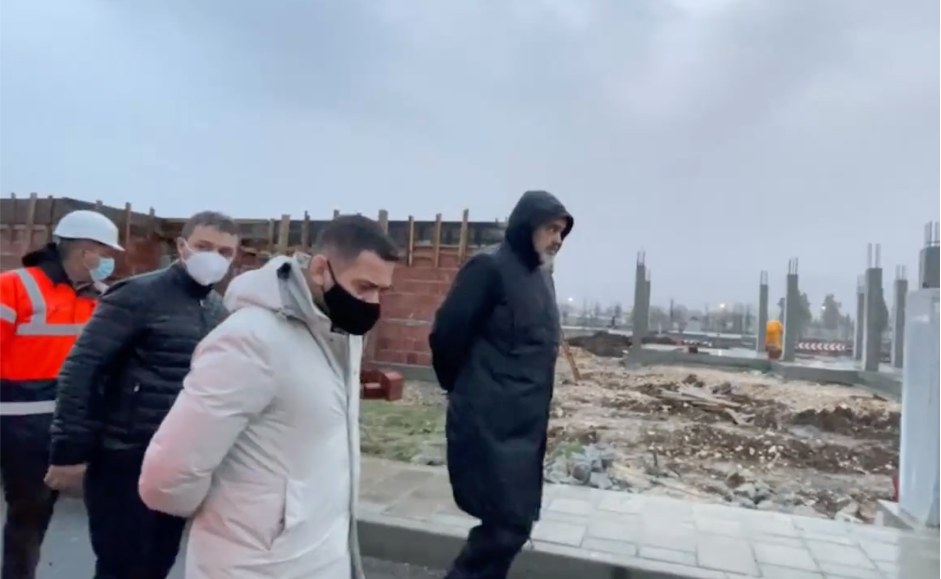 On December 29, during an inspection at the Fushë-Kruja reconstruction site, together with Prime Minister Rama, Minister of State for Reconstruction Ahmetaj ensured that within March of this year, 128 individual dwellings in the area would be handed over to the families that lost their homes in the earthquake of November 26, 2019.

“I believe that the work for these dwellings, together with the other community accommodation facilities, will be completed by the end of March. They will be handed over within March.”

Through this statement, Mr. Ahmetaj postponed the deadline defined in the table of works for the individual dwelling sites in Fushë-Kruja and Bubq, both areas administered by Kruja Municipality. Table of works for the individual dwelling site in Fushë-Kruja and Bubq, February 4

The works at these sites were expected to commence in September 2020, lasting until February 2021, according to the table of works.

Firstly, “Faktoje” conducted a visit at the Fushë-Kruja reconstruction site on February 4 to find out more about the individual dwelling reconstruction progress. During the verification conducted in early February, it appeared that the works would not be completed by the end of the month. We revisited Fushë-Kruja on March 31, a month after the expiration of the deadline stated on the table of works, and at the end of the last deadline promised by Minister Ahmetaj. Although progress had been made, particularly for the houses closest to the information table, not a single dwelling could be considered completed. We asked one of the workers at the construction site regarding the necessary duration of works.

“The first group of individual dwellings is to be completed in a month and a half.” – he stated to “Faktoje”. After Fushë-Kruja, we conducted another verification in Bubq, the individual dwellings in which should have been completed within February according to the table of works. Despite not finding the table at the Bubq site, we referred to the one located in Fushë-Kruja, which specifies that its scope includes both the Fushë-Kruja and Bubq sites. The individual dwelling reconstruction works in Bubq were far behind those in Fushë-Kruja.

Not only were the dwellings unfinished, but it did not appear that they would be anytime soon. Workers in Bubq refused to talk to “Faktoje” but the scene at the site was quite clear. In addition to individual dwellings, the works for the road infrastructure in the reconstruction neighborhood had not commenced either, unlike the Fushë-Kruja site. Based on the field visit, we concluded that besides violating the reconstruction completion deadlines stated in the table of works, Minister Ahmetaj also violated the ‘renewed’ deadline, thus we will consider this promise unkept.

Are parties avoiding accountability by not publishing election programs?