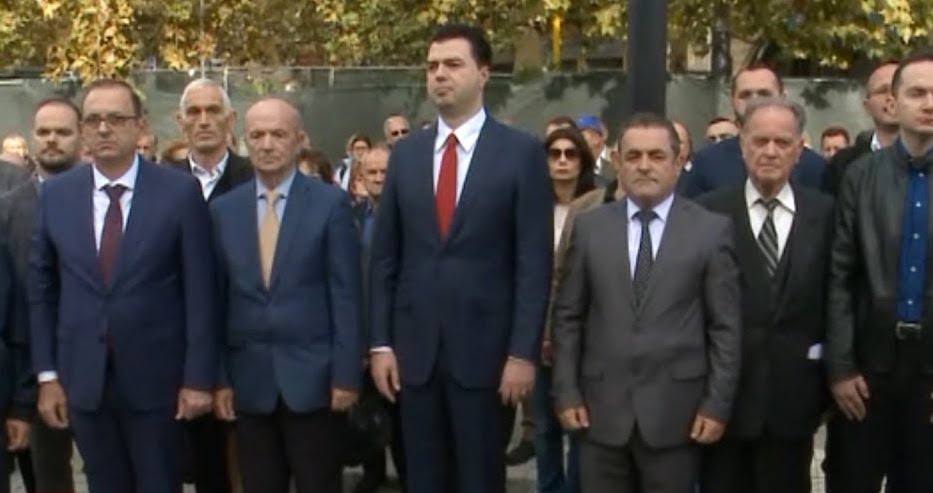 The Democratic Party leader, Lulzim Basha, promised that if he wins elections, he will compensate all arrears to formerly politically persecuted within his first mandate. The total amount of arrears to pay back is 220 million euros. The State Supreme Audit maintains that the deadline for paying back arrears has doubled from 16 to 32 years. Data analyzed by Faktoje show that one of the reasons for extending the deadline was annual funds halving for formerly politically persecuted, and compensation of the baby bonus scheme, announced by Prime Minister Rama in 2019.

On February 20th this year, the opposition leader, Lulzim Basha, committed to compensating arrears to politically persecuted families by the communist regime, within his first government mandate, if he won the April 25th elections.

But what are the additional costs to the state budget imposed by such commitment?

In order to estimate the additional costs, Faktoje went back in time and analyzed data.

“We committed to end the 20-year long hypocrisy and abuse of formerly politically persecuted, by establishing cooperation with them. This year we allocated 18 million dollars, which might not meet all needs, but is the highest budget allocation that any Albanian government has made in a single non-electoral year.”

Based on the Ministry of Finance and Economy official data, below please find the total disbursed fund for 2011-2020. As shown by the illustration, from 2018 onward, the formerly politically persecuted fund has been nearly halved. The average annual disbursement during 2018-2020 was about ALL 1 billion per year.

Was the 2018 disbursed fund halving caused by the fact that there no longer were obligations to this social group or other reasons?

“The acknowledged obligations, which have not been compensated by late 2017, is about 31,450 million ALL. If budgeting and the provision of the formerly politically persecuted continues to be approximately ALL 2 billion per year, the obligation will be paid off in 16 years only. In order to maintain the real amount of compensation, and taking into account the long period of time, acknowledged obligations to this group of people will have to be indexed with the inflation.”

On the 2018 State Budget Implementation report, when the disbursed fund was halved upon a normative act, the State Supreme Audit emphasized:

“The formerly politically persecuted fund has been nearly halved as compared to the 2018 initial plan and the 2017 factual realization. It is found that the acknowledged obligation by the Albanian government and the arrears to formerly politically persecuted by late 2018 was ALL 33,381 million. If the budgeting of the fund continues at this rate, the due amount can only be paid in full after 33 years (compared with the 16 years in the initial budgeting).”

Moreover, in the report on the Implementation of the State Budget for 2019, the SSA re-emphasizes:

“We have noted that the due and unpaid amount recognized by the Albanian state in regards to the formerly politically persecuted amounts to 33,182 million ALL as of the end of 2019. If the budgeting of the fund continues at this rate, the due amount can only be paid in full after approximately 32 years.”

As previously explained, the halving of the annual fund for the compensation of the persecuted has extended the payment timeframe from 16 to over 30 years. Although the total amount due to this category was approximately 33 billion ALL (330 million dollars) at the end of 2019, the annual fund for both 2020 and 2021 remains 1 billion ALL per year.

The DP’s promise versus the SSA’s conclusion

The Democratic Party’s promise to fully pay these dues within 4 years is enticing to the formerly politically persecuted community, who would otherwise be fully compensated in more than 30 years at the current rate.

However, what are the additional annual and total costs to the State Budget for the fulfillment of this promise within 4 years?

The ‘Baby Bonus’ or the indemnification of the politically persecuted?

Since 2019, Rama’s government commenced the implementation of the baby bonus, through which the state financially rewards families for each newborn.  This scheme was used to support and promote natality in the country.

On October 6th, 2020, Prime Minister Rama wrote in a social media post: “Good morning and through another simple fact that shows that not only are we not the same and that things are not the same as before either, and also shows those who actually work towards the future of this country, I wish you a good day.” In his post, Prime Minister Rama published data on the funds disbursed for baby bonuses since 2019 (the implementation commencement period) until October 6th, 2020.

If we were to compare this statement with the fiscal indicators data of the Ministry of Finance and Economy, it results that the fund utilized  for baby bonuses amounted to 2.36 billion ALL in 2019, and 2.82 billion ALL in 2020. Thus, nearly 5.2 billion ALL have been paid for both years, according to the Treasury. Therefore, Prime Minister Rama’s statement is true.

Below we have included a chart portraying the initial budgeting for each fund by year, from 2011 to 2021, based on the data of the Ministry of Finance. Retirement pensions have increased since 2013, but how impactful has this been?