Çuçi- A 150% salary increase starting from January 2022 for policemen who work away from their residence. 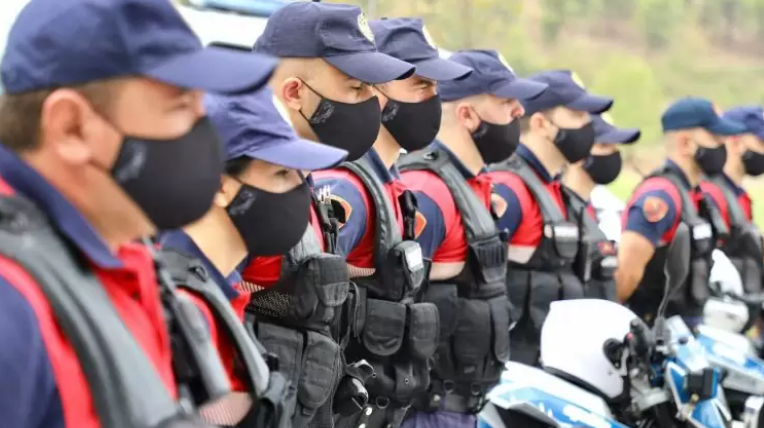 The Minister of Internal Affairs Bledi Çuçi promised that starting from January 2022, the employees of the State Police who work away from their residence would receive a reward up to 150% of their pay. From an investigation of Faktoje it turns out that the promised increase was not reflected in the January paychecks. The police union and officers who work in directorates away from Tirana confirm that not only have they not received an increase, but that they have been communicated off the record that the increase is not expected before July.

“Starting from next January, employees of the State Police who work away from home will get a reward based on the distance they work from, which makes a salary up to 150% of what they make today”.

This is what Minister of Internal Affairs Bledi Çuçistated  during the meeting at the Security Commission held on November 5, 2021 when discussing of the draft-budget for 2022.

On January 17, Faktoje addressed the State Police and the Ministry of Internal Affairs with an official request for information wanting to know how much do the actual salaries of police employees who work away from their residence vary and what influence will the increase have on the salaries. Screenshot of the request for information addressed to the State Police, dated 17.01.2022

In the official response of January 25, the State Police confirms that the financial effect in total for this draft decision is estimated at the amount of ALL 300,687 thousand per year.

“The approval of this draft decision will bring additional financial effects in the state budget. During 2022 this effect will be afforded by the additional fund approved with Law No. 115/2021 On the 2022 budgetat the estimated amount of ALL 200,000 whereas the difference will be covered by free funds during 2022.”- stated the response of the State Police which also provided us with a table in which are stated all the categories of the employees who benefit from it, how many employees benefit from the addition to their salaries and what is the exact amount they will benefit.

The abovementioned table shows that during 2022 384 police employees will benefit of a 20% addition to their salary, 352 of a 30% addition and 4433 of a 50% addition, all of whom work away from their residence.

The State Police emphasizes that the salary increase will be applied immediately after the approval of the DCM.

Screenshot of the response of the State Police dated

Meanwhile the response of the Ministry of Internal Affairs included the same table we received from the State Police (published above). This institution also shows which will be the benefits of the State Police employees who work away from their residence. Screenshot, response received by the Ministry of Interior, dated 26.01.2022

On February 3, Faktoje communicated with the head of the Union of the State Police, Sadetin Fishta, to learn whether the promise of the salary increase has been implemented for State Police employees who work away from their residence. Although the Minister of Internal Affairs promised that this reward would enter into force in January 2022, Fishta tells us that this category has not received any additional payments.

“The rewards for the police employees who work away from their residence have not been awarded yet, since the decision is yet to be clarified. As far as I know the decision will be clarified on July 1, since it has been planned in the new budget. The salaries for January have been received, but no one from this category of employees has not received any additional salary” – states Fishta.

Faktoje talked to police officers who work over 100 kilometers away from their residence, in one of the directorates north of the country, who according to the prediction should have benefitted of an increase of 30% of their salaries.

“We have not received any additional payment in January as promised. We have asked our supervisors and they have told us that there won’t be an increase until June.”- confirmed for Faktoje a group of police employees who wish to remain anonymous.

They also talked to Faktoje about another concern related to the payment of extra hours.

“For a long time we have only been paid for 16 extra work hours, even though during the month we can do many more depending on the events and time on the ground. There is not a written rule about this, but we have been told this by our supervisors and we have taken it for granted. Sometimes we work on criminal events for days and we don’t get paid for many hours.”

Considering the investigation, we decided to categorize the statement of the Minister of Internal Affairs Bledi Çuçi that starting from January 2022, State Police employees who work away from their residence would get a reward as “FALSE”.

Is the new Tapiza Bridge built within the deadline promised by Minister Balluku and Prime Minister Rama?