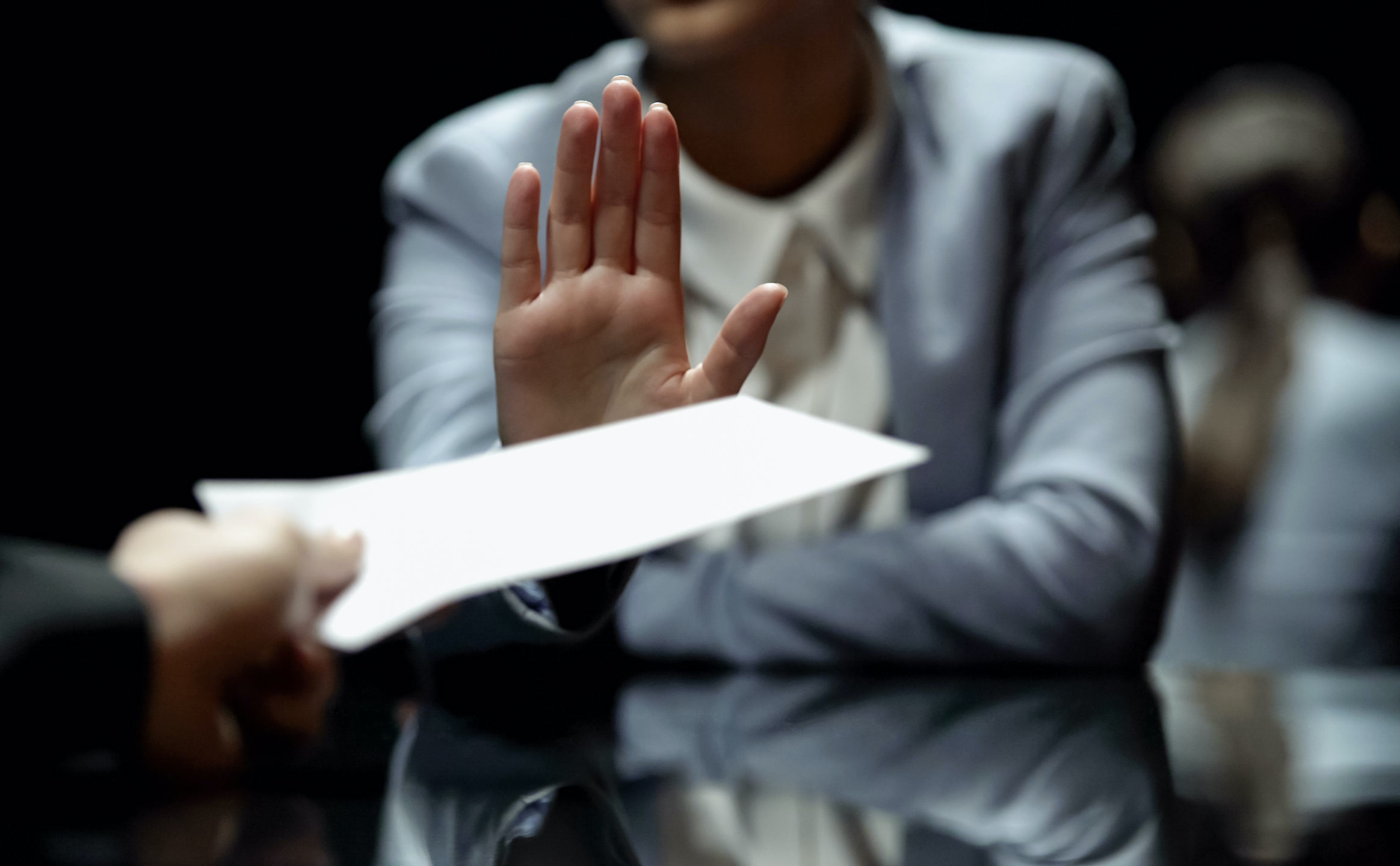 After exceeding the deadlines and receiving complaints, only the Ministry of Agriculture, Education and the Assembly of Albania gave an almost complete response to the request with 12 questions from Faktoje regarding the invoices of expenses for overseas travel. Differently from 2019, when Faktoje first sent this request, the Ministry of Justice did not provide the accompanying travel invoices of the minister arguing that the staff was reduced due to the pandemic. Meanwhile the President’s Office and the Ministry of External Affairs continue to refuse to provide the documentation even though they have been fined for not executing the court’s decision for the same object.

Since August 2019 when Faktoje published the first article regarding the overseas travel expenses of the Minister of Justice, we noticed an isolation of the institutions to the request to make available the invoices that document these expenses.

In February 2021, Faktoje addressed for the second time 15 state institutions with a more detailed request for information, which consisted of 12 questions on the costs of overseas travel of the heads of the institutions for the period January 2018-April 2020.

Institutions to which the request for information was addressed.

Faktoje, based on the law on the right to information 119/2014 and the legislation related to the financial treatment of holders of services abroad, instruction no. 22 of 2012 and decision no.870 2011 requested these documents: Out of 15 institutions, only 4 gave an (almost) complete response:

1-Ministry of Agriculture has given a complete response and within the deadline, for which Faktoje has not filled in a complaint. The official response of the Ministry of Agriculture and Rural Development, dated 25.03.2021

2-The Ministry of Culture has responded after the complaint to the Commissioner for the Right to Information. The documents are still being processed in the editorial office of Faktoje.

3-The Assembly responded almost 5 months after the request and complaint to the Commissioner for the Right to Information. This information is also being processed by Faktoje journalists.

Response of the Ministry of Reconstruction, May 28, 2021

4-The Ministry of Culture has responded after the complaint to the Commissioner for the Right to Information. Response of the Ministry of Education Sports and Youth

Justice ‘reduced’ transparency after the publishing of ministerial invoices in 2019

After the complaint regarding the request for information sent at the beginning of the year, the Ministry of Justice gave the following response:

“In the quality of applicant you have filed electronically at the email Koordinatori.Informimi@drejtesia.gov.al at the Ministry of Justice, pursuant to article 11 of the Law no. 119/2014 ‘On the right to information”, a request for information registered with serial number 21 dated 27.04.2021.

After consideration of the request, please find attached the response from the relevant structure at the Ministry of Justice.

In response to your request through which you requested information on the travels of the Minister for the period 1 January 2018 – 30 April 2020, we inform you as follows: In 2018, the head of the institution has made 10 (ten) official visits to Denmark-Copenhagen, France, the Netherlands, Germany, Belgium, Georgia, Austria and Belgium.

The trips were made in April, May, June, July, August, September and December 2018. Expenses for travel and subsistence abroad can be found in detail below:

Travel expenses ALL 767,915 or 5.4% of the total planned travel and subsistence expenses abroad.

Response of the Ministry of Culture, February 12, 2021

In 2019, the head of the institution has made 13 (thirteen) official visits to England, Austria, Italy, Kosovo, Germany, France, Belgium, Northern Macedonia. The trips were made in February, March, April, May, June, October, and November 2019.

Subsistence and travel expenses amount to ALL 1,291,500 or 5.3% of the total planned subsistence expenses abroad. After receiving this response, Faktoje addressed the commissioner again on May 21, with the complain that the response was incomplete and requesting that the accompanying documentation be made available. Response of the Commissioner for the Right to Information, May 26, 2021

After the complaint to the Commissioner, the Ministry of Justice informed us:

“On our part, the information was summarized due to the situation created by COVID-19, lack of staff in the finance sector and the long period for which the information is requested.” The Prime Minister’s Office has not responded to the request of Faktoje sent earlier this year, despite the complaint to the commissioner. Faktoje won the lawsuit in the first instance with this institution, but the process is expected to be completed at all levels, a process that could take up to several years, according to Faktoje’s legal representative, lawyer Irena Dule.

After the first request for the invoices, the President’s Office sent this as a response to Faktoje: Response of the President’s Office, 5 February 2021

The Ministry of Finance is one of the institutions that has not responded to the request sent at the beginning of this year. The Administrative Court of First Instance has previously ruled In favor of Faktoje for issuing invoices, but not before the end of the process at all levels, if the same decision is left in force.

After the complaint at the Commissioner for the Right to Information, the Ministry of Internal Affairs has provided an incomplete response. The argument for the lack of documentation was the insufficiency of human resources to deal with the ‘details’ of Faktoje’s request and an audit that was being conducted by SSA in this institution.

“Regarding other details such as invitations, agendas, work programs, forms, invoices, boarding passes, service reports, orders, etc., since this information must be found in the archive, we ask for your understanding to make it available after the date April 23, 2021, period in which the audit of SSA in the Ministry of Interior may be completed. This control of SSA requires a time commitment and considerable human resources from the responsible directorate, which is in insufficient conditions to engage with the details of your request. “- stated the response of the Ministry of Internal Affairs.

After the elections on April 25, Faktoje reminded this institution of the legal obligation to provide us with documentation, but until the publication of this article we have not received a feedback.

The Ministry of Infrastructure and Energy has replied that the request for information is being processed by the relevant Directorate, but it has requested time to send the information.

Response of the Ministry of Infrastructure and Energy, February 19, 2021

Although over four months have passed, we have not received a response from this ministry yet.

The Ministry of Defense sent incomplete responses regarding Faktoje’s 12 questions. We haven’t received any reply in spite of the complaint to the Commissioner.

Ministry of Health and Social Protection and the trick with time

Following the complaint, on 22 April 2021 the Ministry of Health sent Faktoje summarized information and unaccompanied documents on the travels of the head of the institution:

“For the period January 2018 -30 April 2020, the Head of the Ministry of Health and Social Protection has made 5 trips abroad covered by the state budget, of which 4 of them were made by plane (economy class) and 1 by car. The total cost of these trips for 2018 is 3,294 euros. Destinations were Montenegro, Sweden, Italy, Italy, Serbia The response of the Ministry of Health and Social protection, April 22, 2021

After the incomplete answer, the ministry asked for time to provide the documents, but in the meantime the two-month deadline expired and the appeal was legally impossible.

The Ministry of Reconstruction has justified the non-return of the response upon request, with the fact that this institution is part of the organizational chart of the Prime Minister’s Office.

“Regarding the request for information of Mrs. Edit Nikolli, dated 08.02.2021, that requires information regarding the services abroad of the head of the institution, the Minister of State for Reconstruction, we inform you that the Ministry of State for Reconstruction is part of the organizational chart of the Council of Ministers of the Republic of Albania. Minister Ahmetaj in his official visits has been part of the delegation accompanying the Prime Minister. All procedures are organized by the apparatus of the Council of Ministers.

In the cc of this email you can also find the contact of the Information Commissioner of the Council of Ministers. ” – the reaction of the Ministry of Reconstruction, sent via email.

Ministry of Tourism and Environment

On 17 May, Faktoje sent a request for information and on June 4, complained to the Commissioner that the requested information had not been provided.

Following the complaint, the Ministry of Tourism sent us a summary table informing about the dates, destinations, subsistence and the price of the minister’s accommodation, but not accompanied by the accompanying documents. Faktoje complained again to the Commissioner for the incomplete answer and we are still waiting for the requested information.

The Ministry of Europe and Foreign Affairs, fined by the execution, as well as the President’s for the voluntary non-execution of the court decision to provide the documentation, returned an incomplete response to the request sent earlier this year. Faktoje appealed this response and is still awaiting documentation.

With the repetition of the request for information addressed to 15 state institutions, for the invoices of expenses during the official trips abroad of the head of the institutions, Faktoje noticed a decrease in the level of transparency and accountability. Most of them refused to provide the documents, or at best delayed deadlines or provided incomplete responses.

Was the Velipoja tragedy an anticipated event?