Was the Velipoja tragedy an anticipated event? 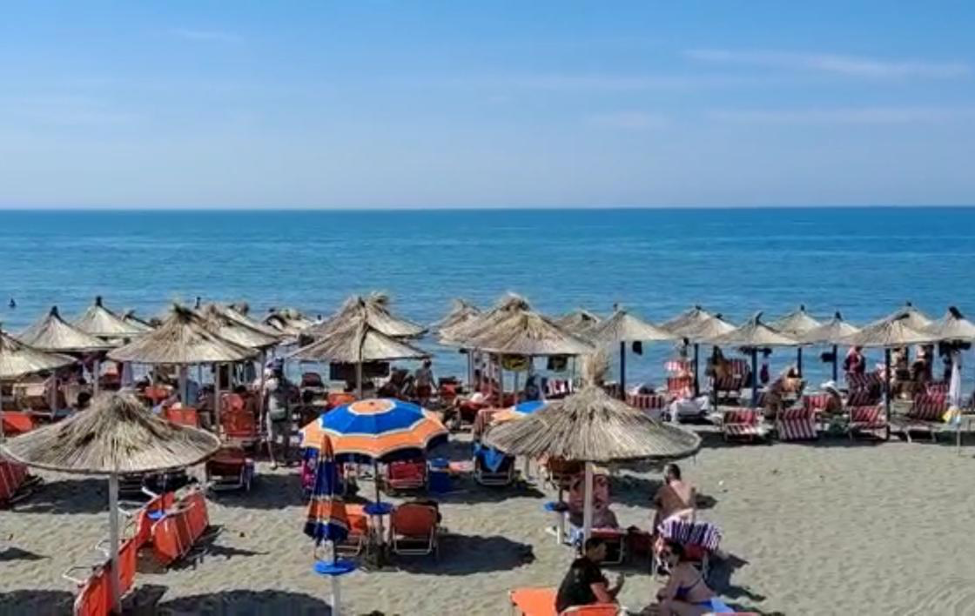 The event resulting in four victims and two injured after a conflict between two hotel owners in Velipoja occurred during a tense and difficult situation for many businesses in the Northern coast. On Saturday, one day before the tragic event, an inspection from Faktoje showed that only 1 exploitation permit was issued in Velipoja. Some businesses had put sunbeds according to last year’s permits, while awaiting approval of the delayed permit for beach service spaces. The division of these spaces by ‘self-judgment’ had caused a lot of dissatisfaction and fear in other businesses which stated for Faktoje that they chose to retreat from what belonged to them.

The small town of Velipoja and the entire public opinion are still shocked by the quadruple murder which took place in the early hours of Sunday, due to a conflict between the owners of the two hotels. Police and the prosecution are still investigating to uncover the motives of the event, however the statements of witnesses and persons involved in the conflict have unveiled that the conflict started due to disputes on sunbed spaces.

According to the Shkodra Police, 59-year-old Kujtim Ferracaku (his son was killed in an assassination attempt in 2018), Xhovani Gocaj 25 years old, Edmond Gocaj 38 years old and Myzerim Zeneli, the latter being the employee in charge of the sunbeds, only 20 years old, were killed in the armed clash. The place where 4 people were killed in Velipoja.

After the event, the father of two of the victims Xhovani and Edmond, Pjetër Gocaj stated for Faktoje:

“They killed my sons! We had set up the sunbeds before the state division of sunbed’s space and we were waiting for the new division to understand how each one would set them up. They came over and shot my eldest first, who is a British citizen and who had come here to invest and work. Then they shot my second son, he shot them back as well. I was not here when it happened”. “My misfortune, they were my friends and colleagues; I don’t know under what circumstances they would come knocking on my door and do this. They should have called me; they know me better than they did my sons. I didn’t know, they did not inform us! They were my friends, I am shocked. On Monday I would have brought over some Kosovars and then this happened.”- ended his statement the father of the two victims.

One day before the tragic event, during an inspection for Faktoje we had detected a chaotic situation regarding service spaces along the coast, which this year was conducted through e-Albania applications. Beside the delays due to this new way of application, it turned out that this issue is causing conflicts among businesses.

“We were granted 900m2 as sunbed space. Last Monday we paid 430.000 ALL and no official from state institutions has come to check on us. We were simply given documents but not the space. I placed the sunbeds on the parcel I was granted by the state both last year and this year; we placed them according to the previous marks.

They came to me on Monday evening and told me that only half of the space was mine, not all of it. The state should divide the parcels so that we all get what we paid for. On Friday I went to the Municipality of Shkodra and filled a formal complaint so that someone from the municipality can come and free the space that has been taken. I have 54 declared rooms, but I don’t have any sunbeds for the tourists!

This other sir came with his map, I showed him my map; he told me that it was his space and I had to retreat to avoid any possible conflicts. I moved my sunbeds and left to avoid conflicts. I blame the state because we paid our obligations to the state, which gave us a map on the 21st of June and we still don’t have sunbed space.”  – stated Hilmi Kapllanaj, tourist operator in the coast of Velipoja. Velipoja, a tourist season with no beach stations and no Anti-COVID protocol

The observation in Velipoja, just one day before the tragic event, foretells a tense and conflicting situation among many businesses regarding service spaces. Velipoja, the city with the largest coast in the North, has officially started the tourist season, welcoming domestic and foreign tourists without any approved beach stations.

This process should have been carried out by the National Coastal Agency, but until this weekend, which was the last weekend of June, only one exploitation permit for beach stations has been issued.

Lekë Marku, who has operated in the Velipoja beach for over 20 years, told us:

There have been delays by the National Coastal Agency in issuing permits for beach stations. We have asked from the beginning for some kind of help or support from the state in this regard, given that we are coming out of a difficult pandemic year and this year we hope that the business will return to normal, but these unfavorable delays will probably cause economic damage to businesses. We have filled in all the required documentation and we are just waiting for the answers for the permit! ” In a feedback for Faktoje, directors of the municipality of Shkodra confirmed:

“So far the National Coastal Agency has issued only one beach space exploitation permit in Velipoja.
There are 10 applications in total that still haven’t been approved. Regarding this situation we have asked the Coastal Agency to speed up the procedures based on the fact that we are at the end of June and this agency still hasn’t issued the permits.
Currently on the beach of Velipoja, businesses have installed sunbeds, but they are not provided with a permit from the National Coastal Agency, which is a violation, as they have not yet been provided with a permit for the beach station where they have placed the sunbeds.

On June 16, the Municipality of Shkodra  through a social media post called on all businesses to submit documentation regarding the permit for the use of service spaces:

“Once you have received approval that your application has been pre-qualified by the Ministry of Tourism and Environment, please appear before the Municipality of Shkodra at the One Stop Integrated Office (Zi1N) to withdraw the relevant invoice with the financial obligation according to local tariffs and planning which clearly defines the agreed area for the beach station and service structures. ” On the same post 11 days ago, the Municipality of Shkodra made an appeal:

“The Municipality of Shkodra requests that the Ministry of Tourism and Environment review the applications of entities in a timely manner and without delays. “Every day of delay has a negative effect on the organization of work for the management of the beaches and the progress of the tourist season.”

“Please, free or make signs for public beach areas, since they have all been conquered by businesses”

Differently from previous years, when until June 15 the beach stations had already received permits, whereas this year the delays with the permits continue, even though it will be July in a few days.

The last update on the website of the Ministry of Tourism and Environment regarding the applications of permits for the use of spaces was on May 17, 2021. This tourist season finds Velipoja not only without approved beach stations, but also without coast guards and without anti-COVID protocols. Empty watchtower on the beach of Velipoja

When asked by Faktoje, tour operators in Velipoja said that they are operating with the old anti-COVID protocol, although with the launch of vaccination process and the reduction of the number of those affected much has changed.

“No one has come from the institutions to tell us what to do, we are implementing the protocol from one year ago, whereas we have become acquainted with the document and rules we have to follow through the media”- told Faktoje a hotel owner who wishes to remain anonymous.

Misinformation is increasing reluctance to vaccinate against COVID-19