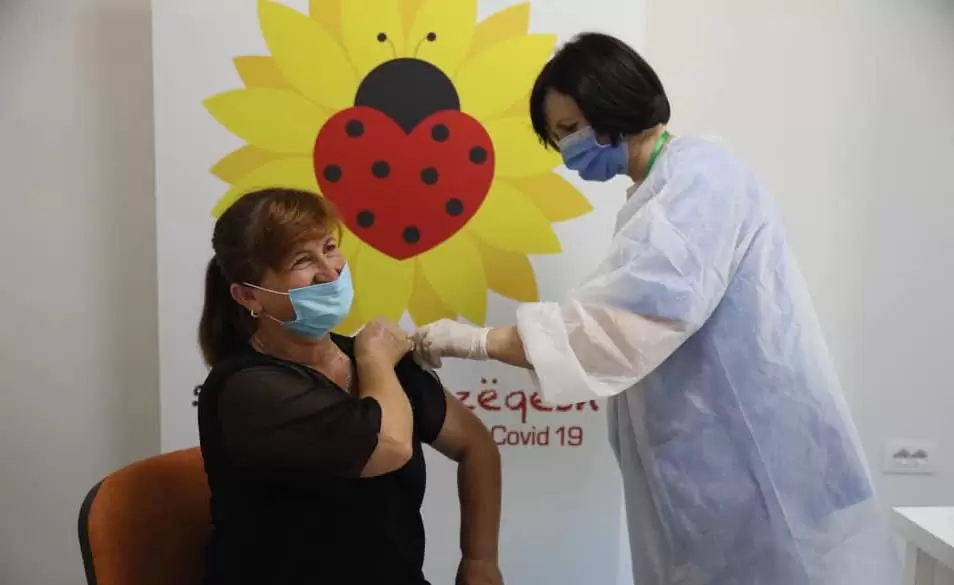 Vaccination against Covid-19 remains the global challenge against the pandemic at a time when people are more and more skeptical about the vaccine. In order to foster this process, the Ministry of Health declared open vaccination days from July 19 to July 25, appealing to individuals over 18 years of age to get vaccinated. By the end of the open week, the Ministry reports 70 thousand vaccinated persons, a figure that indicates a considerable increase compared to the previous week. In Faktoje’s daily poll on social media, most followers stated that they refused the vaccine, whereas the inspection of official data indicates that out of 70 thousand vaccinated persons in the open week, 30 thousand received the second dose of the vaccine, thus it should not be calculated as new vaccinated persons.

On July 16, the Minister of Health and Social protection, Ms. Ogerta Manastirliu declared the initiation of open vaccination days from July 19 to July 25. Until then, the Ministry of Health had stated during its daily reporting that it was conducting the vaccination process on frontline employees over the age of 50.

The open week of vaccination coincided with the official confirmation that the Delta variant was detected in Albania. According to the experts, this variant has higher transmissibility than other variants and further endangers the health of unvaccinated persons.

But how successful was the open vaccination week in increasing the number of vaccinated persons in our country?

On Monday, July 19, when the open vaccination week officially began, Faktoje inquired whether its followers on social media would go get vaccinated. The vast majority voted against, both on the poll on Facebook and Instagram during that entire week. There was a higher percentage of people who voted no on Instagram, where our followers are younger than on Facebook. Out of the group of 10 people of the age 25-30, interviewed by Faktoje, half expressed disbelief by refusing vaccination. The reasons for vaccine refusal are related to Covid-19 risk neglect and fear of possible side effects of the vaccine.

People who voted yes, stated that they had received at least one vaccine dose by Pfizer-Biontech.

Faktoje contacted Dori, a 40-year-old from Tirana who chose to get vaccinated during the open week. He stated that he went to get vaccinated, since he could choose Astra Zeneca instead of Coronavac.

The Ministry reported 70 thousand vaccinated persons, but how many were new vaccinations?

On Monday, July 26, the Minister of Health, Manastirliu posted on her social media page the number of vaccinated persons during the open vaccination week, approximately 70 thousand individuals. After this post, Faktoje decided to inspect regarding the difference in the number of vaccinated persons during the open week relative to the previous week.

Prior to the week of open vaccination based on the official notice on  July 19, it was reported that 466,905 citizens had received both anti-Covid doses.

With a simple calculation, by making the difference of persons vaccinated with both doses, it turns out that during the week of open vaccination, about 32 thousand persons have received the second dose of the vaccine, thus these are not considered as new vaccinations. According to these data, the number of new vaccinations during open week was something less than 40 thousand.

Although, during daily reports inspections we noted that during open vaccination week, on July 20, 24 and 25 there is no daily vaccine report, by decreasing the transparency of this process.

Faktoje addressed Ms. Silva Bino, official of the Institute of Public Health, to learn the number of vaccinated persons for each day of open vaccination week, but she replied that we can find the date on this page.