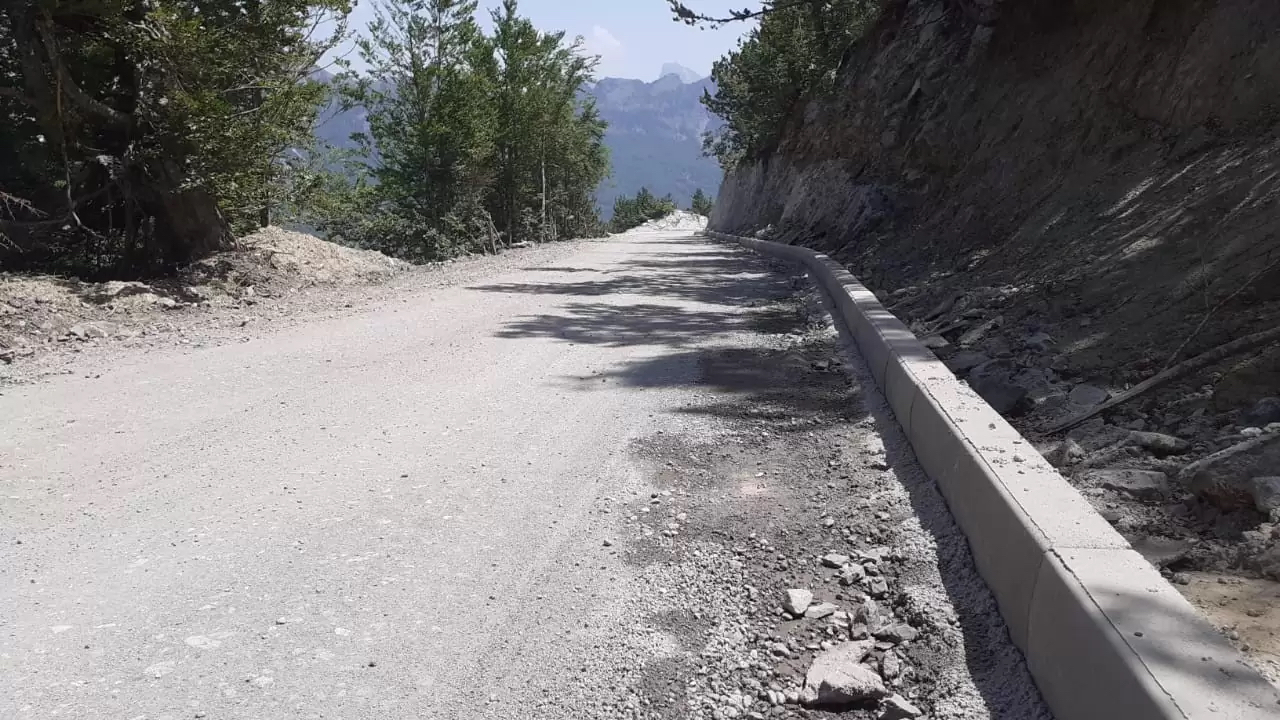 In 2019, Prime Minister Edi Rama stated that the works for the route to Theth would be completed in July 2020. It has now been a year since this deadline passed, and the 16 km road segment from Qafë Thore to Theth hasn’t been finished yet. This has been confirmed by the project’s implementing unit itself, which acknowledged that only 65% of the works have been completed.

In a post from September 2019, Prime Minister Rama  stated that the touristic routes to Theth would be completed by June 2020. Faktoje has reported that this promise has not been kept last June,  when the route should have been completed. At the time, during an on-field inspection we noted that the works sign was on the site, even though it was damaged at the place where it states the deadline. In mid-June this year, Faktoje became acquainted with a few videos, which arrived at our editorial office, regarding the scarce condition of the road to Theth, where the works aren’t finished yet. In the beginning of July, Faktoje sent the Ministry of Infrastructure and Energy a request for information to inquire regarding the implementation phase of the project in this road segment which passes through the area of Theth and when it is expected to finish. Request for information to the Ministry of Health and Social Protection, July 5, 2021

In its reply to Faktoje, the Ministry of Infrastructure confirmed that this road segment is being administrated by ARA, since this investment is being conducted by the Albanian Development Fund. Therefore, the request was delegated to ADF.

“Now the works on the Qafë-Thore – Theth segment have recommenced after the difficult weather conditions which don’t favor and hinder implementation processes to improve infrastructure. In this respect, we can’t determine the accurate deadline to the end of the project. After this reply, Faktoje traveled to Theth to inspect the condition of this segment and if works, funded by the World Bank, were to continue, as confirmed by the official reply of the ADF, the weather conditions now would enable the intervention. When traveling on the road, we noted that the asphalting is still partial, whereas on the day we conducted this inspection we didn’t find any workers or members of the staff implementing the project and the heavy tonnage tools weren’t working. Theth, only 70 km from Shkodra, at the heart of the Albanian Alps, is located about 600- 2570 meters above sea levels.

A declared National Park, the area attracts many local and foreign tourists, which face a problematic road on the months when it is not blocked by snow. The snowy months last beyond the winter months, it is impossible to get through the area and the long-awaited project was supposed to make this road segment safe, is far away from completion.

Referring to official resources of the Albanian Development Fund and on ground inspections, it turns out that the road segment to Theth is not completed yet after 2 years, confirming that the promise made by Prime Minister Edi Rama, it has been one year since the road should have been completed.

Is vaccination alone sufficient to protect against Covid-19 variants?