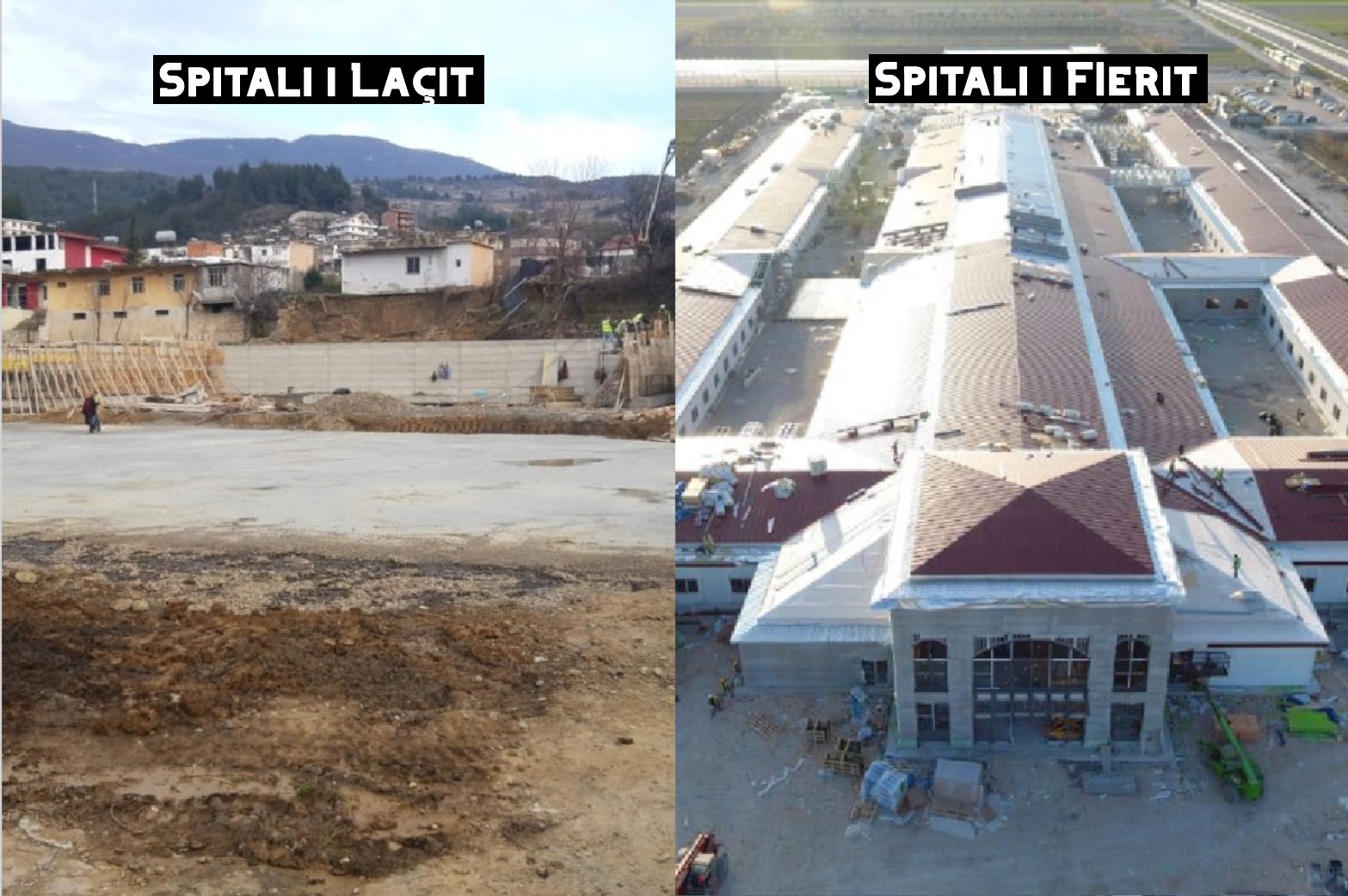 Laç has not had a hospital since November 26, 2020, when the building went out of order due to the earthquake. The government promised that the hospital covering the needs of eighty thousand inhabitants would be ready by June 2020, but the works for its constructions began on February 5 of this year. While the promises for the Laç hospital were continuously delayed, paradoxically the Albanian government backed by the Turkish government announced the construction of a second regional hospital in Fier within 3 months. According to an investigation by Faktoje, it emerges that the Fier hospital is close to completion, setting a double standard compared to the delays that accompanied the reconstruction process in Laç. The strike of the earthquake on November 26, 2019 rendered the city hospital of Laç out of function. The Mayor of Kurbin, Mrs. Majlinda Cara has repeatedly stated to the Prime Minister the necessity for a new hospital, as the population also faces the pandemic.

“Indeed it is vital for the community since the emergency room is also located on rented premises and it would be useful to get started quickly on the works for the hospital.” – Ms. Cara told the Prime Minister during a meeting in Laç on July 28 last year. Prime Minister Rama, as we have previously reported, argued that the reconstruction delays were due to the pandemic.

“The lockdown has been very time consuming and the Ministry of Health has been entirely caught up in the COVID situation and that is why we couldn’t get started earlier…”- he stated.

On February 2, Faktoje made another investigation in Laç and the only change we found was the cleaning of the inert waste of the multi-storey building. Approximately 7 months after the expiration of the deadline for the completion of the works, construction hadn’t even begun in the Laç hospital. On February 9, during an inspection in Lac of the neighborhoods being rebuilt by the Turkish government, the prime minister was informed by the mayor that work on the hospital had begun.

“Meanwhile the work on the hospital has begun, the firm, works are advancing there as well; i.e. the whole construction site. We are preparing for the firm to be accommodated and bring all the necessary tools and infrastructure and finally the works in the hospital have begun, a project that the citizens of this area have long awaited”- stated Mrs. Cara.

On February 16, Prime Minister Rama visited once more the site of the new hospital in Laç, accompanied by the Minister of Health Mrs. Ogerta Manstirliu as well as the mayor of Kurbin. “Prime Minister, we have already started the works of the municipal hospital of Laç since February 5.” – stated minister Manastirliu.

The new deadline for the completion of the works was 4 months, but Prime Minister Rama requested that they be completed earlier.

“You have to work for 24 hours, three shifts, so that the works can be finalized before the deadline. It is possible since there is a low volume of work to do and I think that with this technology we can be successful.” – he said. If the promise is kept, it is estimated that the Laç hospital will be ready in June.

On March 12, 2021, the situation on the construction site of the hospital in Laç is somewhat changed, the change is almost insignificant if you compare it with the working pace in the hospital of Fier. The construction site of the Laçi hospital, March 11, image sent by Faktoje readers

Fier hospital to be completed before Laç hospital

On January 9, when the Laç hospital was still a pile of inert waste, Prime Minister Rama announced the construction of a second Fier Regional Hospital, with the support of the Turkish government. Ironically, its deadline was within 3 months! “The issue is, that the challenge as you may have heard is that this hospital will be built within 3 months.” – stated Prime Minister Rama. From this date onwards, the Prime Minister has made public several times the progress of the Fier hospital on his social networks, which judging by the images is moving with considerable speed. Whilst considering the latest images from the Fier hospital that show that the works are near to completion, it has been made public by Prime Minister Rama approximately 2 months since the beginning of the works. The government has explained that, among other things, the Fier hospital building will consist of a “super antiseismic structure“. From a comparison of the progress of the two hospitals, that of Laç, vital for the 80 thousand inhabitants of the area and the Fier hospital, which is the second for this region, we distinguish the double standards when it comes to the seriousness and pace of projects of public interest.