The injection of the third anti-COVID and mixed vaccination begins. 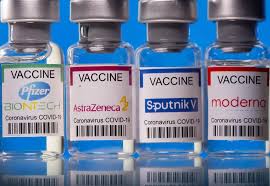 The Minister of Health Ogerta Manastirliu promised that the injection of the third anti-COVID vaccine dose would begin on November 1. From a fact-checking on the ground Faktoje found that the process has already begun and that the third age category has shown great interest in it. The process comes with a novelty, such as mixed vaccination in which the third dose is not necessarily of the same production as the first two injected doses. The right combination which won’t have any consequences was explained by the member of the Technical Committee Silva Bino.

“Starting from November 1 we will begin the vaccination of the third dose for people over 60 years old. We would also like to invite all citizens who have received the second dose more than 6 months ago to come in health centers and vaccinations hubs to receive the third dose of the vaccine starting from November 1.”statedminister of Health Manastirliu on October 27.

On Monday November 1, Faktoje made a verification on the ground in the centers in which the anti-COVID vaccination is being carried out.

First of all we visited the “Air Albania” stadium.

“Here is being conducted the vaccination with the third dose for those over 90. They are being offered the AstraZenneca vaccine, for example if they have received two doses of Sinovac the third one will be Astra Zenneca. The application of the third dose should be injected 6 months after the second dose. Whereas for citizens who are receiving the first or second dose we provide all types of vaccines which are currently found in Albania.”- a vaccinator stated for Faktoje.

In the vaccination center of the Air Albania stadium we also noticed some citizens who requested to receive the first or second dose of the anti-COVID vaccine.

“I have come to receive the first dose of the vaccine, they said AstraZenneca but I don’t know what they’ll offer me. I am waiting to get registered first.”- stated a man in his fifties.

“I am here to accompany my husband, I have received the first Sinovax dose and now I am waiting to receive the second, than after that we’ll see.” – states Mrs. Lutfie as she waits in line with her husband. Photo from the Air Albania stadium in which citizens wait to receive the vaccine, November 1, 2021

Faktoje moved to Skanderbeg Square, where you can also receive the third dose of the anti-COVID vaccine.

“I will receive the third dose today, the first two were Sinovax and the third will be Pfizer, this is what they told me since I suffer from cancerous diseases.”- stated an elderly man who was waiting in line with his wife.

When asked by Faktoje the groups of vaccinators in Skanderbeg Square state that the third dose of the vaccine, regardless of the first two doses the individual has received will either be AstraZenneca or Pfizer based on the patient’s condition.

In the tent at Skanderbeg Square we noticed a significant number of citizens who were waiting to receive the first or second dose of the vaccine. Photo from Skanderbeg Square in which several citizens wait to receive their vaccine, November 1, 2021

In the latest publication on October 30, the Ministry of Health reports that up till now a total of 1,901,824 anti-COVID-19 vaccines have been administrated, with 887,865 citizens who have received both doses.

The third dose, what to expect from mixed vaccination According to the explanation of doctor Silva Bino during an interview onTop-Channel, people who have received two doses of Coronavac and Pfizer can received whatever other vaccine type. Whereas those who have been injected AstraZenneca can’t receive Sputnik V as a third dose and vice-versa. Thus these two vaccines should not be mixed. Mrs. Bino also clarified that those vaccinated with Coronavac can receive the third dose even if it’s only been 4 months since the second dose.

What do studies show about the effects of mixed vaccination