The reconstruction of the Koman – Vau i Dejës axis, an unkept promise hiding under the argument of the energy crisis 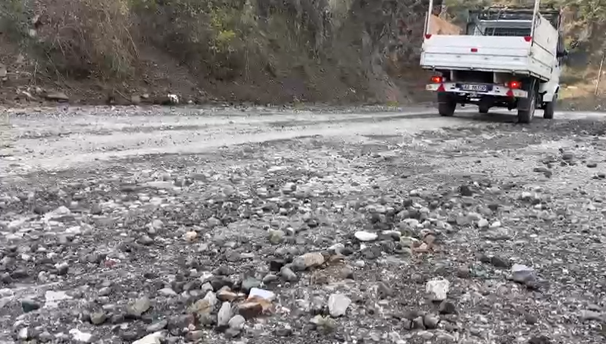 In February of this year, the APC promised the reconstruction of the 30.8 km axis that connects Vau i Dejës to Koman, a degraded and dangerous road that hasn’t seen any intervention in decades. The project with a cost of about 2.5 billion ALL was canceled in August this year due to the energy crisis as argued by the minister of Energy Belinda Balluku during the introduction of the draft budget for next year. As confirmed by her, the investment won’t be carried out during 2022, because priority needs to be given to axes that serve more citizens. This statement and the unkept promise caused the indignation of the citizens of the area.

“30.7 km of the Vau I Dejës – Koman road will be reconstructed; this is the first investment of this nature being carried out by APC. The conversation I had with specialists, residents, and local leaders, as well as informing the public on the continuity of the project is a responsibility of the Corporate to be closer to the community. On Monday, February 8, 2021, we will announce the competition for the implementing company of the project– wrote Benet Beci. Post of former administrator of the APC, Benet Beci, February 6, 2021

The competition for the tender of the 31 km Koman-Vau i Dejës road was opened on February 2021 and remained ‘active’ until April of the same year. 9 months after this promise, a verification on the ground for Faktoje showed that the Qafë Qele-Koman axis is still in terrible condition. Not only have the works on the axis not started, but the investment has been canceled, information which was confirmed by the minister of Infrastructure and Energy during the introduction of the draft budget at the Commission of Economics.

“Due to the emergencies that occurred, we were obliged to stop all investments in August with the change in price etc. and APC was also obliged to stop the investments on the Koman road. It is certainly an obligation that needs to be carried out. It is not part of the 2022 budget or the middle-term budget, since we will give priority to national roads and axes which provide services to many citizens”-stated Mrs. Balluku on November 16. This statement indignated the residents of the Koman-Vau i Dejës area, which went out to protest on November 18. They were disappointed in the fact that the promise was not kept by the former leader of APC, currently MP of Shkodra, Benet Beci, on the construction of the 30.8 km segment of the Qafë Qele-Koman axis.

This promise increased the expectations of the community not only for a safer road, also for the tourist development of the area. The residents of Koman, indignated by the annulment of the project, November 2021

“Besides the families residing in these areas the road also serves hundreds of tourists and employees in HPP Koman, a plant which cashes in millions of euros a year for the state. Death road, no one has done anything about it since the Communist Party when the hydropower was placed.”-stated one of the protesters

“Today this was a peaceful protest, but from tomorrow on we will proceed by blocking the road. The annulment of this project is unacceptable on our part. After 22 years I came back to invest in this country and now I feel like running away at the first chance. The road is the only reason”- stated another resident of the area.

In another post on social media, after the affirmation that the promised road of Koman was not in the plan for 2022, the MP Benet Beci wrote:

“I have often said that this is one of the main developmental projects in the municipality of Vau i Dejës and has an impact in the region of Shkodra because I firmly believe that it serves the residents, tourism, as well as the energy industry as well. Moreover, after decades of exploiting the river Drin cascade for energy production in the entire country, we owe the residents of the area investments for a normal road connection to the rest of the country. For this reason, now not as administrator of APC, but in the quality of MP for the district of Shkodra I will do whatever in my power to make this investment the government’s priority. After checking the investment list introduced by MoIE, in the draft-budget of next year, the reconstruction of the axis with a value of approximately 2.5 billion ALL is not in the plans for 2022.

Based on the conducted investigation and the gathered information, we will categorize the promise for the reconstruction of the Koman road as Unkept.