Tritan Shehu: Albania, the only European country where Covid patients have committed suicide in the hospital 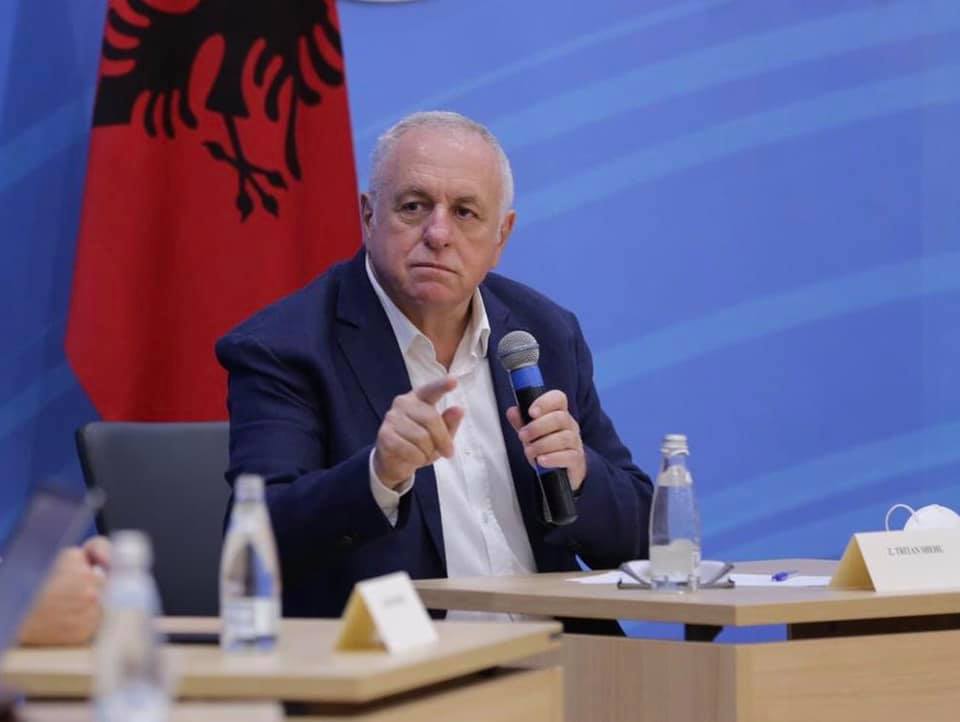 Tirana marked the fourth case of suicide among Covid infected hospitalized patients. Despite the serious injuries received, the patient who tried to commit suicide escaped death. The day before this event at the Infectious Disease Hospital, former Minister of Health, Tritan Shehu, stated in a television interview that Albania is the only European country where Covid infected hospitalized patients has committed suicide. “Faktoje” verified that this statement is not true.

“Let us remember that Albania is the only country in Europe with suicide occurrence in hospitals. Since February, the Prime Minister was already speaking about thousands of dead, filled the streets with army troops, tanks and, machine guns. This shocked the people psychology – stated Shehu during an interview for Report TV, taking into consideration the acts of self-sacrifice by Sars-Cov-2 infected hospitalized patients at the “Shefqet Ndroqi” hospital.

In Albania, the first covid infected patient, who committed suicide at the “Shefqet Ndroqi” hospital, was Xh.K., a 29-year-old man from Durrës hospitalized for 4 days. The incident happened on August 13th , when the patient, who was about to recover from the symptoms, committed suicide by jumping out of the window.

On 2 September, the 65-year-old Hasan Mira from Klosi, who had been treated for only 24 hours at the hospital premises, jumped from the third floor.

On 1 November, another patient died as a result of jumping out of the window of the room where he was being treated at the University Hospital “Shefqet Ndroqi” and died.

According to the available data, during the time he had been hospitalized, the patient did not manifest signs of psychological disorders; both at the time of hospitalization and during treatment therapies – as the authorities of the hospital “Shefqet Ndroqi” stated  after this event. Two prosecutors are investigating this case, but so far, there is no data concerning the results.

The latest case occurred this Tuesday, November 10th at the Infectious Diseases Hospital, where R.G, a 69-year-old patient, jumped from the third floor and suffered serious injuries.

University Hospital Center “Mother Teresa” clarifies to the public that the medical staff at the Infectious Diseases Hospital is making every effort to save the patient’s life, after the serious incident that occurred at the Infectious Diseases Hospital, where a patient tried to commit the tragic act. R.G., the 69 years old patient, is currently being cared for by the doctors of this hospital – UHC reacted on a Facebook post.

Note: The 69-year-old, R.G., lost his life on Wednesday, November 11th, a day after jumping from the third floor of the Infectious Diseases Hospital premises.

“Faktoje” verified if there have been similar cases in European countries, searching for data on Italy, our neighboring country that faced serious consequences from the spread of Covid-19.

The first case of a coronavirus-infected patient suicide in Italy was reported on March 13th, 2020. A 65-year-old man committed suicide jumping from the third floor of a hospital in Maugeri di Montescano.

On March 25th, 2020, a 73-year-old man who had just recovered from the Coronavirus jumped from the seventh floor of Cremona Hospital.

On October 14th, 2020, a 78-year-old man committed suicide and died at the San Pio Hospital in Benevento.

“Faktoje” conducted a research which showed no suicide occurrence among Covid infected patients treated in hospitals in other countries of the region.

The World Health Organization confirms that the Covid-19 pandemic period has significantly increased the risk of suicide in infected patients.

Coronavirus is affecting the mental health of many people. Data obtained from a series of studies indicate an increase at the concern, anxiety and depression level – as stated in a WHO announcement.

From a verification of “Faktoje”, the hospitalized Covid patients’ suicide phenomenon is not a typical case only for Albania. Other events of the same nature, have occurred in Italy, since the outbreak of the pandemic, confirm this fact. For this reason, we will categorize the former Minister Shehu’s statement as “False”.

Tirana can no longer “carry the burden”, Durrës hospital opens the ward for Covid-19 affected patients