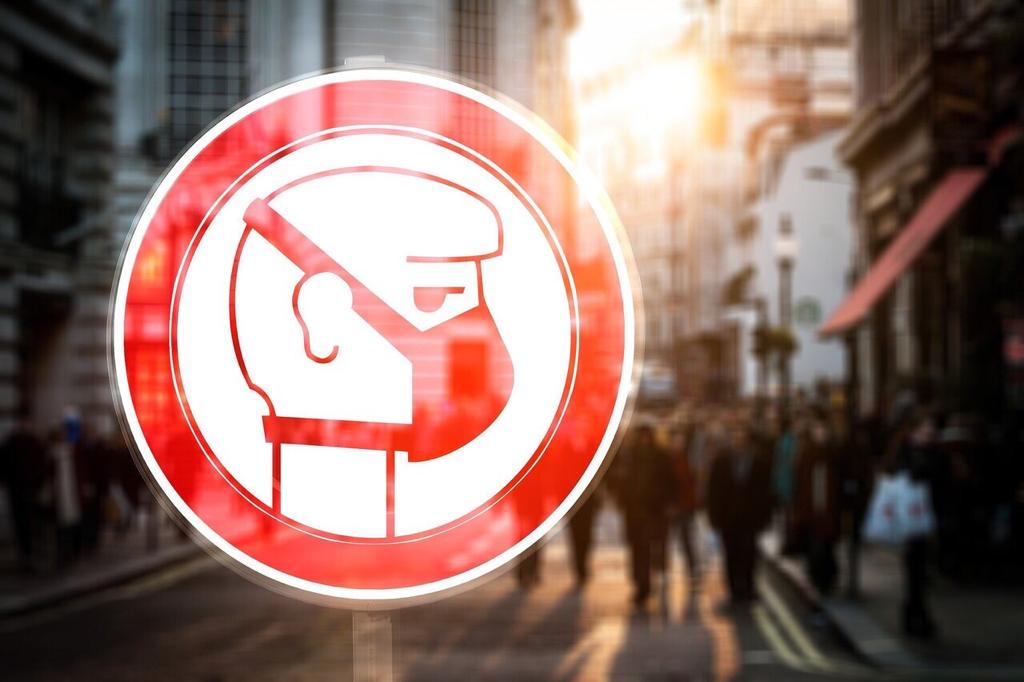 Since the onset of COVID-19, the Ministry of Health has kept appealing on wearing masks and social distancing in order to prevent its spread. However, it is the politicians who break this rule first on their public appearances. On 15 October, a Normative Act was issued on wearing masks on the street and indoors (with the exception of homes). In 4 days, 1,546 fines have been imposed to the “disobedient”. What about the disobedient politicians and law-makers? Who punishes them?

Every day, the Ministry of Health publicly reiterates that the only way to prevent the spread of the virus is keeping a 1.5 meters safe distance, and wearing masks indoors, when it is impossible to keep a safe distance, and lately on the streets as well.

We went back to this topic upon stricter preventive pandemic measures, observing how politicians responded since 15 October onwards. On the same day of the entry into force of the normative act on wearing masks, the mayor of Tirana, Erion Veliaj, “accidentally promoted” his violation. The post of the mayor, Erion Veliaj, on 15 October

On 15 October, while presenting two Albanian artists in his campaign, social distancing and wearing a mask slipped his mind. This was proven by pictures shared on social networks.

It is surprising that in less than an hour from its publication, the status had been changed and pictures of the mayor and participants without masks had been replaced by other pictures. The changed post of the mayor, Erion Veliaj, on 15 October On 15 October, the President Ilir Meta met the Assistant Secretary of State for Educational and Cultural Affairs, Ms. Marie Royce. Unlike the guest, the President did not wear a mask during the whole meeting, although in his public appearances he calls for citizens to wear a mask and respect anti-COVID measures. Despite the legal obligation, the head of SMI, Monika Kryemadhi did not wear a mask during a meeting with women in Durrës, on 18 October. Mayor of Fier, Armando Subashi did not wear a mask during a meeting awarding gratitude certificates to two war veterans, unlike the elderly participants who respected the protocol, at least until Subashi shook their hands.

On the same day a plenary session was held at the Parliament of Albania, a good opportunity for law-makers to promote the new normative act and the existing anti-COVID protocol. However, some MPs publicly violated the measures. At least, on that day measures were taked for the violation of the act, against the following MPs: Kujtim Gjuzi, Florenc Spaho and Alban Zenelaj. As reported by the State Police on the first day of law implementation: How do citizens feel when they are imposed a fine when breaking the protocol, but decision-making politicians are not when they do the same thing?

According to official reports, since 15 October, when the normative acts on wearing a mask on the street entered into force, 1,546 fines were imposed at the amount of 3,000 ALL.

In addition to double standard punishments, what will happen when the official general elections campaign has not started yet and politicians are holding frequent meetings and breaking legal obligations of the anti-COVID protocol?

“Faktoje” asked the Ministry of Health if they have a plan on ensuring the observance of anti-COVID rules, especially during campaigns when electoral campaign gatherings are expected to be held. Request for information to the Ministry of Health and Social Protection

The Ministry of Health did not provide an answer even after the law-defined deadline to the right to information expired.

In the meantime, the Minister of Health, Ogerta Manastirliu, posted on Facebook a awareness raising video through the voice of Dr. Tritani, on the following appeal:

“In order to stop or reduce the spread of infected individuals is to stop Sars-Cov2 micro-organisms from entering our airways and wearing a mask to lower the probability of the virus entering our organism, and the chances of transmitting this virus through this filter or face cover.”

Did they achieve politicians’ awareness raising through this appeal?

The article on invoices receives EU award, while the court battle of “Faktoje” continues