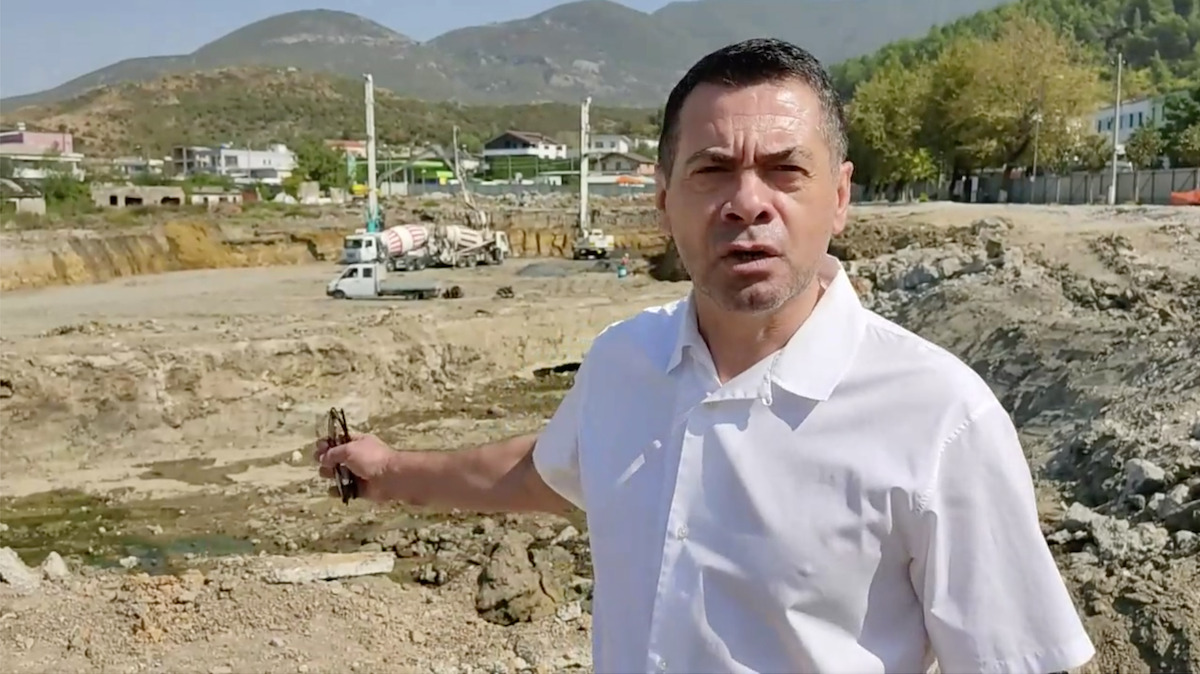 The government promised the commencement of construction works for new flat buildings within September in many of the municipalities affected by the earthquake. Today, this deadline has already expired and there have been almost 11 months since the devastating earthquake and no foundations were laid for flat buildings in any of those municipalities, and in some of them the old buildings have not been demolished yet, either. The government itself has accepted the failure to keep such promise, by coming up with a new deadline for the commencement of construction works for flat buildings, namely November.

On 11 July, during a meeting held in Durrës Municipality premises, the Prime Minister, Edi Rama, the Minister of State for Reconstruction, Arben Ahmetaj, and the mayor, Emiriana Sako, made a promise while giving an update on grants allocation.

“The construction of collective housing units, i.e. flat buildings, will commence in mid-September in many municipalities, including Durrës Municipality,” Mr. Ahmetaj said.

“Faktoje” fact-checked this for the vast majority of municipalities where the construction of flat buildings was planned.

On 11 September, the Prime Minister Rama together with Minister Ahmetaj visited Vora to inspect works in the construction site. While providing his explanation on construction of new flat buildings, the Minister Ahmetaj spoke of Vora and Marikaj area where such works have not started, making public a new deadline.

On 20 September, the Minister Ahmetaj, during his inspection in Laç, where two new sites will be developed and works will be fully implemented by Turkish Government, said:

“On behalf of the Government and the Prime Minister, I assure the residents of Laç that one of the sites will be ready by March, meaning that half of apartments will be ready, whereas the rest consisting of the second site, part of the same project, will be ready within 3-4 months after the completion of the first step.”

On 24 September, the mayor, Ms. Majlinda Cara, explained that the excavation phase was not completed due to geology issues.

“We hope that soil reinforcement process will be completed by 20 November.” – mayor of Kurbin said, therefore proving that even this municipality did not commence flat buildings’ construction works in September, but they were projecting November as the deadline, in the best case scenario.

On 25 September, during an inspection in Dajti area, the Prime Minister Rama asked mayor of Tirana about the progress with the construction of new flat buildings.

“The competition has been finalized and 8 companies have been qualified. Now, we will submit a call for financial bids.

The demolition process starts with schools. We have a schedule for mass demolitions of schools.” – the mayor Veliaj said.

“If flat buildings are not demolished, no one will believe that new flat buildings will be constructed” – admitted the Prime Minister during that conversation.

On 3 October, the Prime Minister Rama, during his inspection on individual buildings in Thumana, together with the Minister Ahmetaj, mentioned the issue of flat buildings’ reconstruction, for which no construction works were initiated. On 9 October, while speaking of the new flat buildings to be constructed in Durrës, the Minister Ahmetaj said:

On 14 October, the Prime Minister Rama, together with the Director of ADF, Mr. Dritan Agolli, and mayor of Shijak, Mr. Elton Arbana paid a visit to Shijak. The ground infrastructure was about to be completed, whereas works on opening flat buildings’ foundations not only have they not commenced, but they were awaiting for the announcement of competition awarded company that will carry out works.

“We believe that we will have a winner company for the construction of flat buildings within November” –the Director of ADF for Shijak area confirmed.

On 14 October, when “Faktoje” performed an on-site fact-check related to the promise that the reconstruction of flat buildings would commence in Kavaja Municipality within September, the Prime Minister Rama, during another inspection with the Director of ADF, asked when would the flat buildings’ foundations be laid in that municipality. The answer provided by the Director of ADF, Mr. Agolli, was stating a new deadline:

The government itself, at the end of September, during an online communication in ERTV channel, published a summary table for the reconstruction of collective housing units (flat buildings) in ten 26-November-earthquake-hit municipalities, confirming that the process was still in the tendering closing phase, which will be followed by the announcement of winning companies (except Vora Municipality). Image taken from the presentation of Minister Ahmetaj, on 29 September 2020.