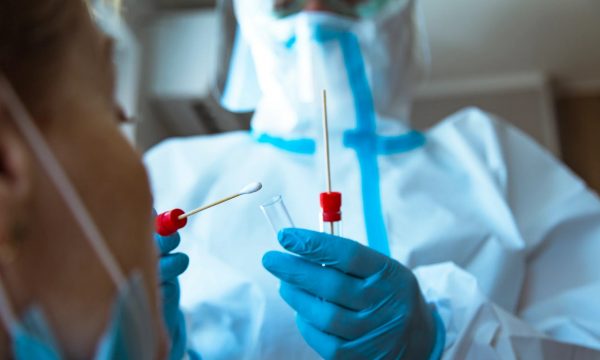 Since the onset of the pandemic, North Macedonia has conducted several times more COVID-19 tests than Albania. According to experts, it is very likely that the real situation in terms of COVID-19 cases and victims in our country, is similar to that of Macedonia, but the low number of testing in Albania hampers their real identification.

On 24 September, North Macedonia announced that they had performed 1630 COVID-19 tests. On the same day, Albania reported that almost 852 tests had been conducted, which is half of Macedonia tests.

According to official figures, North Macedonia has performed over 181 thousand tests since the onset of the pandemic. Meanwhile, Albania has conducted around 83 thousand tests, or 100 thousand fewer tests than Macedonia.

Why is Macedonia ahead of Albania in terms on tests number?

A resource from North Macedonia told “Faktoje” that the number of tests is different every day; usually not more than 2000 tests are performed in 24 hours, with about 10% of infected people. The number of tests depends on the number of people with symptoms and those who believed that they contracted COVID-19 and have the tests done in private hospitals. In the meantime, Macedonia performed screenings in kindergardens and nursery schools as well.

Since the onset of the pandemic, 12 thousand people have been infected and 370 people have died due to COVID-19 in Albania. These figures are higher in Macedonia, with 17 thousand infected people and 712 deaths.

Erion Dasho, an epidemiologist, told “Faktoje” that it is likely that the situation in Albania is the same as that of North Macedonia, in terms of infected people and deaths, but since the number of tests is lower, it cannot be proven.

In early September, “Faktoje” reported that in North Macedonia PCR tests (swab tests) in private hospitals varied from 50 to 100 euros.

Meanwhile, the price of a PCR test in Albania is 12,000 ALL or 100 euros, and it has not changed since the liberalization of PCR tests in private laboratories.

Recently in North Macedonia, the Health Fund set a cheaper price for the molecular test as compared to Albania.

Since the onset of the pandemic, North Macedonia performed 176,000 PCR tests in total.

According to the Public Health Institute in North Macedonia statistics, 55% of the were performed in public hospitals. In the recent days, tests are widely performed in private hospitals and laboratories rather than public ones.