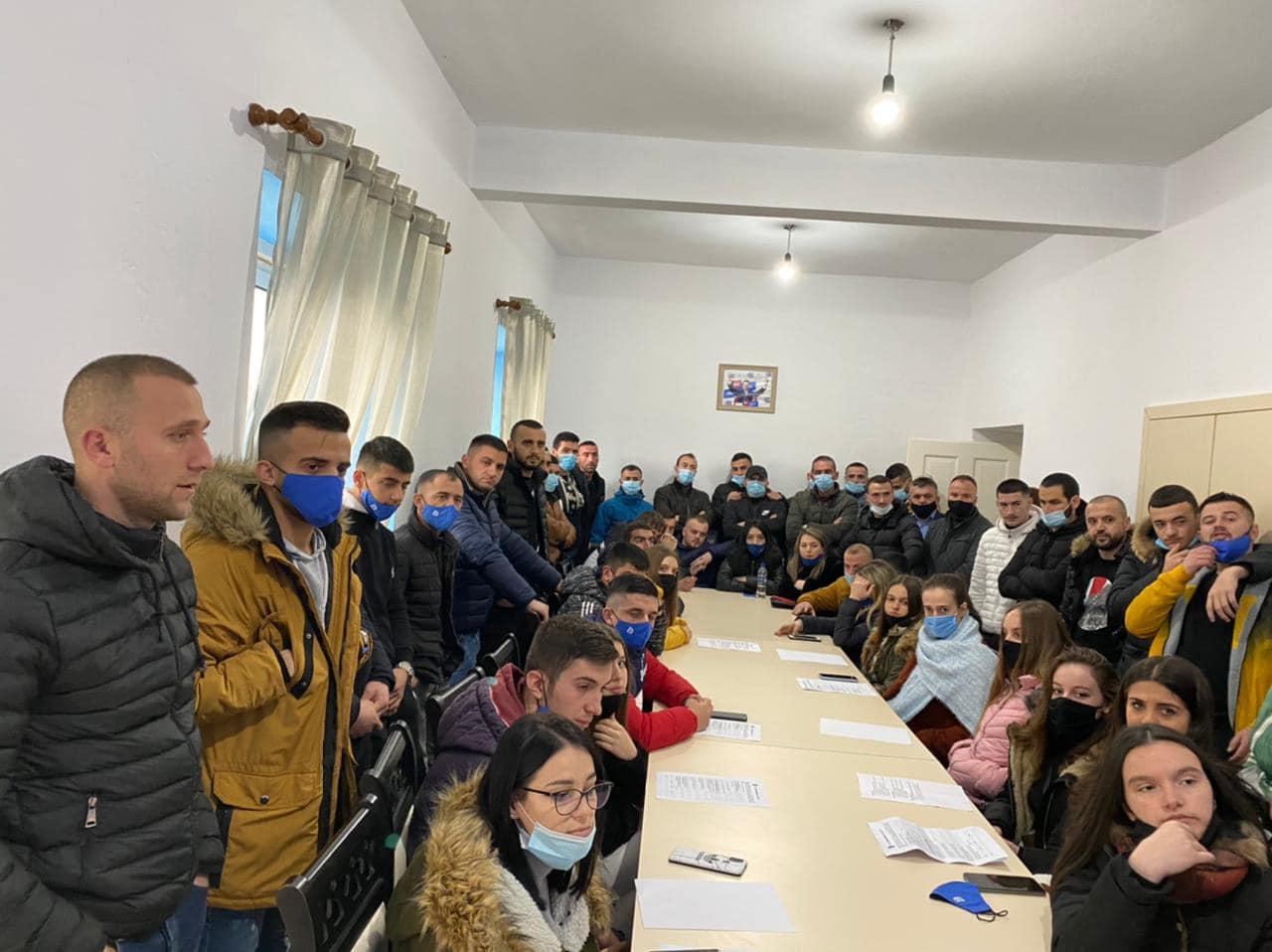 Since November 2020, the Technical Committee of Experts prohibited the gathering of more than 10 people, as well as electoral meetings, and it extended the closing down of university auditoriums indefinitely. These restrictions aim to prevent the spread of Covid-19. However, with the elections of April 25th approaching, the phenomenon of mass gatherings for party meetings has increased. Paradoxically, many of the participants are students, who, while ‘respecting’ the imposed restriction of remote learning, occupy electoral meeting rooms, thus violating the Anti-Covid protocols jointly with the organizers.

Nearly three months since the announcement of the restrictive measures that prohibit gatherings, both indoors and outdoors, party meetings, rallies, conferences, etc., it is noted that violations are increasing considerably. Despite numerous calls addressed to offending citizens and officials, there seems to be no response.

On February 4th, the Ministry of Health reported a record number of daily Covid-19 infections at 1052 cases. Following these alarming numbers, “Faktoje”, which has continuously monitored the implementation of the measures imposed by the Committee of Experts, found several activities mainly organized by political party representatives and the government, characterized by gatherings of primarily youths. Helidon Bushati, DP Member of Parliament with the youths of Puka, January 31st, 2021 Helidon Bushati, DP Member of Parliament with the youths of Puka, January 31st, 2021

As evident from the photo, the politicians’ campaign with youths is not ceasing, instead it is intensifying with the elections approaching. At a time when the Committee of Experts prohibits youths from attending lectures in auditoriums, they regularly participate in mass gathering meetings, often times without wearing masks or social distancing. SMI Leader Monika Kryemadhi held the introduction of the electoral program in Durrës indoors, during which, the participants (the photo showcases more than 20 people) were ‘rigorously’ unmasked and not distancing. On that same day, she also met with first-time voting youths, a meeting also promoted on the social media of Mrs. Kryemadhi. The parliamentary opposition member Halit Valteri held a meeting with the citizens of Kamza Municipality, where the ‘nonchalant’ violation of Anti-Covid measures is obvious. The photos were published by Mr. Valteri himself on his Facebook page.  The Member of Parliament Valteri is accompanied by the Minister of State for Parliamentary Affairs Elisa Spiropali. In regards to cases of punished Anti-Covid restrictive measure violators, the data are unclear. Based on the DCM No. 3, dated 15.3.2020, the State Police is assigned to impose administrative measures on violators. However, the daily communications lack regular data on such cases, meanwhile electoral gatherings are being organized regularly.

“Faktoje” spoke with the Head of the Epidemiology Department, Silva Bino, requesting her opinion regarding the monitoring of punishing subjects who ignore the Anti-Covid measures, particularly in electoral activities, where the majority are of a young age.

The Epidemiologist Mrs. Bino replied: “The State Sanitary Inspectorate and the State Police are both eligible to impose measures, however the level of punishment is quite low.”

We addressed the press office at the State Police to inquire about actual data on the punishing of organizers and participants in such activities, but similarly to November 17th, when we inquired about the same, there was no reply.

Screenshot of “Faktoje’s” questions addressed to the press office at the State Police, February 4th, 2020

“Faktoje” has published previous articles verifying the blatant violation of the Anti-Covid restrictions by politicians, who are often the  organizers of such activities during the pandemic.

The CEC fines Veliaj, but the number of ‘violating’ officials is larger