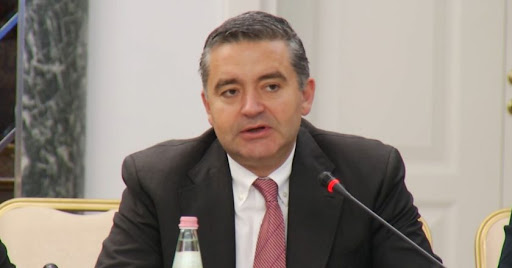 The entry of foreign tourists in Albania was low during the pandemic year 2020, however according to the Minister of Tourism Klosi over 2.5 million tourists entered Albania in the first 10 months of the year. But the official figures provided by the Ministry of Tourism show that throughout 2020, less than half of the figure provided by the minister has entered the country. This is the second false statement made by Mr. Klosi on the number of tourists, as a similar one was fact-checked by Faktoje in 2018.

On December 22, 2020, while having a discussion on the show Real Story, the Minister of Tourism and Environment Blendi Klosi stated that tourism was the only sector that functioned fully and quite well during the summer months.

“Anyone with a foreign passport that enters Albania and stays for more than 24 hours is considered a tourist in Albania. Albania was visited by two and a half million tourists in the first 10 months of the year which is actually 45% less than 2019, but we still got 50% of the tourists of 2019 which is also a successful figure.-stated minister Klosi.

Based on this statement, Faktoje sent a request for information to the Ministry of Tourism, to inquire about the number of tourists that visited Albania during 2020.

Request for information addressed to the Ministry of Tourism

Based on the response of the Ministry of Tourism, it turns out that 1,142,869 tourists entered the Republic of Albania during 2020. Response of the Ministry of Tourism

The official figure provided by the Ministry of Tourism is less than half of what the head Klosi stated.

Faktoje requested information from the Ministry of Tourism regarding the number of tourists that entered Albania 2019, because according to Mr. Klosi the number of tourists in 2020 was half of 2019 and by simple math based on what he stated we come to the conclusion that 5 million tourists must have entered the country in 2019.

Request for information addressed to the Ministry of Tourism

The Ministry of Tourism has not responded to this request even though the 10 working days’ deadline provided by the law on the right to information have passed. Faktoje requested information on the number of tourists who have entered the country during 2019-2020 from Rinas Airport. But the Airport hasn’t responded either despite the fact that the legal deadline has passed.

In 2018 Faktoje fact-checked another statement by minister Klosi regarding the number of tourists that have entered Albania in which he also stated higher figures than the real ones.

Only half of the reconstruction fund was completed in 2020, the beneficiary companies are well-known