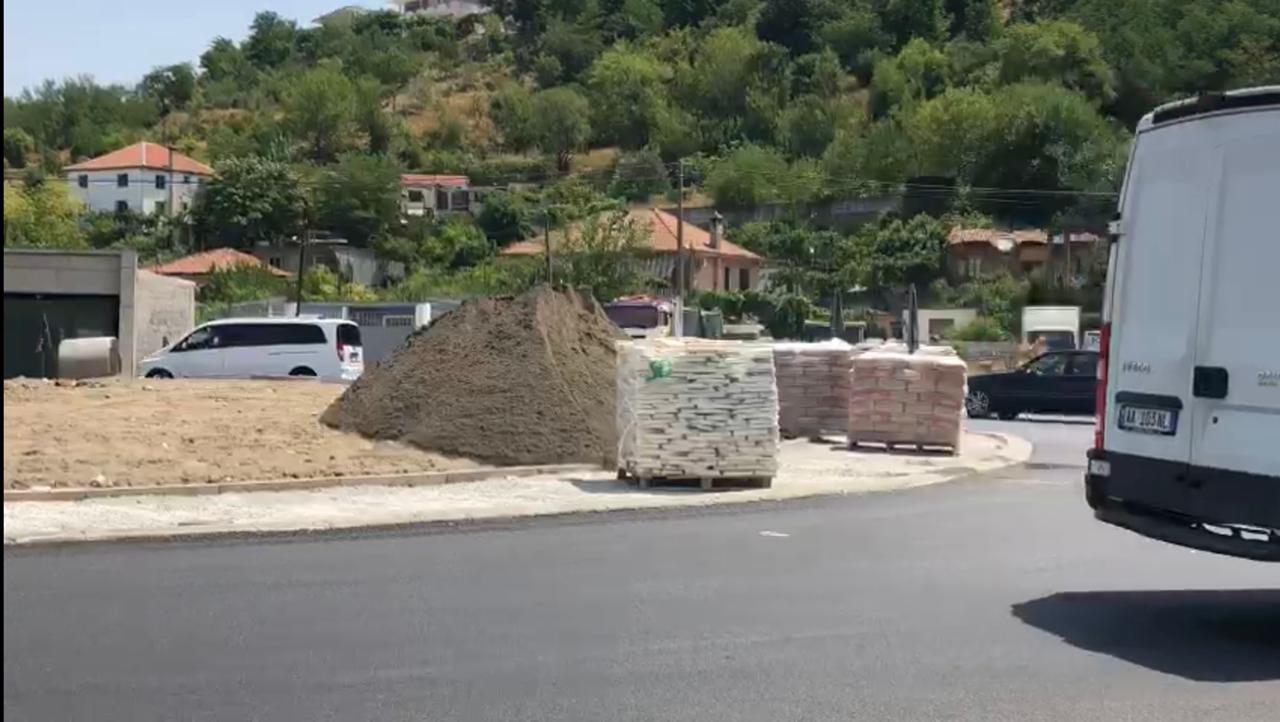 According to Prime Minister Rama’s promise, the Shkodra bypass, which has been in the works for almost a decade, was scheduled to be completed this summer. Roadworks continued to wreak havoc on the traffic in late August, according to on-the-ground inspections. The process was slowed by constant changes to the project, work suspensions, expropriation difficulties, and disputes between the government and the municipality. Meanwhile, a project information sign at the Shkodra entrance, located distant from the construction site, said that the project should have been completed 7 years ago.

“Good morning from the Shkodra bypass, which will be a breath of fresh air for Shkodra residents this summer, complete with sidewalks, lights, greenery, and bike lanes. Have a wonderful weekend!” – on June 5, this year, Prime Minister Rama wrote on his social media. Even though the postis part of the Prime Minister’s social media posts list, we were unable to completely access it when we clicked on it on Wednesday, September 1. We went on the ground in late August to investigate if the Shkodra bypass project had been completed, but we found that there were still unfinished works generating traffic and chaos. During our on-the-ground checks, we sought for a construction site sign (which is required by law for any public project), but the only one we found was near the end of the Shkodra – Hani i Hotit axis, which said that the project’s Lot No. 1 construction had been due to be concluded on May 31, 2013! The bypass has yet to be finished, and during the summer season, when border admissions were high, there was chaos and traffic congestion, contrary to what the Prime Minister promised. We looked for updates from the Road Authority on the project’s development, however the most recent update from ARA on their official Facebook page was in June 2020.

The long-awaited Shkodra bypass, which is expected to protect the city from Buna River floods among other things, was first presented in 2010, with construction beginning in 2011.

The project has yet to be completed, after a decade of its announcement and two government mandates, due to many project changes and expropriation difficulties. Several times over this period, bypass construction has been halted. Residents who were affected by road construction protested in 2013, seeking compensation, which was granted last year following the government’s decision to establish an ALL 304 million fund.

Meanwhile, no machineries from contracting companies were found on this investment from 2015 to 2017.

ALL 2 174 406 258 has been spent on the Shkodra bypass, which is considered a priority transport and infrastructure investment. By linking the Tirana-Shkodra axis to the Shkodra-Hani i Hotit axis, this bypass will prevent cars from passing through the city.

Veliaj no longer promises Zoological Park deadlines, but Tirana Municipality states that in December will be completed