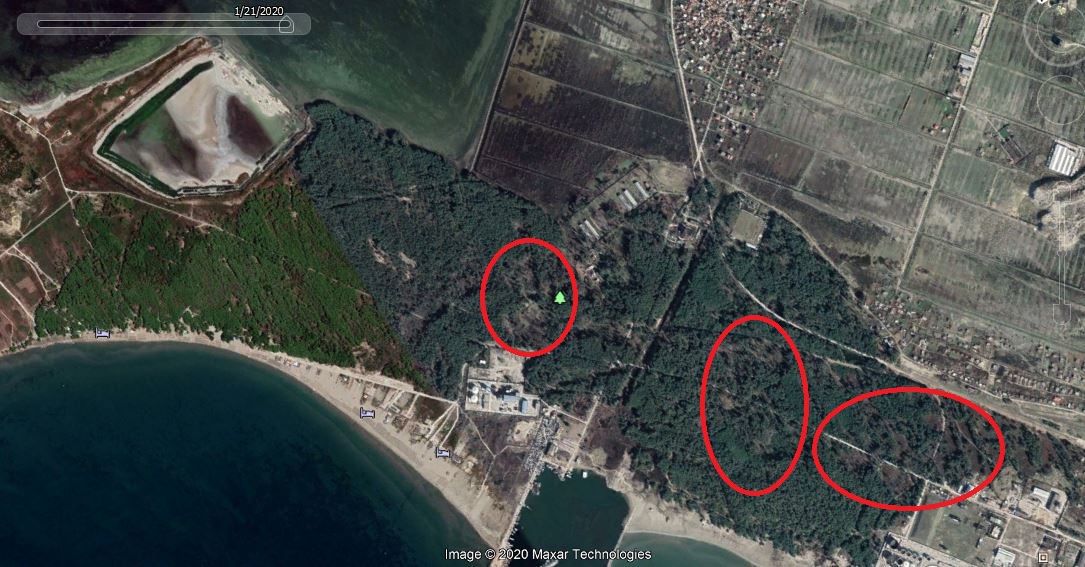 The Soda Forest in Vlora, otherwise known as “the lungs of the city” has been for years subject to the destruction of trees and fires. According to experts, this forest, which once extended over a surface area of 670 hectares, today has shrunk to 550 ha. Four years ago, the Vlora Mayor promised that municipal police officers would be guarding it, but the forest frequent arson and pollution testify that this natural asset has been slipping the authorities’ attention. Moreover, during the on-site verification, “Faktoje” noticed that the forest was not being guarded, while the municipality refuses to provide a reply whether it has kept its promise.

In a media statement, on March 1, 2016, Mayor Dritan Leli assured the entire community that the Soda Forest, or entire Vlora people’s property, as he described it, will be guarded based on a special plan of measures, ensuring protection from abusers.

As Leli stated, “The Municipality of Vlora, in cooperation with the Municipal Police, will start today guarding the Soda Forest 24 hour, seven days a week, aiming at the protection of this asset which is of great importance to everyone.

On April 8, 2020, a major fire was recorded in the Zvërnec area, which also encompasses the Soda Forest. It is suspected that the fire was intentionally set and aided and abetted by the wind, and as a result it threatened to burn a large area of pine trees in the Soda Forest. The mayor Dritan Leli also reacted to this incident, stating:

“Whoever thinks that they can achieve evil goals in this situation has chosen the wrong path and place. We will plant twice as many trees as those burned today.”

However, the municipal police that, as the mayor promised, should have been present to protect this greenery space, was never mentioned in any of this statement lines.

We carried out an on-site verification to discover if the Soda Forest was being guarded by the municipal police in order to prevent its damage, as Leli promised. We crossed the 5 km radius of the forest area and noted no presence of any municipal police officer. Instead, we took note of inert or plastic debris and a polluted surface that had not been cleaned for a quite long time. “Faktoje” attempted to communicate with the Vlora Municipality to learn about the fulfillment of the promise made by the Mayor 4 years ago. 17 days have passed since the submission of this request; yet the municipality refused to respond. According to the organizational chart, which is published on the Vlora municipality official website, there are 35 municipal police officers. It is a rather small number to claim for the 24 hour guarding of the Soda Forest. Furthermore, the Vlora Municipality regulation does not specify what the duties of the municipal police are.

After reviewing this regulation, we found Law no. 8224 as the document that sets forth the municipal police functions. In particular, paragraph 4, under article 8 explains that the municipal police officers duty is, among other things, to observe and prevent environmental pollution and various waste dumping.

After verifying Dritan Leli’s statement, we decided to rate it as a promise broken.