Is vaccination alone sufficient to protect against Covid-19 variants? 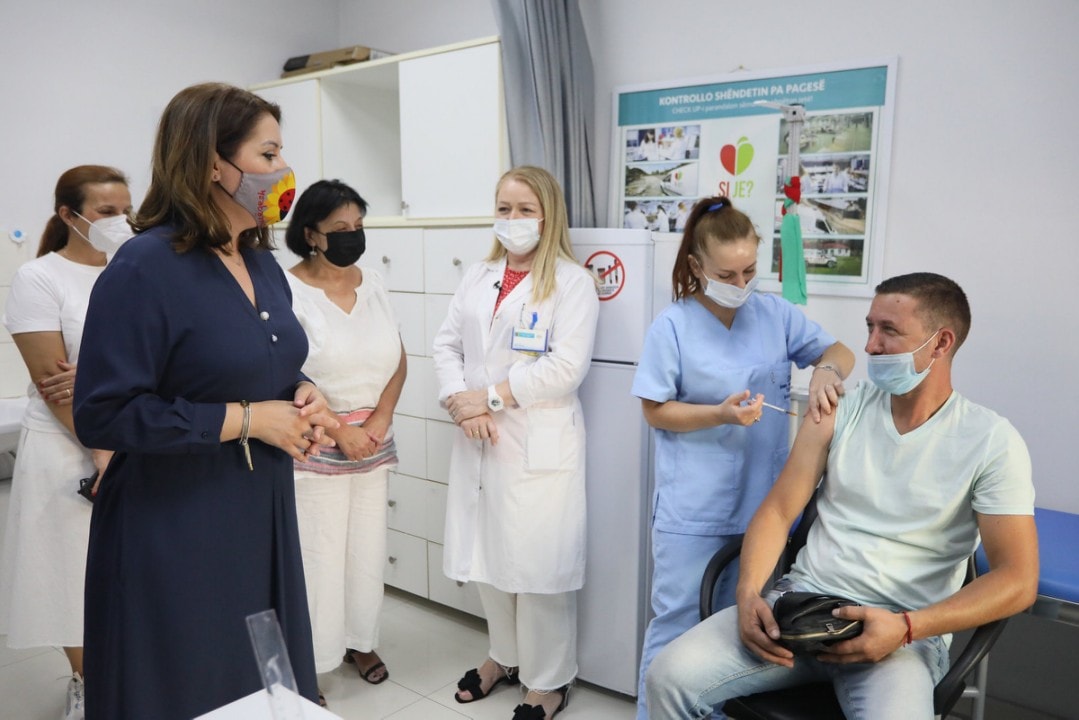 In an economy under the grip of the Covid-19 pandemic for over a year, along with the expectation of overcoming the crisis, the number of people entering and leaving the country for holidays has also increased. In the last three weeks, while approximately 1 million persons have entered the country through the land, air and sea borders, the number of Covid and Covid Delta cases have multiplied in less than a month. As officially confirmed since July that it has appeared in Albania, Delta is posing a new threat to public health, which is an alarming issue for Albania. How protected is our country against a new wave of cases while border crossings lack control measures and less than a quarter of the population is fully vaccinated?

After more than a year under the pandemic and restriction measures, as was the temporary border closure, the economies of several countries are viewing tourism as a means to overcome the financial hardships they endured. In this regard, mass vaccination efforts were carried out, accompanied with the lifting of restriction measures.

On April 17, Prime Minister Rama announced the commencement of vaccinations for tour operators:

“The Government is ready to vaccinate the entire staff of hotels, commencing with those in coastal areas, which will also be the ones hosting the largest number of tourists. Their vaccination will provide further reassurance to tourists, as the hotels will be Covid free.”

On May 28, in a post on his Facebook page, Prime Minister Rama announced that the process would soon be completed. On July 4, the official report of the Ministry of Health indicated that the situation was stable and optimistic as regards Covid-19 spread. On that day there was only 1 new Covid case in the country, while the total number of vaccinated persons amounted to roughly 988 thousand, 412 thousand of whom were fully vaccinated with both doses. However, in only 3 weeks, the situation is indicative of a new wave of cases that may soon be upon us, according to official data.

In the new update posted on the official site of the MoH on July 25, it results that active cases have increased five-fold at the country level, from 52 cases in the beginning of the month to 280 cases.

The map expansion is notable in the report of July 25, showcasing the inclusion of 6 new municipalities with new cases of Covid-19 or the new variant.  Kukës is the most notable as it was not included in the report of three weeks prior, while during this period, as we also reported on July 27, thousands of people have entered through the Morina border crossing without undergoing any Covid control measures or otherwise.

Moreover, the Director of the Public Health Institute Ms. Albana Fico also confirmed the increase in the number of new cases during the conference of the Technical Experts Committee, on the Monday of July 26.

“The daily average has increased from 13 to 27. The total number of active cases has also increased from 272 to 280. There are now ten municipalities exhibiting new cases.” – she stated.

Prior to the conference, Minister of Health Ms. Ogerta Manastirliu officially confirmed the presence of Delta in the country through a post.

Delta’s unavoidable presence in Albania is bad news, because, as stated by Deputy Minister of Health Ms. Eugena Tomini in an interview on “News 24“, its high transmissibility may lead to a new wave of infections.

“It bears noting that its transmissibility is far greater and that will also be the case regarding Albania. According to the possibilities stated by the WHO and the European Centre for Communicable Disease Prevention and Control, the month of August, namely mid-August, will mark the peak of Delta domination, amounting to nearly 90% out of all current variants.” – she stated, while mentioning those most at risk.

What we know thus far in regards to Albania is that the number of fully vaccinated persons is approximately half a million, amounting to less than a quarter of the eligible population, calculated to be 2.2 million.

This is a small number that increases the potential of Delta spread amongst the majority of the population. The situation has alarmed health authorities, which, following their trial of the open vaccination week in July, announced August as the month of open vaccination.

“Unvaccinated persons above the age of 60 are at risk of contracting severe virus forms, as we saw yesterday, where we lost an unvaccinated 70-year-old. However, younger ages, under 40 years old are also being admitted to hospitals” – epidemiologist Silva Bino stated.

“The Delta virus requires urgent vaccination! The virus is highly contagious and time is running out” – she said.

On 26 July, Deutsche Welle, based on the opinion of virology and epidemiology experts, wrote that Delta is the fastest, fittest and most formidable version the world has seen. They cite microbiologist Sharon Peacock, who states:

“The biggest risk to the world at the moment is simply delta.”

While according to local experts, the arrival of Delta in the country was only a matter of time, particularly during these times of high traffic at border crossings. “Faktoje” looked at the current figures of inflow and outflow.

The latest reports of INSTAT in this regard concern June 2021. “During this month there have been 939,872 recorded entries in the Albanian territory, approximately 2.6 times more than those during the same period of last year. 604,381 are foreign citizens, marking an increase by 3.4 times compared with previous June.” – the report of INSTAT writes.

The most notable countries from which such foreign citizens are entering Albania include England, Italy, etc., where the presence of the delta variant has been confirmed for months.

Entering of foreign citizens by country of origin, INSTAT

What are the measures available in Albania to identify potential cases infected with the dangerous virus or its new variants? “Faktoje” conducted several verifications at “Nënë Tereza” airport in early July, when, based on official reports, we learned of the increase in the inflow of people from other countries. We asked travelers entering Albania regarding the checks conducted upon arrival. “They did not take our temperature upon arrival, they did so only when we boarded, in Krakow” – “Faktoje” was told by a person in their 30s, who had just exited the Krakow flight in Poland.

A foreign citizen, who had arrived on the same flight, confirmed that they were not required to provide the PCR test results, a practice that international airports implement. He told “Faktoje” that there had been no temperature checks either. During July, “Faktoje” visited the Port of Durrës as well, where they spoke to a tourist arriving from Italy on the Bari-Durrës ferry. “They did not request anything, neither a PCR test, nor a vaccination card. I am looking forward to visiting Albania” – she told “Faktoje”.

The lack of checks at border crossings, be they land, sea or air borders, have also been confirmed by state authorities, which admit that the checks of travelers entering Albania are conducted in other points of transit.

“At the level outside of Albania’s borders, that is the Albanian cross-border level, there is no test documentation or vaccination card requirement to enter the territory of the Republic of Albania.

In all international and airport transits, a Covid-19 PCR test result conducted in the last 72 hours is required and, obviously, when they enter the Albanian territory, they have already crossed several border checkpoints where their test was checked.” – Deputy Minister of Health Ms. Eugena Tomini stated on July 22.

The municipality of Durres cannot even afford the salaries for city maintenance; waste management in the hands of the government.