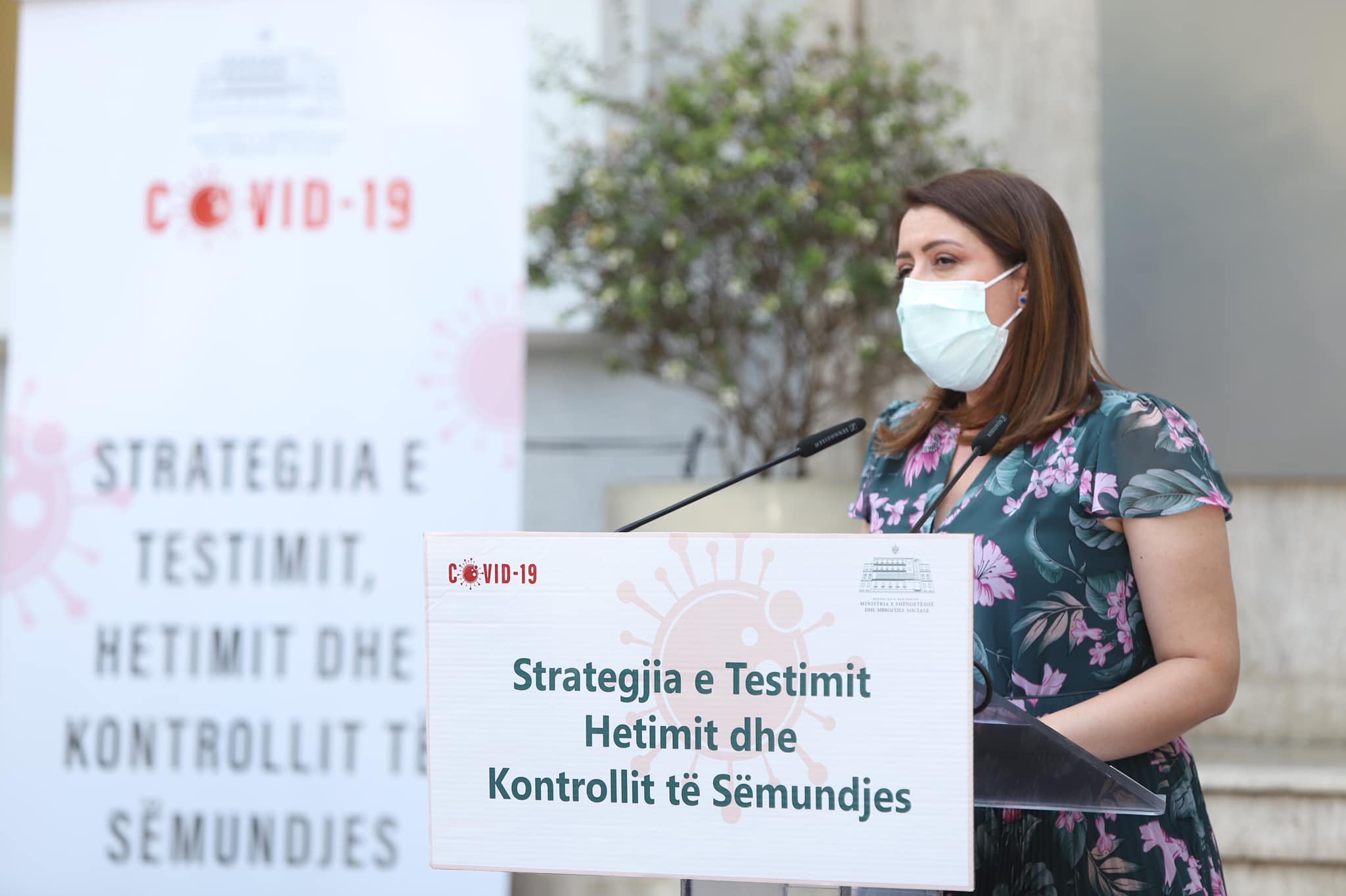 On 17 August, during the introduction of the fall-winter strategy, the Minister of Health, Ogerta Manastirliu, announced that starting from September onwards, COVID-19 tests would be doubled. According to this promise she made when 620-650 tests were performed per day, it was supposed that at least 1200 tests would be conducted per day in September. Based on “Faktoje” verifications, by the first week of September tests were not doubled, although their number has increased since 16 August.

Since the onset of COVID-19 pandemic, public health experts and political representatives in Albania criticized the low number of tests for people with suspected COVID-19.

The Ministry of Health argued that they were implementing an “intelligent” strategy, as they traced back the contacts of infected people, hence the prevention of pandemic spread.

On 23 July, two private laboratories, namely Intermedica and ALNET (American Laboratory Network) – affiliated with the American Hospital – were licensed by the Ministry of Health upon a decision of the Technical Experts Committee, to perform COVID-19 tests for the people who had to travel abroad.

“Faktoje” interviewed the two licensed clinics on performing COVID-19 tests and it was confirmed that molecular tests began on the first week of August (Intermedica on 3 August and ALNET on 8 August).

August was characterized by an increase of the number of tests, with the highest being 932 tests on 18 August. By 21 August, the Ministry of Health continued reporting high figures of performed tests. However, following 22 August, after allegations from the Democratic Party for lack of transparency, the Ministry of Health responded and announced that the reported figures included tests in private structures.

Tests included tests in public structures and cases of diagnosis confirmation with suspected or positive diagnosis in private licensed structures, according to the assessment of the PHI – the announcement of the Ministry of Health stated on 22 August.

On 17 August, during the introduction of the fall-winter strategy, the Minister of Health, Ogerta Manastirliu on announced that the number of COVID-19 tests would be doubled starting from September onwards.

“Faktoje” also verified the daily reports of this Ministry from 1 September to 8 September, but in no case did their figures double, as promised by Minister Manastirliu.

In an interview with News 24 TV channel on Thursday, the head of the Health Department at the Democratic Party, Mr. Gazmend Koduzi, stated that under the current pandemic circumstances in Albania, at least 2,500 tests would have to be performed per day, in order to have an accurate picture of the situation.

Prior to the publication of this article, “Faktoje” attempted contacting members of the Technical Experts Committee, but received a response solely from the head of the Microbiology Laboratory at QSUT, Mr. Andi Koraqi. He claimed that the tests, which were performed in the said laboratory and regularly reported to PHI, have remained on the same quotas that they had prior to the licensing of private laboratories. Mr. Koraqi said that there was no complete information on reports from private structures.

Upon our verification, the statement of Minister Manastirliu regarding the doubling of the number of COVID-19 tests will be rated as “False”.