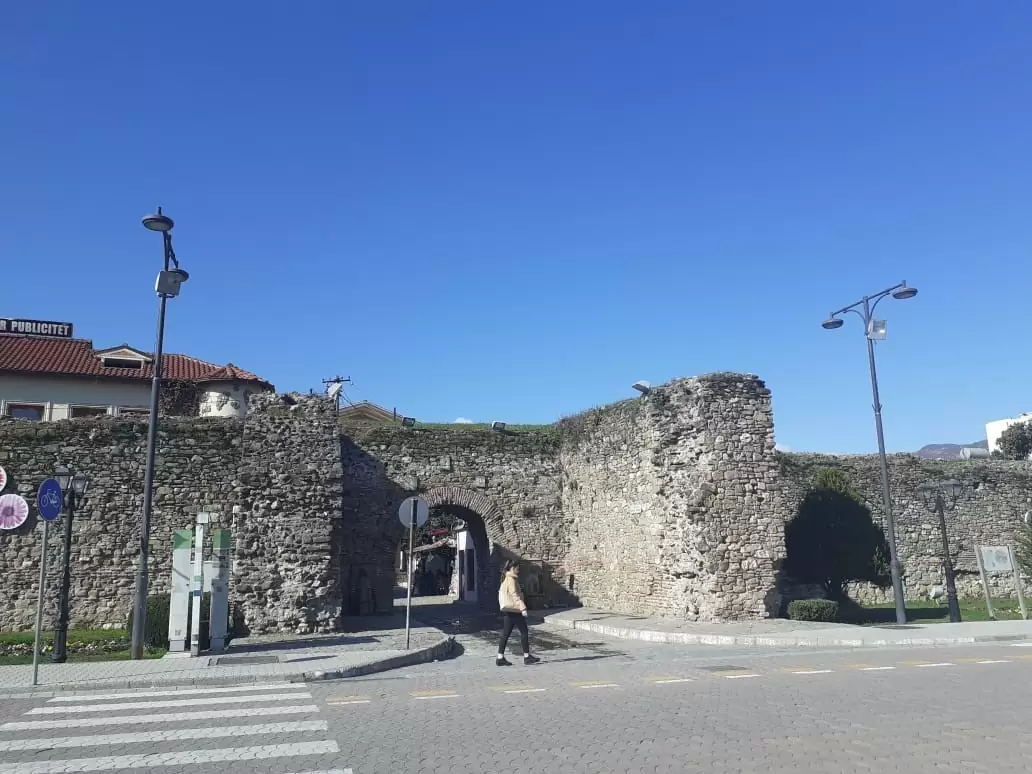 On the Summer symbolic day of Elbasan on 14 March 2021 which pertained an election year as well, the Prime Minister Edi Rama and Mayor Mr. Gledian Llatja promised to launch the implementation of the project for the Kala neighborhood revitalization. The Mayor confirmed that the project was even ready. Exactly a year later, Faktoje verified that the implementation of the project has not started. What will the Prime Minister say to the people this year regarding the false promise?

On 14 March 2021, the Prime Minister Edi Rama, accompanied by the Mayor of Elbasan Municipality Mr. Gledian Llatja and the district MP representative, Mr. Taulant Balla, declared during a visit to a family of Elbasan Castle that the latter would follow Korça and Vlora model of being a tourist potential.

“We will implement the castle’s whole transformation project now. We will do what we have actually already done in Korça and Vlora; we will beautifully transform it as it has a lot of potential” – stated  Prime Minister Rama on 14 March 2021.

“It is time for us to intervene and invest in rehabilitating the infrastructure and the buildings’ facades and allow local typical businesses of the area to develop,” – said Llatja. On 11 March 2022, Faktoje did an on-site verification which showed that interventions for revitalization of Kala neighborhood have not started yet, although a year ago the Mayor of the Municipality Mr. Llatja confirmed that the project was ready. Picture inside the Kala neighbourhood in Elbasan, March 2022

The residents of this neighbourhood with whom we spoke, confirmed that there was no reconstruction intervention, not even after 14 March 2021 when the promise of the revitalization project was made. The only investments residents know are Egnatia Street and the Mosque Street.

“Before the earthquake, the Minister of Culture met us and promised actual investments. Then, we experienced the earthquake followed by the Covid-19 pandemic and we forgot about it. They mentioned it again a year ago. The Prime Minister also came here. I have pictures of him with the children. He said that they will fix it, but not sure when will do so. “– said a resident of the Kala neighbourhood refusing to be identified.

Shpresa, who also has her own business inside the Castle, says that the promises for the revitalization of this neighborhood have been made simply for electoral purposes, as nothing has really been done.

“Residents of the neighborhood have been called to meetings. They were told that investments will be done, however no one talked about businesses in need of a higher attention as they can bring life back to the Castle. “All the residents are leaving; they are selling their businesses or closing their doors at all because there is no hope; I do not know what will be done in this regard,” she said for Faktoje.

Following the on-site verification and based on the communication with residents of this neighborhood, we addressed a request for information to the Elbasan Municipality, which responded as below:

“The Municipality of Elbasan in cooperation with the Ministry of Culture is committed to the development of a priority project in the oldest neighborhood of the city. By Improving and retreating objects of cultural and historical importance, part of the archaeological ensemble”. The municipality announced that it will soon open with “Revitalization Bonus” budget program which according to this institution will start during 2022. In the framework of this program, according to the municipality, there will be a hearing with residents and interest groups on procedures and funding opportunities for each interested person.

In the same response, the municipality confirms that property registration, inventory of businesses operating in the Castle area and the neighborhood cleaning are in progress.

Based on the performed verification, on the on-site verification and on the gathered information, we decided to categorize such promise made by Prime Minister Rama on 14 March 2021 regarding the realization of the revitalization project of Kala neighborhood, as of now as Unkept.

*This article was published as part of the “I do Fact-Checking!” project that consists of training and mentoring journalists in Albania, within the UNESCO EU-funded project “Building Trust in Media in South East Europe and Turkey – Phase 2.”