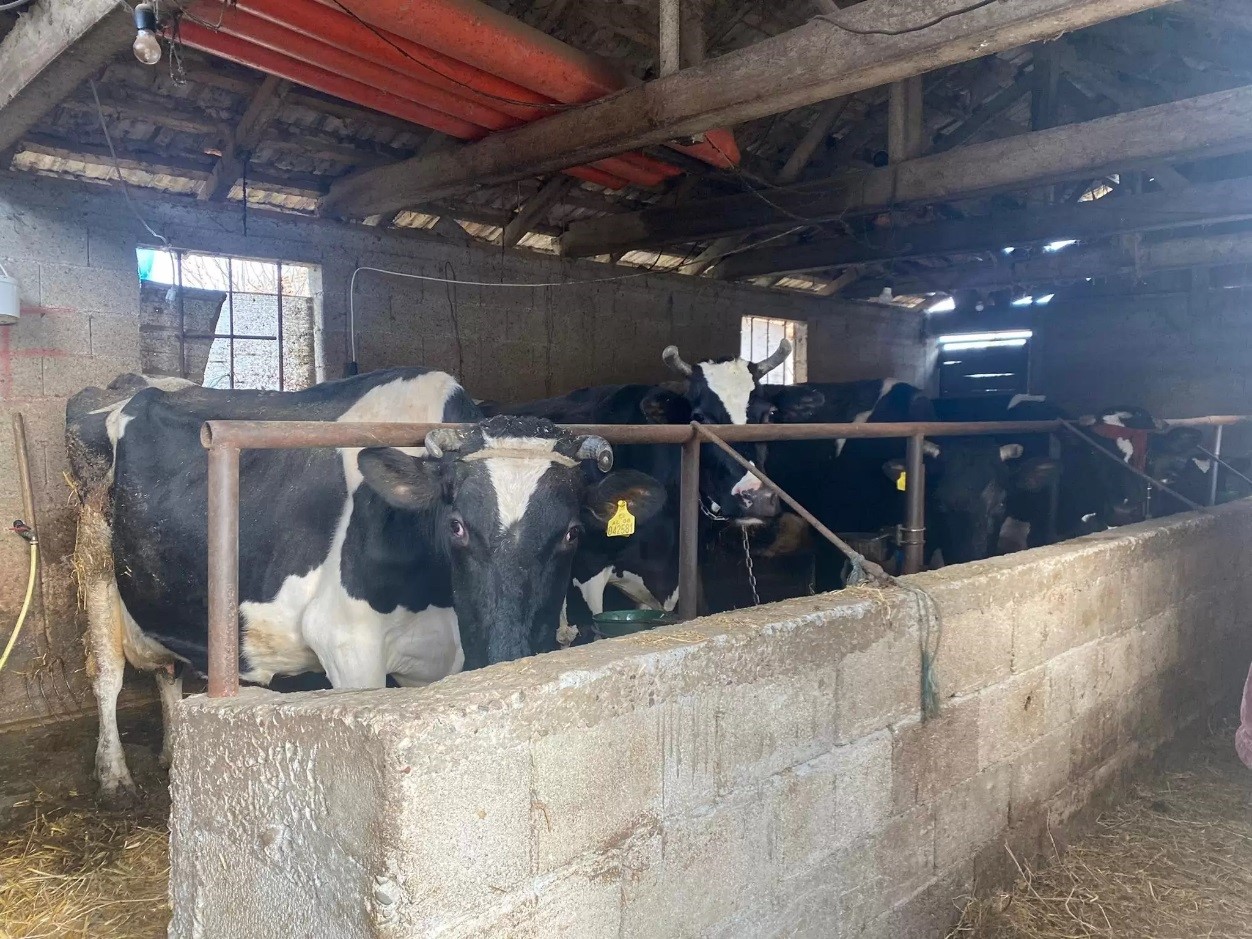 Albania not only does not export milk to EU Countries, but last year it saw an increase of such product imported mainly by Serbia. Faktoje provided data from the General Directorate of Customs showing that in 2021, milk import from Serbia was increased with over 5 million litres compared to 2020, or by 310%. Experts sound the alarm that the new VAT scheme approved in 2019 penalized local producers and supported imports. According to the experts, this explains why the Albanian market is being dominated by the imported milk.

In March 2018, the Minister of Agriculture back then, Mr. Niko Peleshi said:

“Our challenge and our task as the Ministry, as institutions and the Albanian government, is to build a functional system according to the European Union Standards and to have it certified by the European Union Auditors. And to provide opportunities to enable the export of the (milk) sectors as other sectors” – committed Niko Peleshi.

Now when 4 years have already passed since such commitment, Faktoje decided to perform a research aiming to see what the real situation of the Albanian market is.

We initially addressed a request for information to the General Directorate of Customs asking about the amount of milk imported in 2019, 2020, 2021. Request for information addressed to the General Directorate of Customs, 15 February 2022 Response of the General Directorate of Customs, 15 March 2022

As regards powdered milk import, the Directorate of Customs data show that during 2021, Albania has imported a larger amount of powdered milk from Ukraine, specifically 631,500 kg.

Response of the General Directorate of Customs, 15 March 2022

However, have Albanian farmers managed to export milk to EU countries?

By the end of February, Faktoje went to the Seman Sektor village in Fier and had a talk with the farmer Mrs. Robert Selimi. The 8-member family works on this farm being the main source of their incomes. Mr. Selimi said to Faktoje that he and other farmers have recently endured a devastating blow due to price increase of livestock and agricultural products, and due to milk import as well, especially from Serbia. Further on, he said that has never managed to export milk to EU countries.

“In January and February, we have not received any assistance from the Ministry of Agriculture. We asked for the support of the 100 ALL per litre of milk initiative and they told us it will be provided; however, they have not managed to do so yet.

I take the milk I produce to the dairy; there is somebody who does the collecting. I sell the sheep milk for 1 thousand ALL (old ALL) and the cow milk for 450 ALL. We are not able to meet market demands, letting alone the export. They are supplying our country with milk taken abroad. The imported milk price is cheap, damaging us here too. Milk is supplied from abroad and it affects us. “We got penalized as we are forced to lower the price, even though we have organic milk, not refrigerator milk as the one coming from abroad” – he said anxiously. The farmer adds that the support provided by the government is insufficient, as prices have been multiplied. However, considering the today’s increased prices, we are not happy with the government’s financial support. Today, I buy 1 quintal of fertilizer for 110 thousand ALL (old ALL), while years ago we bought it for 50 thousand ALL. They have been tripled this year. “Oil price is increased along with other prices as well.” – stated the farmer.

Faktoje researched on the INSTAT official website regarding the Albanian milk export, but there was no special division of such product. The Institute of Statistics publishes general data on food exports.

As regards the milk import from Serbia, the President of the Chamber of Commerce and Industry for Tirana region, Mr. Nikolin Jaka said in an interview for Top Channel that such import occupies 28% of the market in Albania

“Figures are stubborn and lead to such results. In 2021, Serbia occupied 28% of the Albanian Market regarding dairy products meaning that Serbia has had an increase over years starting from 8% up to 21% and let’s see the percentage we will achieve in 2022 “- explained Jaka.

We also talked to economic experts confirming that Albania does not export milk and dairy products to EU countries because it does not meet the required standards.

“Such road starts with monitoring of animal’s health to the identification and registration of animals; therefore, it is about the process traceability from farm animals to the final product. All this ends up with waste laboratory monitoring and other tests needed for certain diseases to be performed by Albanian laboratories, which in our case the reference laboratory ISUV”- said Valbona Paluka.

Why processors choose to import milk

“The reason why dairy processors profit more by importing milk and dairy is related to the famous VAT scheme. The current scheme introduced in 2019 for farmers’ compensation by 6% has failed to produce the desired result in the agricultural sector due to lack of interest of collectors or processors of agricultural products to apply such scheme.” – assess the economics experts for Faktoje.

“The lack of interest is related to the fact that such collectors or processors credit the 6% of VAT on purchases of agricultural products (raw materials for them) and invoice by 20% their final products, so the VAT payable to the tax administration is 14%.

As the circulation of agricultural products in the trade and agro-processing network was already formalized to a considerable extent, the application of such scheme highlighted the discrepancies of the law on VAT and agro-processors faced two choices: Increase the selling price by 14% or decrease the purchase price by 14%.

The agriculture sector currently calculates that for an item bought for 100 ALL and sold for 110 ALL, in the case with 20% VAT scheme, the remaining profit of the agro-processor was 8.3 ALL, whereas with the new scheme with 6% of compensation, it results with a loss of 2.7 ALL. The agro-processor has two choices, either to increase the final consumer price by 14% to preserve the same profit, which is impossible due to competition, or to reduce the purchase price to farmers which will cause the reaction of farmers who have often organized protests” – said the expert.

He further states: “The alternative to increase prices to the final consumer is impossible, as Albanian agro-processing enterprises compete by with importing companies, which are assisted with subsidies in their countries of origin and as a result offer more competitive price. Hence, as it can easily be seen, the option of raising prices by 14% for the consumer is inconvenient as it affects all parties; the farmer, the processor and the final consumer.

Under such circumstances, agro-processors chose import, as they received the same product at the same price with 20% VAT, while in the country they receive the same product, perhaps at a cheaper price, but with 6% VAT. By a simple calculation, it turns out that it is more convenient to buy a product for 53 ALL in Serbia than for 47 ALL in Albania. Therefore, the import of milk from Serbia from 0 ALL in 2018 is now increased to 327 million ALL in 2021”.