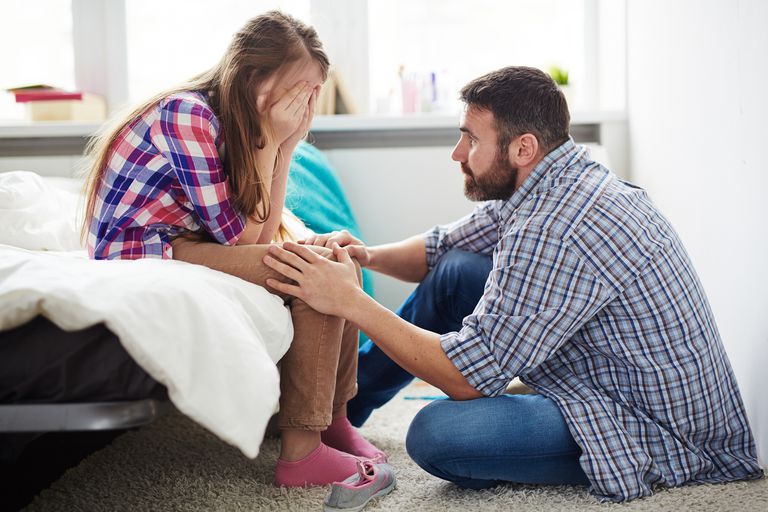 The Minister of Education Evis Kushi announced the doubling of psychologists in schools. However, children and youths with increased problems during the pandemic are reported to receive psychosocial service privately. A therapy session costs ALL 2000-3000, while such problems may require up to 10 sessions. France, one of the European countries that imposed the least restrictions on school closure, still reports an increase of 40 percent in the number of psychological issue cases in the 3-17-year-old category. In order to assist families, President Macron announced that this service will be covered by the state.

On November 29 of last year, Minister of Education

“The first novelty and the good news is the doubling of psychosocial workers. I am very glad that tomorrow we will not have one psychologist per three to four schools, but for a smaller number, per one to two schools.”

The increase in the number of psychosocial workers that has been persistently lacking is also illustrated in the chart provided by the MoESY. Status of the Minister of Education Evis Kushi

“Faktoje” addressed a request for information to the Ministry of Education regarding any data on the impact caused by the Covid-19 pandemic on the category of pre-university students. Request for Information addressed to the Ministry of Education, May 4, 2021

The Ministry of Education responded as follows: Poll conducted by the MoESY

Based on the poll data, it results that participants included:

Often, social network activity comprises a significant factor that hinders the ability to focus on certain activities or organize the day, and 76 percent of students in grade 6-12 stated that they are constantly keeping up with the news or various posts regarding the disease spread in Albania and other countries. Approximately 22 percent of the parents stated that, during the first two weeks of social distancing, their children had difficulty sleeping. Although the modernization of society has changed the lifestyle of many Albanian families, the data collected from the questionnaire indicate that family in Albania remains a sound base with active members who understand and feel their obligations towards the family. Despite the difficult situation, many students in grade 6-12 (specifically 85 percent) have stated that, in addition to studying, they also do their part regarding family commitments and duties. This provides an alternative opportunity to increase the variety of activities in the house.

The psychological and emotional condition of the included communities was monitored only for a two-week period prior to completing the questionnaire, thus this study does not seek to provide an overview of the general condition of students, but focuses solely on the lockdown period and social distancing.

Even if we consider the doubling of the number of psychologists a fact, receiving this service has been impossible because schools were closed due to the pandemic. The closing of schools and other restrictions imposed due to the pandemic, may have even indirectly affected the considerable increase in the number of school-age children with psychological issues.” – the MoESY response states.

The community of parents and teachers was the first to face an increase in the number of school-age children with issues that include distraction, passivity, learning neglect and even anxiety, self-isolation, or other psychosocial issues.

“Faktoje” communicated with teachers, students, and parents, in order to find out how they have coped with the restriction period, a situation that has not only prevented them from participating in numerous activities, but has also prevented them from consulting the school psychologist.

“Due to having changed learning schemes 3 times already, the children have become completely disoriented. As soon as they became familiar with one learning method, it would change. It is far worse in regards to blended learning. It is a total disconnection from the school and subjects and, now near the end, the return to school has clearly shown what has happened. A school year has gone by with no results. All children are disoriented, without exception, including excellent students, too.”

The mother of a high school boy in Tirana expressed her concern:

“My son is in the 10th grade and during this year he has had many problems with focusing on the studies and even in terms of communicating with us. The fear of the pandemic, the distancing, as well as online and blended learning have all negatively impacted our son and his peers. Although there is a school psychologist, we had to find a private psychologist regardless. We are eager for this situation to end and return to normality.” – she stated to “Faktoje”.

Asked by “Faktoje”, psychologist Milena Turtulli Bregu confirmed the increase in the number of visits for children, particularly during the pandemic.

“In my practice with young children and youths up to the third year in high school, there has been a notable increase in issues concerning anxiety, panic attacks, disturbed sleep, lack of sleep, appetite problems and anger management issues. The increase has continued since the earthquake, which was the first cause, followed by the pandemic. These have led to a rapid increase in requests by parents seeking help for their children. I have often encountered cases of children experiencing negative thoughts of themselves, decreased confidence, persisting negative thoughts regarding self-harm, drastic mood swings, which affect both the child or adolescent, as well as their relatives.

Parents turn to psychologists for help and even children themselves are seeking help from school psychologists. During this pandemic year, online learning, lockdowns, and the interruption of social activities, have all negatively affected this age group, to which it is very important to expend their energy through healthy means.” – the psychologist said.

We also inquired about the price of psychological services. According to the parent of a teenage boy who wished to remain anonymous, they pay ALL 2000-3000 per session. The therapy recommended to him includes 10 sessions, or ALL 20 000 to 30 000, a price also confirmed by other psychologists in Tirana who provide this service.

“It is a costly service, but I will pay it for my child to feel better and for his condition to normalize” – the mother of a 16-year-old boy who has recently started therapy at a private psychologist said.

Despite being amongst the countries with the least restrictions imposed on school closure during the pandemic, France also reports a concerning increase in the number of children exhibiting psychological issues, which in many cases are severe.

Several weeks ago, in a television interview, the President of France Emmanuel Macron expressed his concern regarding the negative psychosocial impact of the pandemic on children, following a report that the age group of 3-17 year olds reported an increase of 40 percent in the number of cases with issues of this nature. For this reason, Macron announced that for similar cases, as certified by the doctor, the therapy consisting of 10 sessions would be covered by the state for all cases that had sought psychological help due to the crisis. This is an alarm bell for the younger generation, which has been affected the most, despite not being directly endangered from the pandemic.

Despite the risk posed by the pandemic, the French government has insisted to keep schools open on the basis that distance learning is unproductive and results in problems in the formation of the school-age group.

Albania, which faces serious issues regarding distance learning technology as well as poverty, is expected to suffer considerable consequences in regards to the formation of the ages that had to face the consequences of the pandemic in education.