Rama: “We neither have, nor will have a shortage of doctors and nurses” 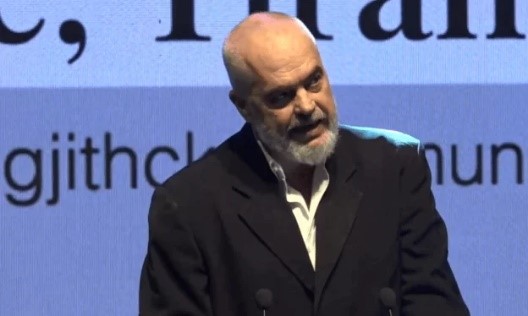 The government confirms non-lacking of speciality doctors or nurses, regardless of such contingent departure to the West. However, several organizations point out that especially during Covid-19 pandemic, there was a lack of GPs and family doctors. OSCE reports that the ratio of 12 doctors per 10 thousand inhabitants in Albania, represents the lowest number in Europe. Meanwhile, figures of Order of Physicians referring to last seven years show an almost unchanged number of doctors of specialities, with the exception of plastic surgeons, whose number has doubled from 2016 to 2020.

On 27 December 2018, during the presentation ceremony of the new fleet of ambulances, Prime Minister Edi Rama rejected all rumours that “during that year Albania was abandoned by doctors and nurses.”

“We neither have, nor will have a shortage of doctors and nurses” – said the Prime Minister. Furthermore, Faktoje sent a request for information to the Ministry of Health aiming at revealing the number of doctors and nurses in our country for the same period of time. * Request sent to the Ministry of Health by Faktoje.al

In its first response on 17/03/2022, the Ministry asked us more time for data processing, however when asking for the answer on 29/03/2022, we did not receive any information. First response of Ministry of Health Response to Faktoje Hearing summons of the Commissioner for the Right to Information As regards the number of doctors and nurses, the Ministry informs us that the request was delegated to the Order of Physicians which is the institution contacted in parallel by Faktoje and responded to the request for information. Response to the request for the number of doctors and nurses

Is Albania facing a shortage of doctors?

On 9 March 2020, Albania confirmed the first two cases with Covid-19. From this day on, the Albanian health system has faced a challenge as regards significant shortages in both hospital capacities and human resources, with doctors and nurses.

A report  prepared by “Together for Life” organization in 2021 published a series of findings proving such shortages.

“As regards the availability of human resources in Albanian Health Sector, the main concern is the lack of doctors, including general practitioners/family doctors and specialists. Currently, there is a gap of about 330 general doctors and 250 specialist doctors.”- was stated in the report.

Also, a OSCE Report of 2021, points out the lack of doctors and nurses in the Albanian health system:

“Albania has 12 doctors per 10 thousand inhabitants representing the lowest number in Europe. A series of resources report significant shortages of human resources in hospitals, especially in rural areas, due to the migration of general practitioners and specialists.”

As pointed out in the report, the lack of doctors is particularly felt in rural areas. Faktoje went to Dibër where sources within the hospital informed us that the number of doctors has always been declining, especially for some specialties. In this hospital there is a lack of oncologists and Oftamolo. Faktoje.al went to this hospital and wanted to talk to the Hospital’s Director, however we were initially told that we had to send an official request, as no information could be given to us at that time. We submitted a formal request which has still remained unresponsive. The request for information submitted to Dibra Hospital

Confidential sources from the hospital informed us that until four years ago, the hospital had 7 surgeons, while today it has only 3. The same sources told to Faktoje that most specialist doctors have left the country with the aim to work in Germany or Canada.