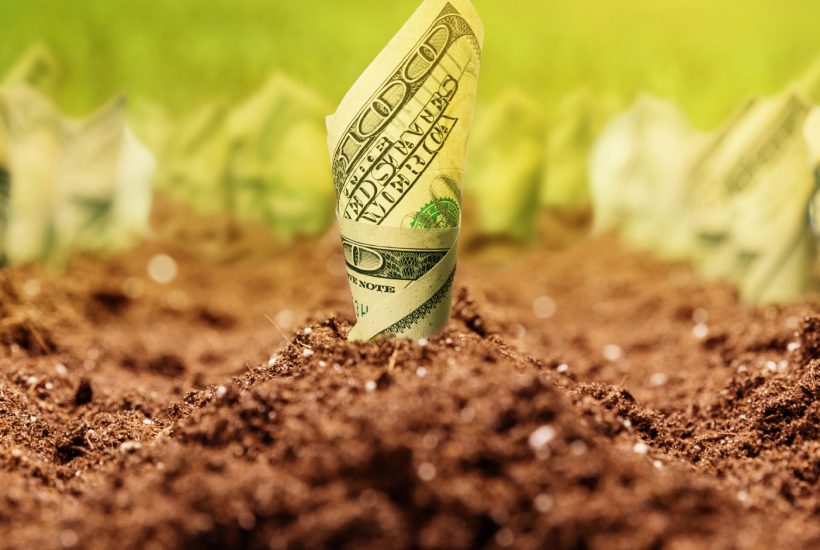 In 2016, the former minister of agriculture, Edmond Panariti promised the establishment of the first Albanian Agriculture Stock Market. Even though the promise was repeated in the following years, it was never fulfilled. The Ministry of Agriculture and Rural Development admitted through an official statement the shortfall of this project. Faktoje contacted financial experts to help us better understand the consequences of not fulfilling this promise.

On October 17, 2016, acting minister Edmond Panariti, stated in Lushnja: “The first Albanian Agriculture Stock Market will be set up within the year in Lushnja, as a platform that will put Albania in a favorable position regarding export increase and development perspective.”

In March 2017, during the Turkey-Albania Agricultural Business Forum, former minister Panariti emphasized the necessity to establish the Albanian Agriculture Stock Market in the presence of his Turkish counterpart Faruk Çelik, thus giving the event importance at the international level as the media documented at the time.

Faktoje sent a request for information at the Ministry of Agriculture and Rural Development to inquire about the fulfillment of this promise. We received the following response from the Ministry of Agriculture and Rural Development:

“The Albanian Agriculture Stock Market is not yet functional.”

The official response of the Ministry of Agriculture and Rural Development, dated 25.03.2021

The agriculture sector presents various issues and continues to be in urgent need to develop national policies that would that would regulate in an exhaustive regulatory manner the agricultural production to the requirements of the integrated agricultural market. Agricultural policies remain occasional and misplaced in regards to import figures.

Faktoje contacted expert Elvin Meta, dean of the Faculty of Economics, Business and Development at the European University of Tirana, to discuss the impact that the failure to keep this promise has had on the Albanian agriculture sector.

“Certainly the Agriculture Stock Market would be a novelty in itself within the Albanian economy and financial system, considering that about 48% of the country’s population is associated with the development of this sector and since its contribution to the national economy is at the significant figure of over 20%, but that still doesn’t represent the real potential and what Albanian agriculture can reach within the national economy.

Regarding the development of an ‘Agriculture Stock Market’, what experts and the Ministry of Agriculture have stated during this year does not consist of developing a market or stock market for agricultural goods, but in the establishment of a retail market where merchants can face farmers or agriculture products collectors in order to appoint a “on the spot” purchasing price on various agricultural items.” – stated Mr. Meka.

The Agriculture Stock Market rather than a physical market where you take agricultural products every morning would function more as a trading platform for futures and options contracts, between collectors and distributors, on the one hand, and merchants of most agricultural products, on the other. For the Agriculture Stock Market to work, a revolutionary model of agricultural development is required, specifically according to the principle of integrated agriculture in its entire value chain, i.e. from the farmer and the farm, to the retail seller and exporter, where everything goes through formal processes and participants, which add value to every link and part of the process.

Below we will display visually some of the positive aspects expected from the establishment of this mechanism: When asked about the negative consequences of failing to fulfill the promise, the expert states:

“The answer is quite simple: look at the current level and stage of agricultural development, the level of welfare in the rural population, the import-export ratio that Albania has in relation to agricultural goods and food, the level of development and the place that the agro-processing industry occupies in industrial production and the degree of competition Albanian agriculture and food industry face in the region and Europe.

Without an integrated development of agriculture at the national level, Albania will always lag behind in the development of agricultural products, a country dependent on imports for typical and traditional domestic products and completely out of regional and European competition, in terms of providing competitive and quality products, as well as an economy with an extremely low productivity of agricultural goods and crops. It also means less revenue for the state budget itself, from a sector that is hardly considered on fiscalization radars. ”

“Of course that establishing an Agriculture Stock Market it’s a difficult path which requires solving some major problems related to land ownership, drafting of concrete government policies to provide initial institutional and financial support to some essential structures and links, which enable the well-functioning of the integrated production chain of agricultural goods in the country.”

The agricultural sector in Albania continues to be held hostage to failed policies, bureaucracies and institutional obstacles.

From Faktoje’s fact-checking it turns out that the promise for the establishment of the first Agriculture Stock Market, although repeated during the last governing mandate, has not been pursued at any further stages. This promise will be categorized by Faktoje as an unkept promise.