Work on the Vlora Airport begins, but its impact on the environment remains unknown 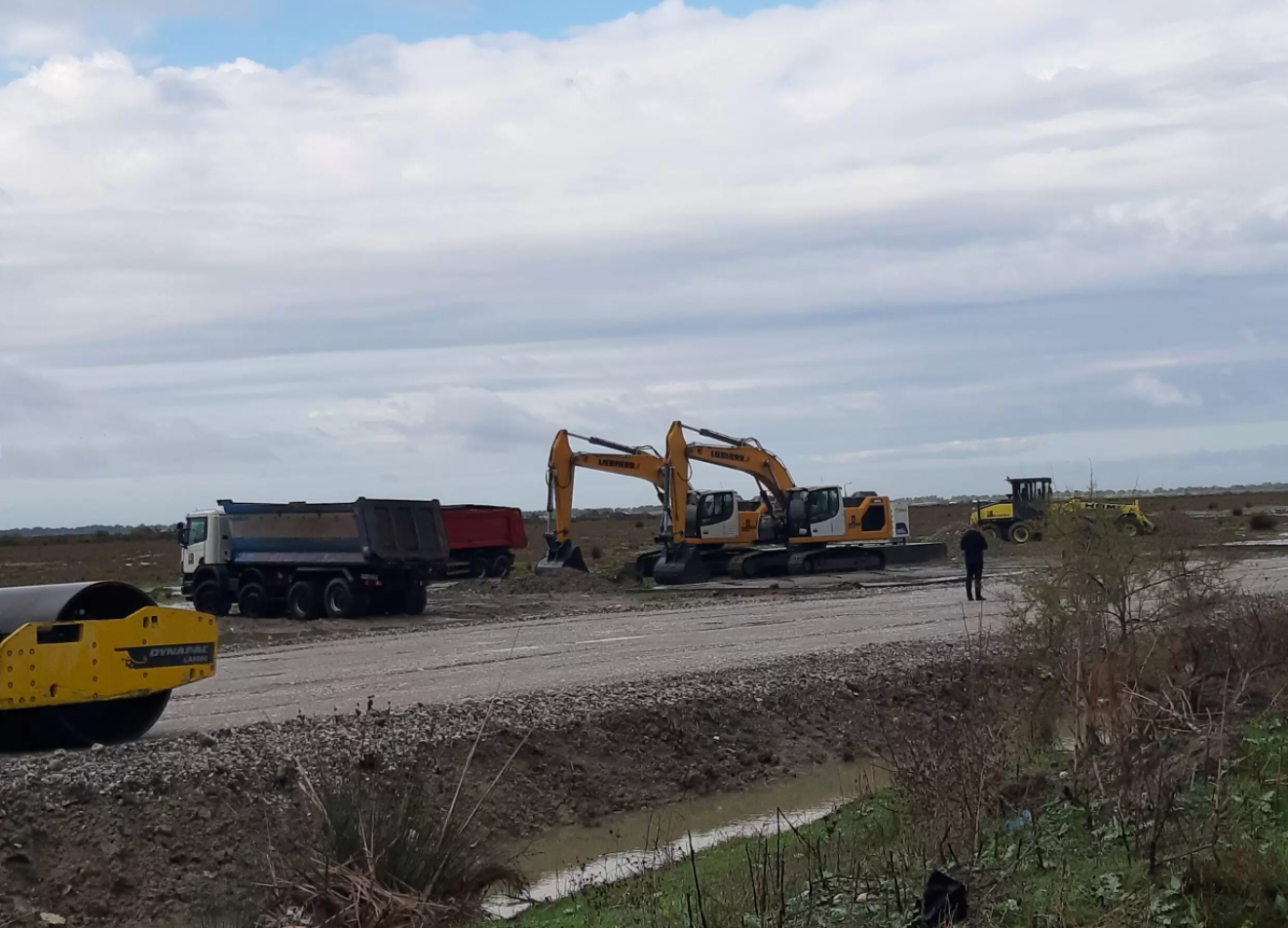 Work on the Vlora Airport, a project worth 86 million euro, started on November 28, as promised by the Prime Minister a few weeks prior, however it raises many questions regarding the environmental aspect.  Two ministries, the Ministry of Infrastructure and Environment confirmed to Faktoje that the project of the Vlora Airport is located in the footprint of the protected area of Narta, differently from what Minister Blendi Klosi stated. On the other hand, a group of experts has raised suspicions regarding the study on the environmental impact of the project, a few days before work on the site begins.

Through a post on Facebook on October 28, Prime Minister Edi Rama promised that the site for the International airport of Vlora would be opened on 28/11/2021. On April 20 we signed a contract with the winning company for the construction of the airport of Vlora, which is foreseen to be built within the next 4 years and will be the third international airport in the country, after the airport of Tirana and Kukës. The winning consortium shall have the right to operate the airport runway for 35 years, whereas the provided value for the project is approximately 86 million euros.

Faktoje went out on the ground on 26/11/2021 four days before the deadline Prime Minister Rama announced to check the situation and indeed the site had been opened and the work had already begun. On Sunday November 28, through a post on Facebook Prime Minister Rama announced the start of work in the site for the airport of Vlora. The Airport amid controversy

The land next to the village Akërni in Vlora where the airport is supposed to be built was declared in 2004 Protected Area of the fifth category, “Protected Landscape”. The extension of the investment in it has raised opposition from environmental organizations.

In February  2021 about 36 environmental organizations in Albania and neighboring countries in the Balkans addressed an open letter to the Albanian government in which they expressed their opposition to the project. The media appearances of the Prime Minister and the Minister of Infrastructure have been the only sources of information on the details of the project that has been rumored since October 2018.

On 05/02/2021 Faktoje inquired the Ministry of Tourism and Environment if the airport would be built on this protected area and how would they proceed in this case: *Request for information addressed to the Ministry of Environment and Tourism by Faktoje.al

In the official response, we learned that this institution itself (the Ministry of Environment) is not officially involved in any developmental project of the airport. But based on what had been communicated verbally, the footprint in which the construction of this airport was foreseen was located inside the Protected Landscape “Vjosa-Narta”

*Response of the Ministry of Tourism and Environment for Faktoje.al

A few days later we sent the same request for information to the Ministry of Energy and Transport. *Request for information addressed to the Ministry of Energy and Transport by Faktoje.al

In its response this institution informs us that the area where the airport will be built is surrounded by a protected area. *Response of the Ministry of Energy for Faktoje.al

Regarding the Impact Assessment on the environment, the Ministry does not provide a correct answer if the company has submitted such an assessment, but chooses to quote to us the law in force.

*Response of the Ministry of Energy for Faktoje.al

In a press statement, former minister of Environment and Tourism Blendi Klos stated that its project to build the airport of Vlora does not touch the protected area of Narta, but it will develop tourism in the entire district. The minister stated that basically the project aims to invest in the area where the old airport was previously located and that they are looking at possibilities so that the project can fully adhere to environmental rules. Meanwhile, the institution that minister Klosi ran during that period stated for Faktoje that the airport will be built within the “Vjosa-Narta” protected landscape.

*Response of the Ministry of Tourism for Faktoje.al

Two days before the start of the work on this airport 20 organizations of the civil environmental society and experts declared their opposition on the decision of the KKT referred to the permission to establish the airport of Vlora. One of the points in which they oppose is the environmental impact assessment (VNM) study which according to them is a non-transparent and non-scientific analysis. *Part of the public statement of the organizations

“Groups of organizations and experts call on the government and the Ministry of Tourism and Environment not to approve of this deeply incorrect and clientelist report. At the same time we require they conduct the compulsory legal processes which are provided by the local and international legislation for areas of such importance, as to not violate the ecological integrity of this protected natural ecosystem.” – states in their statement.

Vaccination tent replaced by the “Village of Holidays”