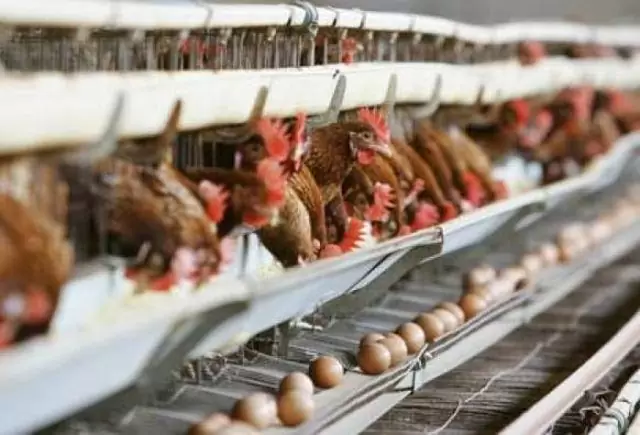 Reports of over 200 thousand dead chickens in the country last week raised concerns regarding the presence of bird flu in our country. Notwithstanding the alarm raised by experts, the Ministry of Agriculture Officials denied on 17 March the presence of bird flu. However, three days later, the Ministry of Agriculture announced the first case of the disease known as H5N8 Avian Influenza at a facility in Durrës confirming the experts’ warnings. This Monday, Durrës Prosecutor’s Office announced the launching of an investigation on this case.

“NAVPP seeks to clarify the public opinion that so far there is no case of avian influenza (bird flu) and that the death of about 200 thousand birds in Durrës has occurred as a result of infectious laryngotracheitis in birds” – announced the Authority National Veterinary and Plant Protection on 17 March. Reporting on mass deaths of chickens circulated widely in various media in the country, causing concern and panic among citizens. As regards this issue, Faktoje addressed a request for information on 16 March to the Ministry of Agriculture and Rural Development and the National Food Authority asking about the reason of dead chickens in our country.

Request for information sent to the Ministry of Agriculture and AKU, 16 March 2022

Meanwhile, within the request sent to the IPH, we specifically asked if cases of bird flu had been confirmed in Albania.

Until the publication of the article, we did not receive a response from these three institutions, although being a matter of great public influence.

“There are about 200,000 birds that have died. An investigation team has been set up to perform on-site verifications and they tested positive for laryngotracheitis. “There is no need to panic and we have no risk of bird flu in Albania,” said Boci.

Also, the Head of Poultry Sector in the Ministry of Agriculture, Keti Margariti reacted regarding this issue on 17 March. The specialist explained:

“There is no room to panic. Samples have confirmed infectious laryngotracheitis disease. The number of deaths in birds is slightly inflated. “There are about 248 thousand dead birds. Such disease does not interfere with public health. “We are not dealing with bird flu and all products can be consumed” – declared the Ministry of Agriculture Official.

On the other hand, on 20 March , following exactly 4 days of our request for information, the Ministry of Agriculture officially announced the identification of the first case of bird flu in Albania.

“Ministry of Agriculture and Rural Development announces that the first case of H5N8 Avian Influenza is confirmed in a breeding poultry facility in Durrës. Disease detection by law enforcement authorities has begun with an in-depth epidemiological investigation once the Ministry of Agriculture and Rural Development received the first alert for poultry death.

Successive analyses taken on different days, in different samples, in different establishments, all over the country during this period confirmed the laryngotracheal disease found only in two establishments in Durrës. While the daily tracking and monitoring went on with testing upon the first signalling, a sample taken today, dated 19 March 2022, analysed by the reference laboratory of the Food Safety and Veterinary Institute, has resulted with the advanced molecular method RT- PCR, with the presence of avian influenza, H5N8 “- it is stated in the announcement published by the Ministry of Agriculture calling on the consumers not to fall for speculators who can trade poultry meat without a veterinary certificate or in inappropriate conditions:

“It is suggested that chicken poultry foods to be cooked at temperatures above 70°C and eggs should also be well cooked. Complete cooking of meat and eggs ensures the inability of the virus to be present in raw products entering the food chain. “There is no epidemiological evidence that this virus can be transmitted to humans through food (birds and eggs)”.

The alarm on bird flu presence in Albania was raised on 16 March by the expert Ervin Resuli, who through a communication for Faktoje warned:

“Bird flu is wreaking havoc on two of the most powerful poultry farms in our economy. Over 400,000 heads have been buried.”

Meanwhile, following the confirmation by the Ministry of Agriculture of the first case of bird flu on 20 March, Resuli asks this institution to conduct a full investigation as the lives of consumers are endangered. He raises the concern that the situation has been out of control for almost 20 days.

“I publicly call on the Minister of Agriculture to distance himself from the irresponsible behaviour of two dependent institutions, ISUV and NAVPP, which in flagrant breach of the law have allowed for more than 20 days a chaotic situation without reaching the final diagnosis on time.

The situation is out of control and this notes a ISUV and NAVPP scandal posing a risk to the life of the consumer and each of us. Commercial activity of sick chickens and related products and dumping or burying remains a full enigma. Further action should be taken by the Ministry of Agriculture by giving information on the place where the dead chickens were buried, whether the eggs of these chickens were seized and whether the alleged laryngotracheal samples were stored in the sample bank at ISUV with the aim to be re-analysed in an EU reference laboratory”- argues Resuli.

Meanwhile, today on media it was reported that the Durrës Prosecutor’s Office has launched investigations on the death of thousands of birds in some poultry facilities in the coastal city.

*Main picture is taken from the web

How is Albania assessed as regards the protection from discrimination? Albanians are still afraid of reporting cases