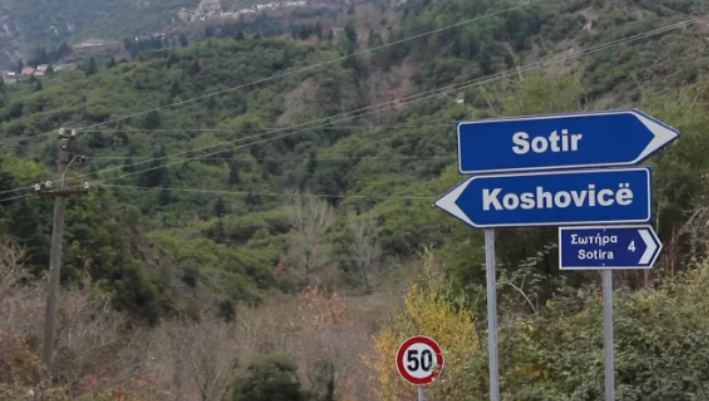 The villages of the “Dropulli i Sipërm” area have been deprived of urban transport for over three years. The elderly are the most affected community, who have to pay ALL 3000 or ALL 5000 for a taxi in order to cover the distance. A solution to this problem was promised since December last year, but according to a fact-check from Faktoje it turns out that the itinerary Jorgucat-Vrisera and other villages of Dropulli i Sipërm are not covered by urban transport. The Municipality of Dropull confirmed for Faktoje that on November 25, 2021 the City Council approved of the suburban line that solves this issue, but it also has to be approved by the prefecture of Gjirokastra.

Urban transport has been lacking in the municipality of Dropull for some years. In January 2017, municipalities were deprived of the right to license travel transport subjects and this competency went to the Ministry of Transport.

The Municipality of Dropull struggled and almost two years later, in April 2019, the urban transport service to the villages of Dropulli i Sipërm was interrupted since physical subjects forced state authorities to stop their activity. The schedule of the line that covered Dropulli i Sipërm villages before the service was cut off.

This situation forced many residents of this municipality to protest and request from the local institutions to take measures to provide the lacking service from the center of Jorgucat Municipality to more remote villages. Dropulli i Sipërm residents protesting on the lack of urban transport service.

“We will begin the selection procedures very shortly through an open contest of the subject that will be licensed in the newly approved line from the City Council” – stated the Mayor of the municipality of Dropull Dhimitër Toli for Report TV, on December 5, 2020.

Jorgucat is currently the last stop of the Gjirokastër – Dropull line and residents have to walk or take a taxi for distances up to 15km to get to their villages. Dropulli i Sipërm is the largest unit among the three administrative units of the Dropull Municipality and it includes 18 villages with 9.559 residents out of which approximately 89%, according to official reports have emigrated to Greece. Some of the most remote villages of Dropulli i Sipërm such as Bodrishta, Kërra, Vodhina, Klishari, Selo, Likomili, Llovina, Krioneri, Sotira, Llongo, Koshovica provide transportation through private means or taxis, the cost of which is too high for the residents who in order to travel from Gjirokastra to their villages pay up to ALL 3000-5000. One of the protests of the Dropulli i Sipërm residents due to lack of urban transport, April 2019

Faktoje addressed the municipality of Dropull with a request for information related to the concerns of the residents which have not been resolved for years, whereas a year ago a pledge was made to take measures regarding the functioning of the line that would solve this issue.

Request for information addressed to the Municipality of Dropull, November 19, 2021.

The Municipality of Dropull responded within two days to the request for information, thus confirming that the City Council of Dropull has decided to approve the suburban line Dervician -Vrisera which also solves the issue for residents in more remote areas. Response of the Municipality of Dropull, November 26, 2021.

“The City Council of Dropull has made a decision to approve the suburban line Dervician -Vrisera, which includes stops even for Dropulli i Sipërm villages. On the meeting dated 25.11.2021 of the City Council we approved the decision On selection procedures and criteria for operators of the suburban travel transport lines and renewal of licenses for these lines. After confirming the legality of this decision by the institution of the Prefecture of Gjirokastra, the selection procedures for the winning operator shall begin soon.”-states the response of the Dropull Municipality.

Reports of national and local media have re-introduced local leaders of Dropull and the public opinion with the concerns of the residents and their protests, the last of which was held on June of this year. Dropulli i Sipërm residents protesting on the lack of urban transport service, June 2020.

The community that was affected most deeply in Dropulli i Sipërm area are the elderly, who need food, medicine and medical treatment. About 80% of residents in these villages have urgent care needs, since most of them are part of the 60 to 80 years old age group and live alone since their children or other relatives have emigrated abroad. The COVID-19 pandemic has made their lives even more difficult since relatives who visited from Greece can’t come back to their hometowns due to movement restrictions in many areas of Greece.

Transport has a very high cost for many of these villages due to bad road infrastructure, especially during winter due to the situation cased by the flood of some of the bridges connecting some of the remote villages. Considering the gathered information and fact-checking on the ground, we categorize the statement of the mayor of Dropull one year ago that a solution would be found rapidly regarding urban transport as unkept.

The green light from the City Council of Dropull by approving the line is only the fist step, which if approved by the Prefecture of Gjirokastra will enable the start of the selection procedure for the company which will conduct this necessary service for the community of the Dropulli i Sipërm area.