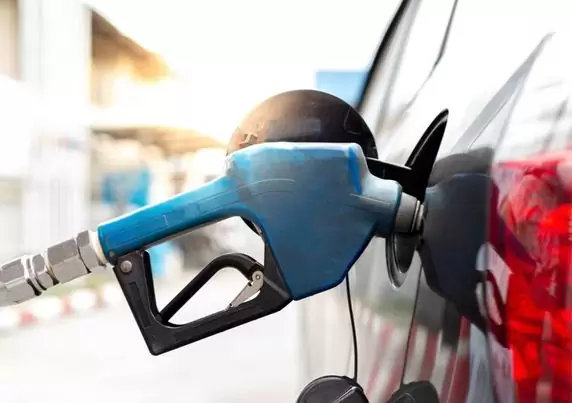 Fuel prices in Albania were increasing before the war was launched in Ukraine which brought another adding to the increase of such price all over the world. Earlier on, the Member of Parliament, Mr. Belind Këlliçi warned in a post that gas stations pumps inspection fee has been doubled. Faktoje’s verification showed no factual increase of fees as to do so, a decision is needed from the Ministry of Finance. However, the latter claimed that the concession company, Noa Control, has requested a fee review and a working group has been set up on the issue.

‘Ministry of Finance has doubled the gas station pumps inspection fee from 14 thousand ALL/pump per year to 28 thousand ALL per year. Fuel companies pay such fee to the concession company, Noa Control’ – declared the MP, Mr. Belind Këlliçi, through a post on his Facebook official page. He emphasizes the advent of increase upon the rising of the oil price. In our country, oil and gasoline prices have currently reached the threshold of 200 ALL/litre, whereas liquefied gas is at 100 ALL/litre. Based on this statement, Faktoje decided to perform a verification and initially emailed Mr. Këlliçi asking him about the sources he bases such statement.

Screenshot of the request sent to the MP, Mr. Belind Këlliçi

In his reply to Faktoje, Mr. Këlliçi states: ‘Information has been obtained based on news published on portals such as MCN, Syri, CNA, Lapsi etc.”

Meanwhile, Faktoje sent a request for information to the Ministry of Finance and Economy on February 16th, 2022 aiming to obtain information on the service price provided by the concessionaire company, Noa Control. In its response to Faktoje’s request, MFE sent us attached an information of the General Directorate of Metrology stating that until March 30th, 2020, before being granted a concession, this service was provided by such directorate being dependant of MFE and that, up to that date, there had been no price change. Meanwhile, this Directorate does not have any information after the concession of the service.

*Note: Fees are nominated in the amount, excluding VAT.

GDM emphasizes that tariffs have not changed until 30.03.2020, noting the ending date of the service provided by this Directorate. Following such date, the service has not been performed by GDM and it has no information regarding the verification fees applied by the Concession Company. Screenshot of the answer given by the General Directorate of Metrology

The Ministry of Finance and Economy, regarding the claim of doubling of gas stations fees, states:

‘The prices has not been doubled and no decision is made by the Ministry of Finance and Economy regarding this matter. The fee paid by the entities for the service of verification and legal inspection of the measurement instruments of fuel and liquefied gas is the fee set out in the Joint Instruction of the Minister of Economy, Trade and Energy and the Minister of Finance No. 2, dated 08.02.2013.’ The instruction guarantees the service fee unaltering, which shall remain the same throughout the contract term.

In a statement  made on 16 July 2019, the Ministry of Finance and Economy stated that, based on the Instruction No. 2, dated 8.2.2013 ‘On Service Fees and Payments’, it hereby guarantees the application by the concessionaire of the same fee applied at that time in accordance with the legislation on Metrology and that there shall be no additional costs in the future throughout the concession period. Hence, there shall be no price increase. Statement of the Ministry of Finance
Faktoje conducted a verification regarding such instruction , dictating the fees of the service for inspecting fuel pumps and showed that no increase of price has been applied up to now, thus remaining in force of the fee unaltering. A few days after Faktoje’s interest in this matter expressed through a request for information on 22 of February, the Minister of Finance and Economy, Mrs. Delina Ibrahimaj made a public statement regarding this issue. Ms. Ibrahimaj confirmed the request made by the concession company aiming to review the fees and the Ministry has therefore set up a working group which is assessing whether we are in terms of changing the fees (tariffs). According to the Minister, the Technical Group has not yet come up with a result.

Two days after the statement made by Minister Ibrahimaj, the Concession Company, NOA Control, in an official statement considered the media reports on doubling of fees at gas stations as unfounded, however did not clarify how much is the current price of the service and how much is the increase requested from the review, as confirmed by the Minister of Finance, Mrs. Ibrahimaj.

We also submitted an official request to Noa Control aiming to clarify these details, but until the publication of this article we have not received a response.

Screenshot of the request for information submitted to Noa Control

The performed verification showed that the statement of the MP, Mr. Belind Këlliçi on the doubling of fees at gas pump stations is False, since the actual increase has not happened. However, Faktoje is monitoring developments on this matter, following the MFE’s confirmation of the request made by the concession company with the aim to review the fees. It’s worth recalling that developments took place a few days before the military attack on Ukraine, a conflict that was followed by the immediate rise of fuel prices all over the world.