By Faktoje.al - 31 October, 2022
Countering disinformation and media development in Albania

The government is doing an awareness campaign to save electricity, in a situation of a global crisis, spending money. At the end of September, a spot that cost KESH around 250,000 euros was broadcast on social networks and main televisions. The two-month spot comes at a time when families are waiting for the decision to increase the price of energy for the band above 800 kWh per month. Media analysts consider this propaganda, while for energy experts a campaign with such expenses is a waste of public money.

“Together with the Minister of Education, I will leave on the 14th from the schools of Tirana with a group of young men and women, employees of OSHEE, KESH, and OST, who have volunteered to go to every class and share with the children how to save energy and why it is important today to make sure we save energy.” – declared during the presentation of the new package of Social Resistance, the Minister of Infrastructure and Energy Belinda Balluku.

The awareness campaign announced by Minister Balluku started from “Lasgush Poradeci” school in Tirana to continue with meetings in other educational institutions throughout the country. In parallel with this initiative, the government has taken several other steps in the framework of saving energy in times of crisis. One of them includes the media and social networks, which, unlike the volunteering of employees in schools, is accompanied by a financial bill for the KESH budget.

Through a negotiated procurement procedure, the Albanian Electricity Corporation paid ALL 29,144,400 (including VAT) for an information and education campaign for citizens/families on the use or saving of electricity in times of energy crisis. 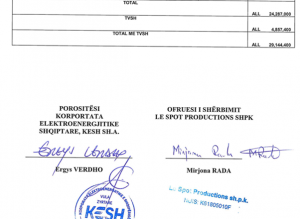 In the documentation provided by Faktoje, through a request for information, KESH clarifies that the main objective of the campaign is information, education and awareness.

“The information provided through this campaign will reach every Albanian family to ensure they pay attention to using electricity as efficiently as possible at home or in their daily work environment.”

But more than information and awareness about energy saving, the spot that is being broadcast in the media and social networks, according to experts, resembles propaganda.

“The advertisement itself is pure propaganda: “The government protects us, the government provides us”…. The government is supposed to manage taxpayers’ funds, not be Santa Claus. – comments for Faktoje the analyst Lutfi Dervishi, adding that the current crisis dictates the need to open a debate on energy.

“As a principle, there should be a strong division in the media between advertising and the information sector. In practice, whoever advertises gains immunity from practice. Today, more than calling for savings, there is a need to open a debate on energy. And this debate cannot be opened unless there is a critical examination of what has happened until now,” continues Dervishi.

Referring to the contract, the spot and the other awareness materials will be broadcast on television, radio and social networks during October-December, which coincides with discussions on the increase in the price of energy for households that consume over 800 kwh per month. And the lion’s share of 67.9% of the total bill goes to at least the three main television stations in the country, as well as several news channels. 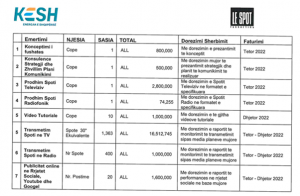 For energy experts, the Corporation’s expenses on such information campaigns are excessive, at a time the leaders or representatives of energy institutions have sufficient media space and count thousands of followers on social networks.

“We have about 90,000 people with disabilities in the country, plus their caregivers, who will be compensated for electricity. For tetraplegics, the support aid is only 3000 lek, while for the blind it is 2400 lek, which in my opinion is very little, not to say ridiculous. If the focus was not propaganda in the media or social networks, the 290 million (old) lek allocatec to these services would have been better used as direct support for this category.” – argues Azmer Dulevič for Faktoje, adding that the entire amount spent is a waste of public revenue without an economic justification and with a message contrary to what the advertising spot tries to propagate.

“Albanian Electric Corporation has closed the first 6 months of this year with a loss of 12 billion lek, in contrast to the approved plan, which predicted a profit of 667.7 million lek. It is true that this situation has come as a result of the increase in expenses for energy purchases by KESH, so starting from this situation, KESH could have saved itself this money.” – Dulevič concludes his comment.

But the financial bill of this campaign is not the only problem. In order to develop the energy saving awareness campaign, KESH has followed a procedure with negotiation without announcing the contract notice, based on a decision of the Council of Ministers no. 1195, dated 08.05.2008.

From the verification that we made of the legal basis, it appears that the Corporation has violated a point of the procedure, which is related to transparency. Specifically, point 9 of the DCM states that the invitation for negotiations must also be announced on the institution’s website. But the invitation for the negotiation has not yet been published on the official website of KESH .

The Government has undertaken another step in the context of saving through a normative act, which provides, among others, a 15% reduction in energy consumption by public institutions. Also, with the entry into force of this normative act, the interruption of lighting on every main and secondary intercity road will begin after 22:00. 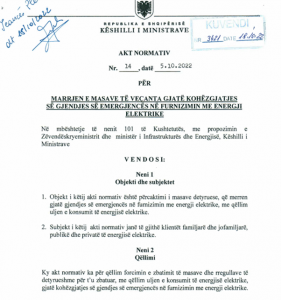 The external lighting of public buildings, cultural facilities, monuments, squares and fountains will also be interrupted. State institutions are prohibited from using air conditioning at a temperature lower than 27 degrees in summer and higher than 21 degrees in winter. The Normative Act will not be applicable to institutions providing health services, schools, kindergartens, police stations and institutions for the execution of criminal decisions.

Girls who have chosen to fight for Ukraine with their influence 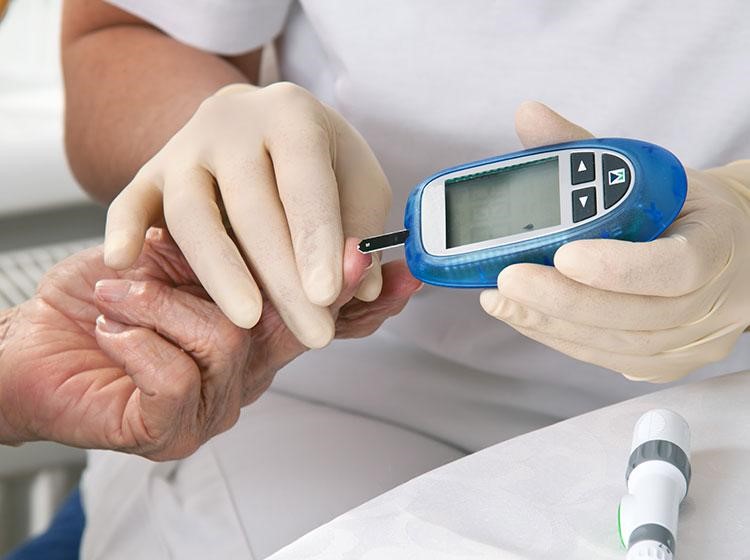