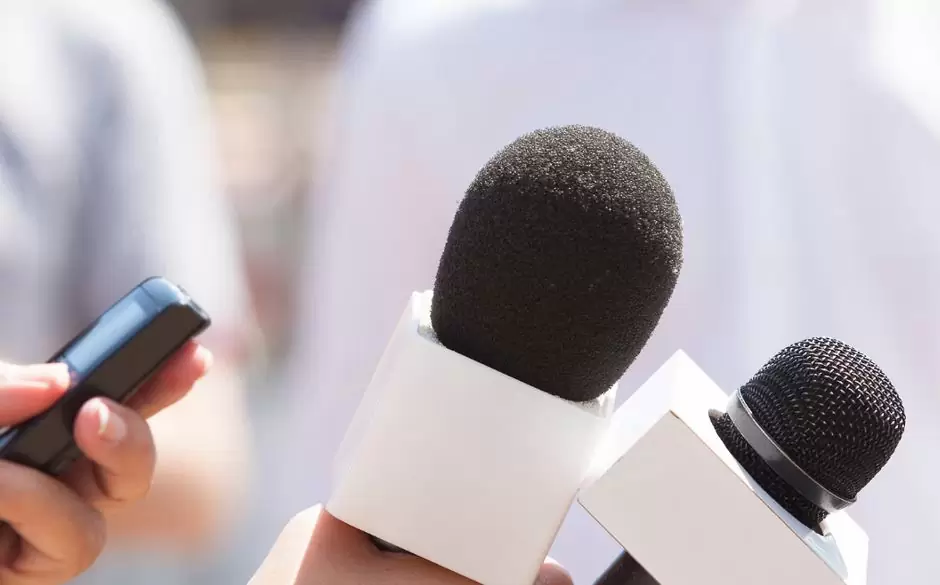 The key points of the hearing session held this Wednesday in the Committee on Education and Media in the Albanian Assembly was the function of Media and Information Agency, what change will bring the structure of 69 employees paid by the state budget and whether this agency centralizes information for journalists and citizens, violating the law on the Right to Information. In the hearing required by the opposition, the Director of the Agency, Mr. Endri Fuga and the Director of the Regulatory and Compliance Department and, at the same time, Deputy Secretary of the Council of Ministers, Mrs. Elira Kokona, provided details about such structure often contested in the media. The Director of the Media and Information Agency, Mr. Endri Fuga and Director of the Regulatory and Compliance Department and Deputy Secretary of the Council of Ministers, Mrs. Elira Kokona reported to the Media Commission of the Assembly in a session requested by the opposition. Democrat MP, Mr. Ina Zhupa addressed approximately 15 questions regarding MIA operation and among the most discussed matters were: the functioning model of this agency, the appointment of ministries’ press spokespersons by the Director of Agency and not by the ministers, centralization of information to this agency and the violation of the law on the right to information for media and citizens.

According to the Decision of the Council of Ministers and the act regulating the operation of the agency, the press spokespersons of ministries should be appointed by the Director of the Media and Information Agency and not by the relevant ministers.

“This agency is based on a model; it is not an Albanian invention. It is based on a model and mission, functions and divisions of departments are taken from a model which is not unknown, but is the German model of the Federal Agency for Press and Information”- said  Fuga, during the hearing.

Meanwhile, during the technical clarifications of the opposition questions, the Deputy Secretary of the Council of Ministers, Mrs. Elira Kokona, when talking about technical matters concerning the draft of Decision of the Council of Ministers supporting the establishment of this Agency, stated that in addition to the German model, the other model taken as reference is the Italian one.

However, in September 2021, when this Agency was first introduced, Faktoje verified that the German model taken as a reference is not an identical structure to MIA and the difference starts with the way ministries’ spokespersons are appointed.

One of the representatives of the German government’s press office informed us by then that the Government Spokesperson speaks about the Federal Chancellery and the Federal Government as a whole. Individual ministries decide on the appointment of spokespersons on their authority.

This is what two fact-checking organizations operating in Germany confirmed to us:

“As far as I know there is no such agency in Germany, I have never heard of it. Ministries’ press spokespersons are appointed by ministers. Maybe there is a misunderstanding. In Germany we have the government press office on the one hand, however it does not speak about all the ministries. We have something called “Bundespressekonferenz“, however this is not a government agency, but an independent organization, mainly of journalists. They hold official government press conferences and do not appoint spokespersons.” – was written in the response of Correctiv.org

Even the representatives of Pagella Politica organization also confirmed that they have not heard of such a structure in Italy.

An agency for more information, but it hardly comes

The addition of a new media and information structure that should provide more access to information for journalists and the public is not happening.

According to the Director of the Agency, journalists should continue to contact the spokespersons of the ministries for issues under the responsibility of such ministries. For issues, such as the case of the Social Resistance Package requiring the coordination of several institutions, the role of the agency is needed to serve for time-reducing purposes.

“Spokespersons do the same job they did before, the only thing that has changed is that there is better coordination on issues that affect several ministries together,” said Fuga.

However, what Faktoje has found during the recent months coinciding with the operation period of the Media Agency is that the response to requests for information continues to be in many cases beyond the legal deadline forcing journalists to keep going with the complaint process to the Commissioner for the Right to Information. It seems  that public institutions are playing “ping-pong” with journalists in response to requests for information, a right provided by the Law on the Right to Information.

A new cliché response, instead of information, is sent mentioning Article 3 of the Law on the Right to Information, limiting the response to submitting the document. A modest agency in budget and assets

Referring to the agency he has been running since January, the Director Fuga described it as “a modest agency in budget and assets”.

According to the report of Mrs. Kokona, Deputy Secretary of the Council of Ministers, the budget of this agency that was foreseen before the structure was built is as below and is divided into 4 items:  Salaries = 80 million ALL, insurances = 12 million ALL, capital expenditures = 90.5 million ALL and operating services = 48 million ALL.

Referring to the item of capital expenditures, both reiterated that it is an item that is subject to change in the future.